Blow for Chelsea as top-scorer Abraham injured against Newcastle 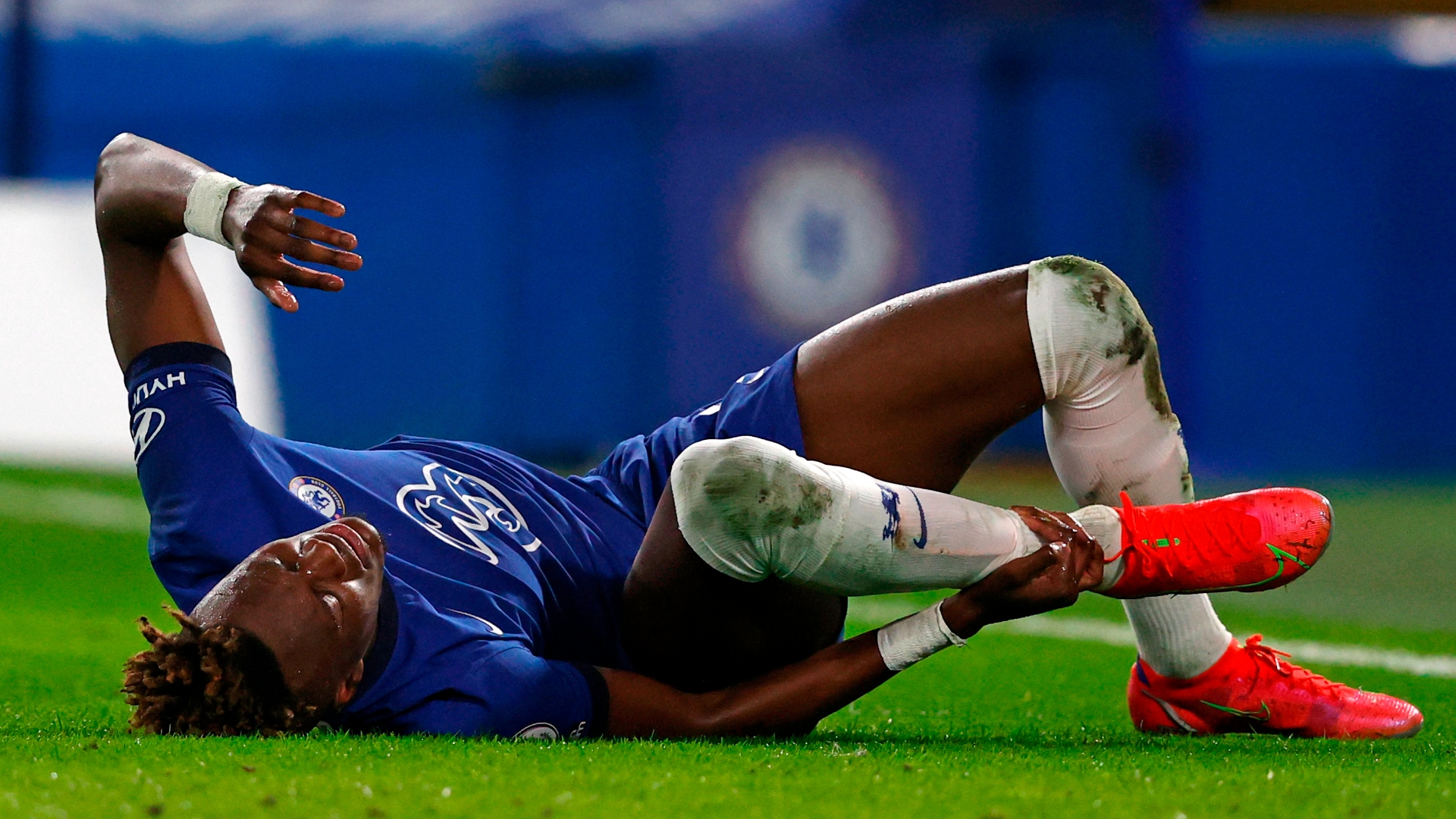 Tammy Abraham has missed out on a chance to impress new manager Thomas Tuchel after going off injured in Chelsea’s clash with Newcastle.

The England forward was handed a start after Tuchel was impressed with his performance against Barnsley in the FA Cup, but his evening lasted only 20 minutes.

After going down with an ankle problem, Abraham - Chelsea's top scorer this season with 12 goals - was treated on the field but could not continue and was replaced by Olivier Giroud.

What happened to Abraham at Stamford Bridge?

Abraham went in pursuit of a through ball, but the retreating Jamaal Lascelles got back to make an excellent saving tackle.

In making the challenge, Lascelles got the ball but caught Abraham with his follow through.

Having been on the stretch, Abraham fell awkwardly and immediately clutched his ankle and looked in pain.

He stayed down for some time before being given treatment and ultimately hobbling off to be replaced by Giroud.

Tuchel confirmed in his post-match press conference that it’s too early to provide an update, but was not happy with the challenge from Lascelles.

“It was a reckless tackle,” Tuchel said. “Yes he played the ball. It was a foul.”

He added to BBC Sport: "It's serious enough he had to go out and we worry about him and hopefully he will not miss too many matches."

The forward kept his place in the starting XI after scoring the winning goal against Barnsley last week.

But aside from goals in the cup - he netted a hat-trick against Luton - his cupboard has been bare since scoring three goals either side of Christmas.

His absence will hand a chance to Giroud, but he is not a long-term option for Tuchel.

In what is a condensed season due to the late start, Chelsea have a raft of games on the horizon.

The Blues are in the second week of Champions League action, so face Atletico Madrid over two legs on February 23 and March 17. They also have Premier League games with Southampton and Manchester United before February draws to a close.