USMNT boss Berhalter: I didn't believe how good Busio was until I started working with him 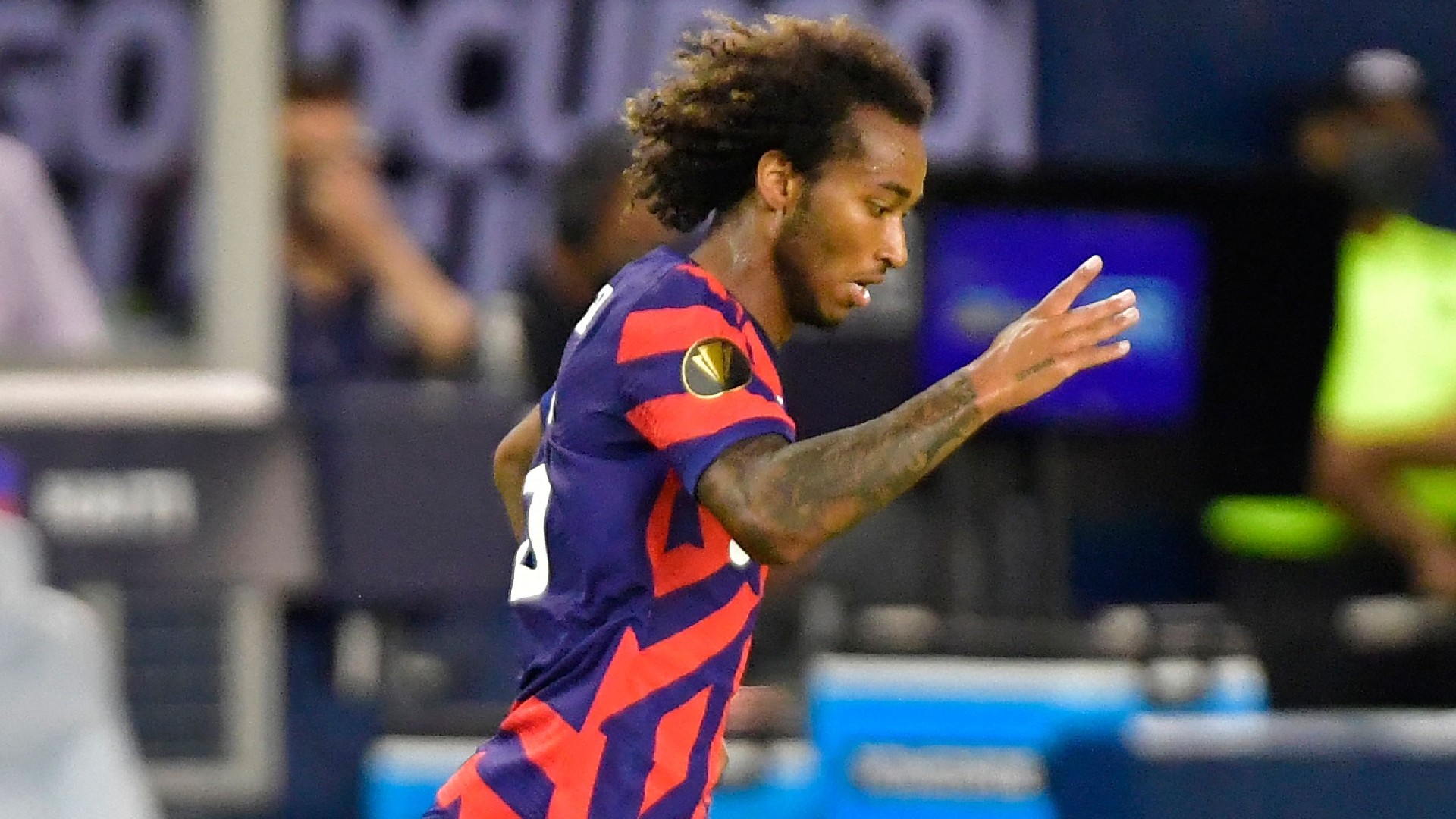 The midfielder has now earned three senior caps while making a believer out of the U.S. head coach

U.S. men's national team boss Gregg Berhalter said he did not believe how good Gianluca Busio was until he got the midfielder in camp, despite consistent praise from Sporting KC head coach Peter Vermes.

And, as Busio looks set to move to Serie A side Venezia in a multi-million dollar transfer, Berhalter says he's now a believer after the teenager earned his third USMNT cap in a 1-0 win against Canada in the Gold Cup on Sunday.

What did Berhalter say?

"Peter's been singing his praises for the last couple of years and I didn't really know what he was about until I started working with him," Berhalter said after the USMNT's 1-0 win over Canada in their Gold Cup group stage finale. "When I see this kid in training and games, he is special.

"For him to deal with the game like he did and play the way he did, it shows a lot about his quality. I thought, in the beginning of the game, he was excellent in his position. Again, we asked him to have a complicated role moving up in offense and down in defense and he was able to understand it, grasp it and perform well."

Berhalter full of praise for Sands and Robinson

Busio wasn't the only youngster to earn the praise from Berhalter after what ended up as a fairly ugly 1-0 win over Canada.

He also discussed the rise of Miles Robinson and James Sands, both of whom shined after captain Walker Zimmerman went down with an injury.

Robinson is seen as a player that could play his way into the World Cup qualifying squad, and Berhalter acknowledged that the Atlanta United defender has leveled up in recent days.

"When you have speed like he does,  it makes it so much easier on your group, whether that's stepping in or it's recovering behind you," Berhalter said. "He had a number of one-v-one duels, I think of one in the second half against [Tajon] Buchanan, who is a really good player, and he handled it well.

"Miles has taken the next step and now it's about in knockout games, can he recover now and then, in a knockout game, can you repeat that same type of performance?"

Sands, meanwhile, shined in a unique role that saw him step into the midfield in possession.

The NYCFC youngster has shown that he has plenty of ability on the ball, and Berhalter believes there's more to come from Sands in the weeks and years to come.

"with James, I really liked him moving up into midfield," Berhalter said. "He gave us a numerical advantage and we're happy with it. I think at times it worked really well.

"James, in the first 20 minutes was, I think, one of the best players in the field. He dominated the game stepping forward, winning the ball, really calm on the ball, and then as it went, like most of the team, it was hard to sustain that level."