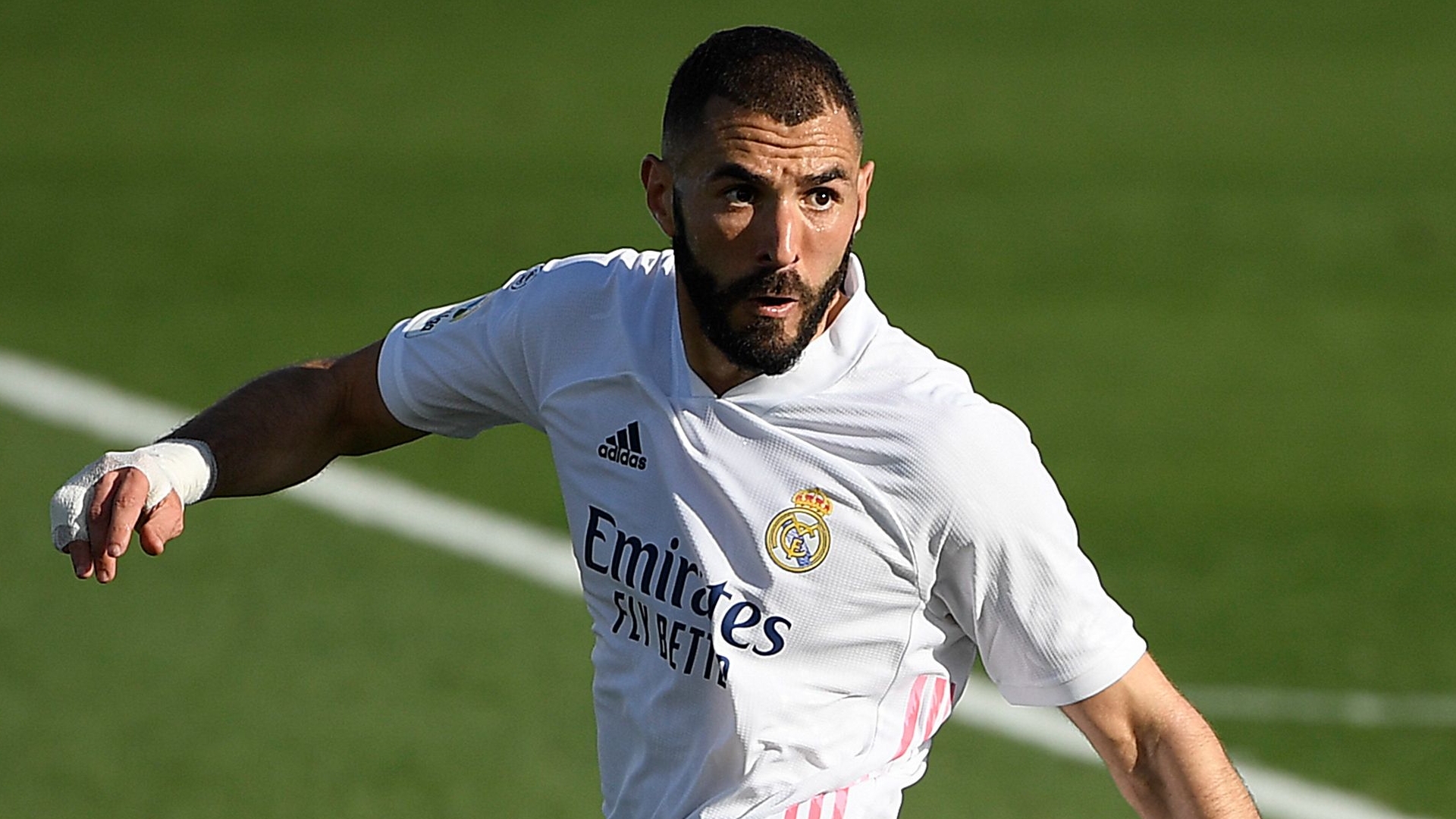 Karim Benzema is playing the best football of his career for Real Madrid but can still improve, according to head coach Zinedine Zidane.

The 33-year-old's latest telling contributions, following on from a brace against Athletic Bilbao, took him to seven goals and five assists for the champions in La Liga this season.

He leads Madrid in both regards, also topping the charts in terms of shots (40), shots on target (18) and big chances created for his team-mates from which they would be expected to score (five, tied with Rodrygo).

Leading the line alone this term, unlike in that campaign when Cristiano Ronaldo carried the burden, Zidane has been delighted by his number nine's form.

Asked if this was Benzema's best-ever stretch, the coach told reporters: "I think so, yes. Most recently he's been in his best form. What he's doing recently, he's been phenomenal.

"What's yet to come? I think Karim can even get better than he is now - that's what we all hope, for the team, for him, personally.

"On top, it's his ambition. He wants to get better as well as a player. That's very important."

Benzema has played 12 of Madrid's 14 league games, but they took just one point from the two matches he missed.

Indeed, Madrid have won all seven of the fixtures Thibaut Courtois, Sergio Ramos, Casemiro and Benzema - the team's spine - have started together, claiming only two victories when at least one of that quartet have been absent.

Zidane's team selection has therefore come under scrutiny with the topic of rotation broached at Tuesday's news conference before a midweek clash with Granada.

"It's true that recently the team has been playing very well and we've rotated less, but I think the players are ready and training very well.

Despite the reliance on their key men, Madrid are level on points with rivals Atletico Madrid at the top of La Liga, although Diego Simeone's men have two games in hand.

Real Sociedad, who have played a further game more, are three points back in third, but Zidane is not yet calling a two-horse race.

"We know how difficult this league is. You ask me about Atletico Madrid, they are going to say the same thing as me," he said.

"In any way, we're going to face difficult teams until the end to win this league."