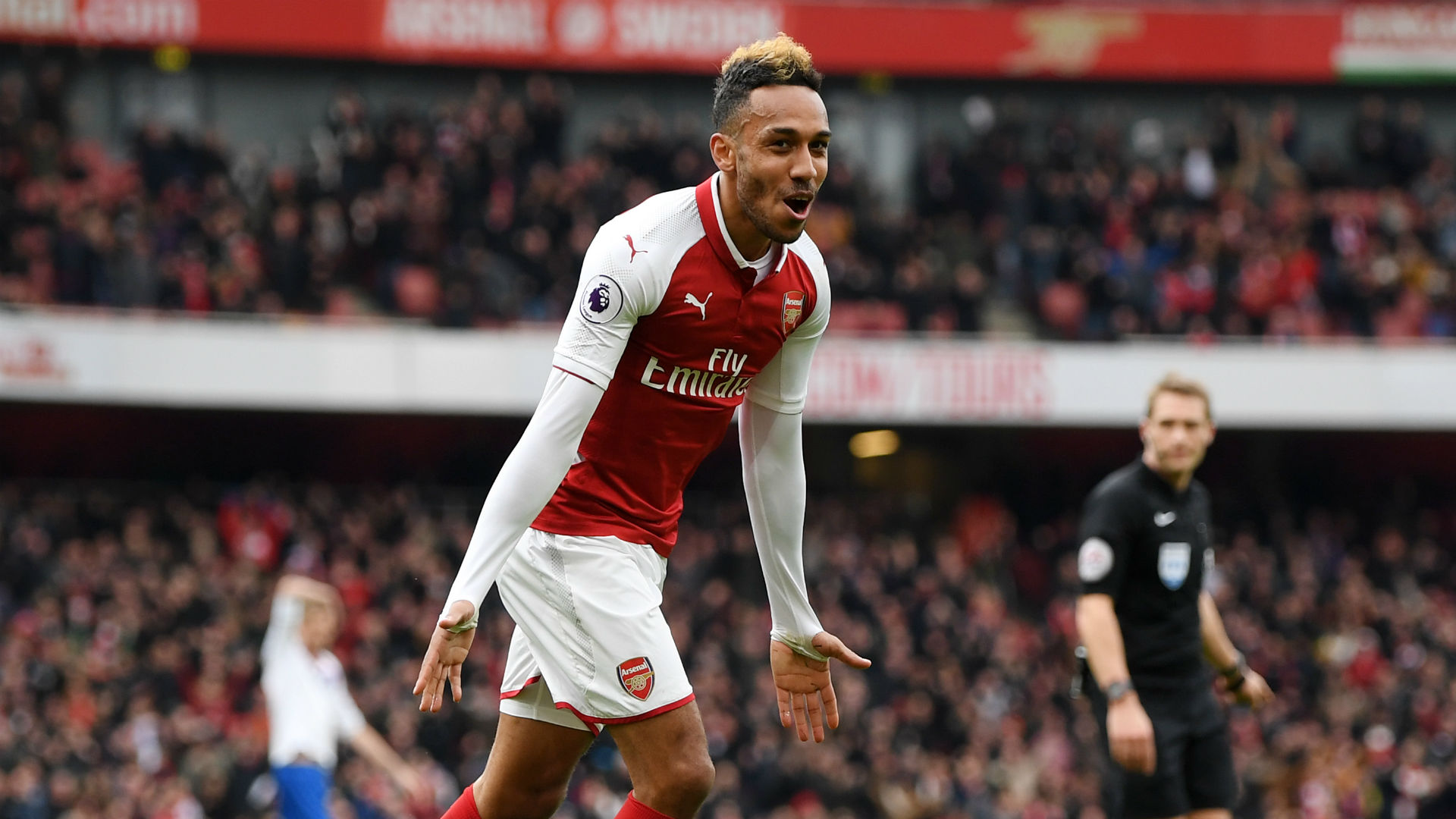 The Gunners invested a club-record £55 million fee in the Gabon international when acquiring him from Borussia Dortmund during the January transfer window.

A deadline day deal was pushed through as Arsene Wenger sought to bring another proven performer onto his books.

It has not been the easiest of starts for Aubameyang in England, with Arsenal enduring an alarming dip during the time of his arrival.

He has, however, already shown that he can be a regular source of goals if presented with the right opportunities.

Two of those arrived against Stoke, and were gobbled up by a predatory frontman.

Aubameyang’s first in a 3-0 win came from the penalty spot, before doubling Arsenal’s lead four minutes from time.

There was a chance for him to claim a first hat-trick for the club in the closing stages, but he allowed Alexandre Lacazette to take a second spot-kick of the afternoon with a place in the record books already wrapped up.

5 - Pierre-Emerick Aubameyang has now scored five goals in the Premier League; the most by any Arsenal player in their first six appearances in the competition. Alive. pic.twitter.com/Ha3tfxFvSb

Unfortunately for Arsenal, they are unable to use Aubameyang in the one competition which really matters to them at present.

His efforts in the Premier League look set to be in vain when it comes to another frustrating top four challenge.

The Gunners can, however, still find a route into the Champions League by winning the Europa League

Aubameyang is ineligible for that competition, though, and is having to make do with domestic action for now.

He is making the most of it, with his early efforts seeing him burst out of the blocks quicker than iconic figures such as Ian Wright, Thierry Henry and Robin van Persie.