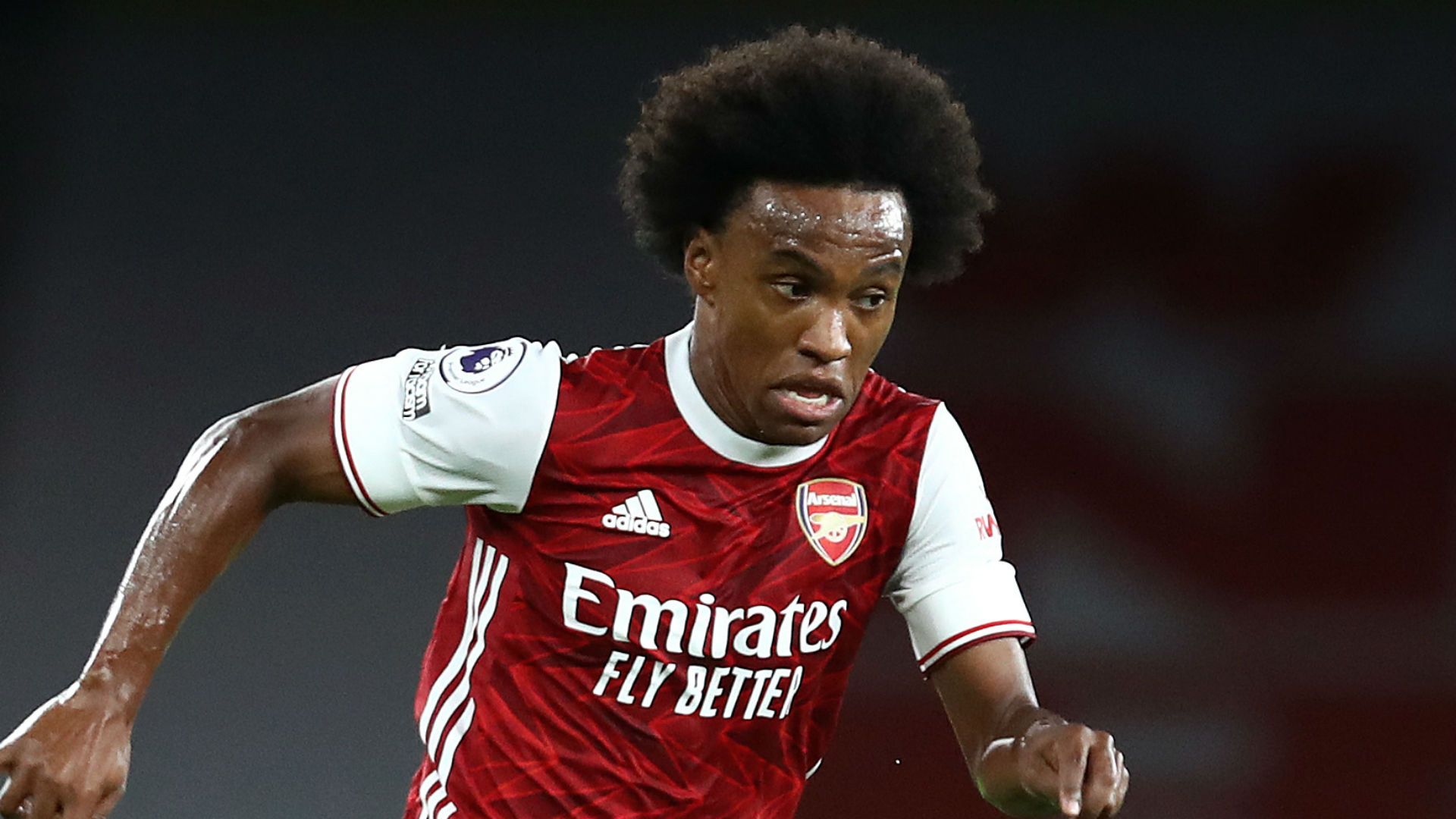 Mikel Arteta has backed Willian after the Brazilian’s recent slump in form and says the attacker will get ‘better and better’ as he continues to adjust to life at Arsenal.

The former Chelsea star enjoyed an excellent start to his Gunners career, picking up two assists on the opening weekend of the Premier League season during a 3-0 win at Fulham.

But he has failed to register a single assist in eight appearances since and has yet to score his first Arsenal goal.

His under-par performances have led to many questioning his continued place in the starting XI, especially at the expense of Nicolas Pepe - who has already scored three times this season.

But Arteta has leapt to the defence of the 32-year-old and is adamant that Arsenal will soon start seeing the best of the summer addition.

“Then we’ve been changing the front three and they need to generate that cohesion, that understanding and those relationships on the pitch between the front players in order for things to work better.

“I can see a development in the last two games and the understanding of things that we do but he’s not used to. He’s getting better and better and we all know the quality that he has and he’s a great option to have on the pitch."

Arteta added: “He’s a player who can make a difference, he’s got the ability to find that last action to open the door when everything is really tight.

“To score a goal, create an assist and the personality and understanding that he has on the pitch to manage the game we need in certain moments. At Old Trafford, I think he did that really well.”

Arsenal host Aston Villa on Sunday looking to back up their impressive win at Manchester United last time out in the Premier League.

Arteta’s side currently sit ninth in the table, level on points with Villa but a place behind them on goal difference.

The Gunners have scored just seven goals in their opening seven league games and Arteta accepts that is something that must improve.

“We need to be more productive,” he said. “In the last few weeks’ve found teams with lower blocks. We’ve trained to be ready against that, we’ve experienced that throughout the games and [against Molde] you could see a big improvement.

“That’s probably the final bit that we need to improve upon as a team because there’s many areas where we’ve improved on a lot.

“In the last few weeks that we’ve improved with the goals and the creativity but it’s the consistency that we need in the final third.”