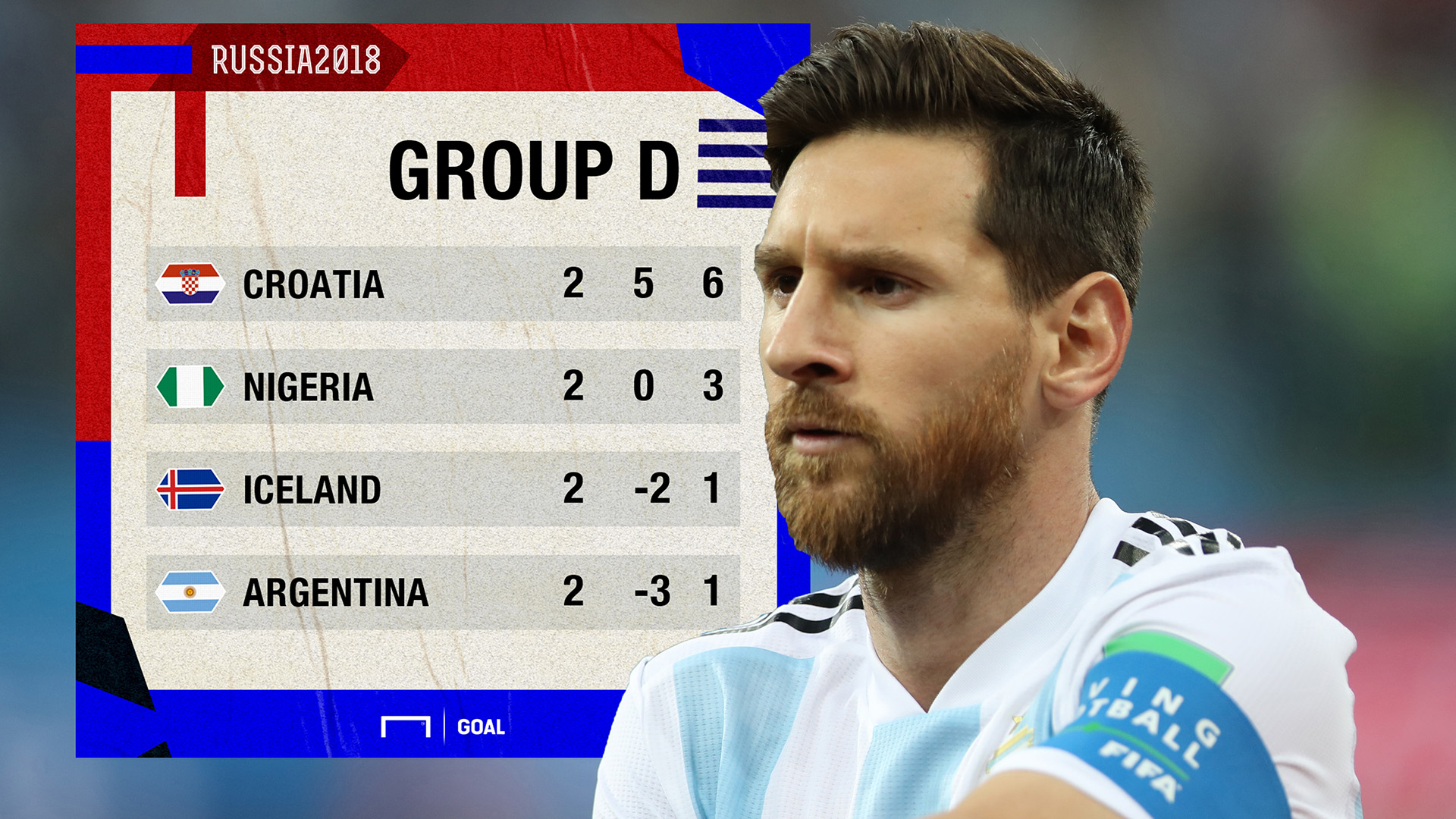 Jaws dropped when Willy Caballero gifted Ante Rebic a free shot at goal as Argentina faced Croatia at the World Cup. It took 53 minutes for the deadlock to be broken, but the South American side paid for their slapdash defending as Rebic's strike rippled the net.

From there it was all Zlatko Dalic's side, with Luka Modric thumping home a thunderous strike to make it two before Ivan Rakitic coolly slotted home to put the result beyond doubt.

But for all of Argentina's faults fans do not want to see one of the greatest footballers of all time in Lionel Messi heading home so soon.

And they may have been granted a reprieve, from an unlikely source. Nigeria beat Iceland 2-0 on Friday, blowing the group wide open and allowing Messi and Co. another shot at staying in the competition, with a do-or-die clash with the Super Eagles looming.

So what needs to happen for Argentina to progress?

Well, there are a couple of different scenarios:

In short, if Argentina fail to beat Nigeria they will crash out of the World Cup.

Iceland have the ability to progress, too; if Argentina and Nigeria draw, and the European underdogs beat Croatia by three clear goals, they will progress.

France, as Group C winners, would await Argentina in the last 16 should they qualify from the group stage.

Albiceleste fans will likely not be worrying about quarter-final opponents with their team in such a dire position, but should they reach that stage of the competition they will play either the Group A winner, Uruguay, or the Group B runner-up, Portugal.