By Alex Young
David Silva is one of three Manchester City players among the most effective players in the league, while Leicester City and Everton also boast three of their own in the top 10
David Silva continues to reign supreme in the Premier League despite struggling with injury this season.

The Manchester City midfielder made his return to league action against Southampton after picking up an ankle problem while on international duty with Spain, which saw him miss five league outings.

But Silva, who made a late 15-minute cameo in the 3-1 win over Ronald Koeman's side, remains top of the pile in terms of attacking output, averaging a goal or assist every 62 minutes with seven. 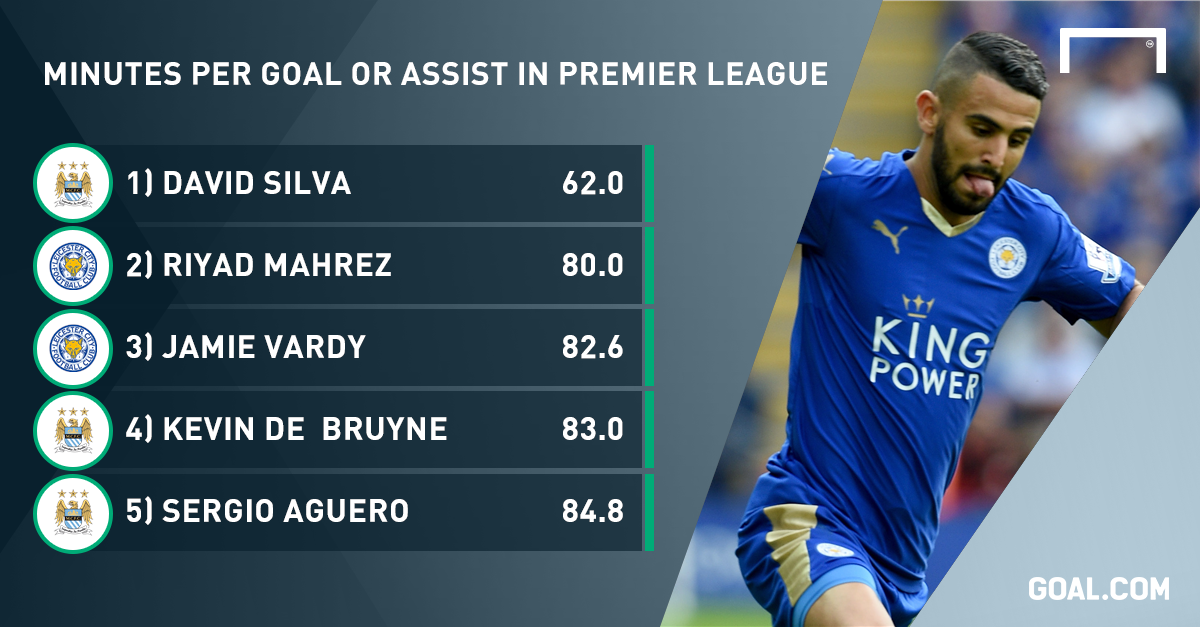 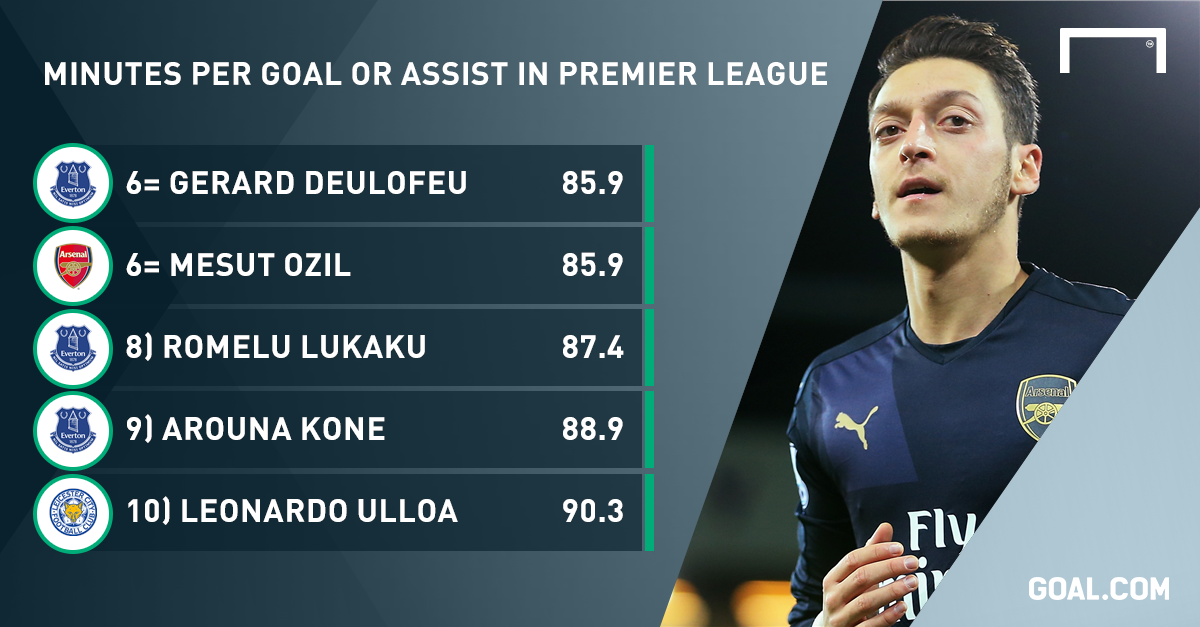 Leicester City duo Riyad Mahrez and Jamie Vardy are also high in the rankings, boasting 13 and 15 a piece, while Silva's team-mates De Bruyne and Aguero have 10 and eight to their names, respectively.

Mesut Ozil leads the Premier League assist charts with 11, five more than his closest rivals, but with only two goals finds himself missing out on the top five, sitting alongside Everton's Gerard Deulofeu.

Everton boast three players in the top 10, with striking pair Romelu Lukaku and Arouna Kone sitting in eighth and ninth with a tally of 14 and nine goals and assists each.

Interestingly, Leicester's Leonardo Ulloa, who has had to make do with a bit-part role under Claudio Ranieri this season, sneaks into the top 10 with a total of three goals and assists.
Close