Chris Myson
The Reds face their local rivals in a crucial Premier League derby after the international break, but their Brazilian forward is in confident mood

Philippe Coutinho says being above Everton in the Premier League is the only thing Liverpool have to think about ahead of the Merseyside derby.

Liverpool host their local rivals at Anfield on April 1 after the international break, with Coutinho currently on duty with Brazil.

Everton have not beaten the Reds since 2010 and are without a win in an away derby since 1999, but come into this game in fine form having lost just once in the top-flight in 2017.

Despite Ronald Koeman's men now sitting within six points of fourth-placed Liverpool, Coutinho insists he is not concerned about those runs coming to an end.

"I don't think about that or worry about that," Coutinho told reporters about the prospect of Everton finishing above them in the table. 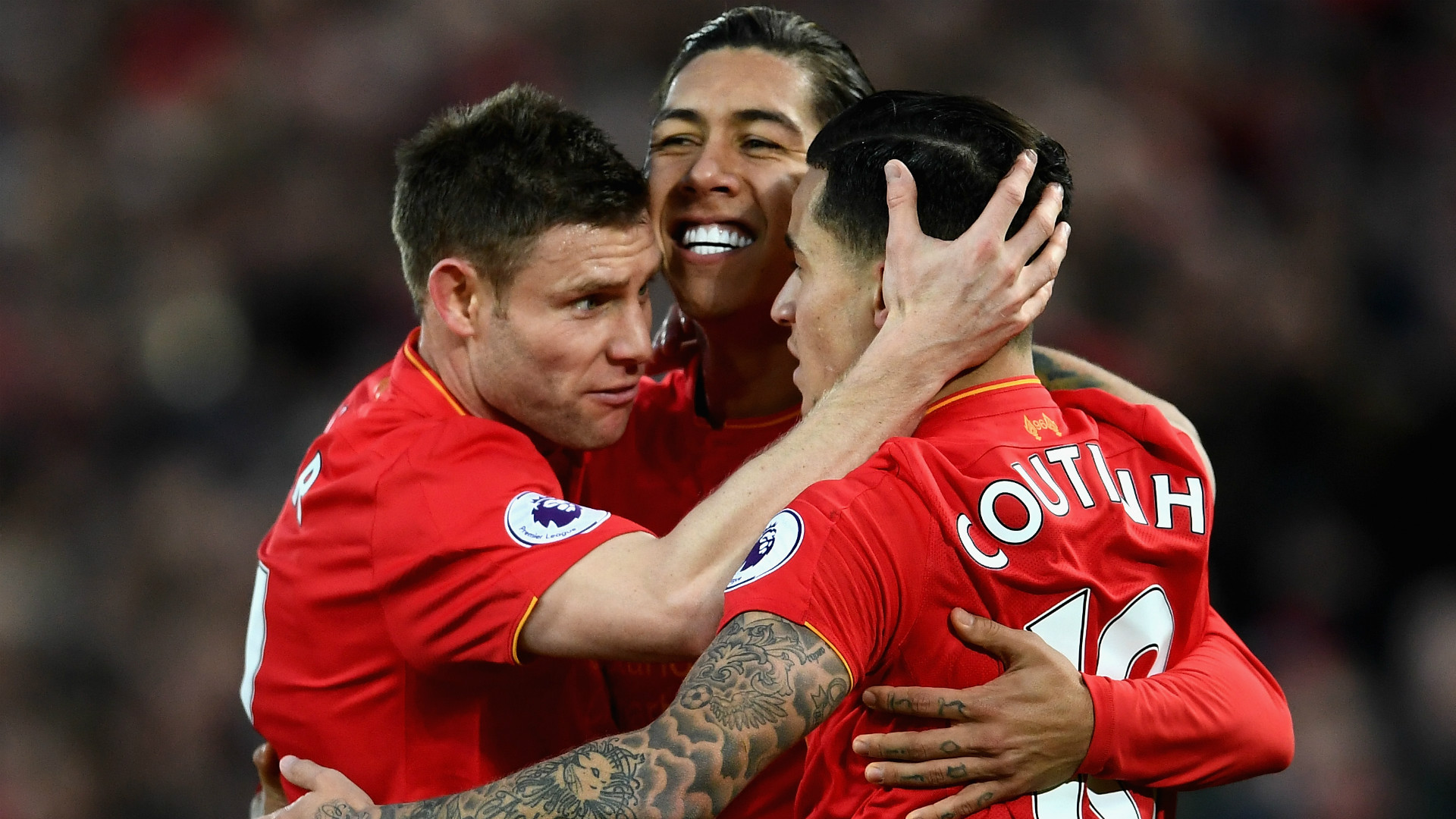 "Right now, Liverpool is higher in the league, that is the reality and that is all we have to think about.

"We will be ready. The derby is a very special match for everyone, the fans and the -players.

"We know what it means. The people of Liverpool live this match with so much emotion and this time it is even more because Everton have improved so much in recent weeks.

"We know it won't be easy, but we know we have to win, for our fans, for our morale and for everybody.

"I don't even think about any of our rivals – including Everton. All I want to do is to help this club get into the Champions League and finish as high in the table as we can."