Gareth Bale will not be a great player until he leaves Cristiano Ronaldo and the Real Madrid forward's "gigantic ego", according to Republic of Ireland legend Johnny Giles.

The 27-year-old is Wales' star man, but Giles - who represented his own country for 20 years between 1959 and 1979 – does not think he is at the highest level in the world game.

Giles feels Bale needs to get away from Madrid team-mate Ronaldo to become a great and make his own mark, with his Wales form an example of what is possible.

"Bale has a bit to go before I would call him a great player," Giles wrote in the Irish Independent.

"It seems to me that he needs to get away from Ronaldo to make the final step. 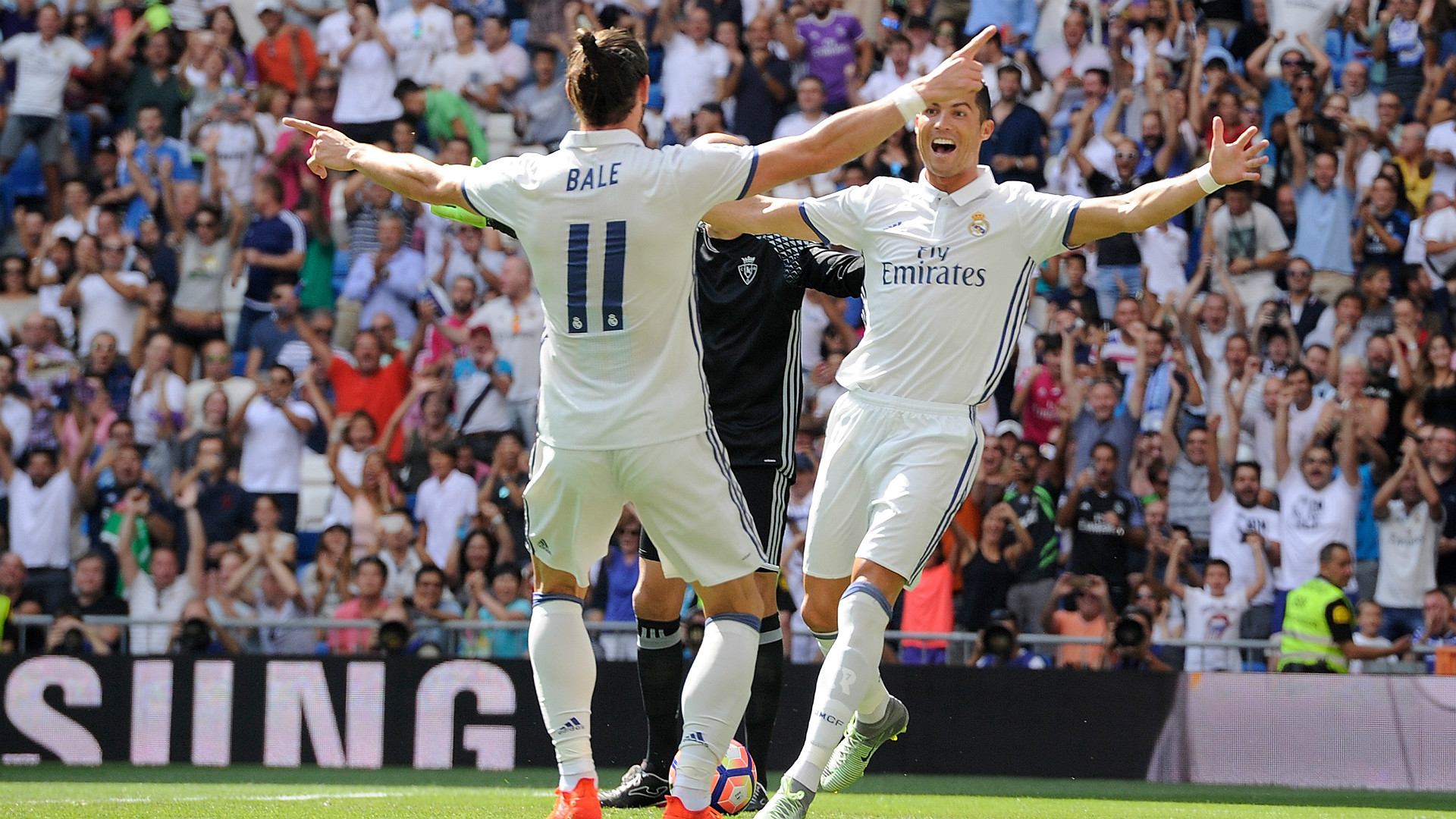 "His problem is that he is trying to find room to express his talent in a team controlled by a gigantic ego. Bale is good enough to be the main man but he can't be while Ronaldo is around.

"I really like Gareth Bale, first as a player and secondly as a human being.

"I don't know him but everything I've seen leads me to think he's a good lad with very few airs and graces and he remains rooted in his family and friends back in Wales.

"While Ronaldo, with all his money and medals, still feels the need to show off, still stands on the tips of his toes to make himself big in team photos, Bale gets on with his work and plays for the team.

"Wales has been a great outlet for Bale and we have seen by the way he leads the team that he has a genuine passion and delight in playing for his country.

"I don't buy the idea that Wales are a decent team without him. They have Aaron Ramsey who thinks he's a great player but isn't. Without Bale, they would be very average."

Wales boss Chris Coleman, though, hit back at Giles' comments, saying he must be a great manager to get top performances from Bale if he is not a player of the highest level.

Keane: ROI have no plans for Bale

Coleman told reporters: "I must be hell of a manager then - I'm happy with those comments because it makes me look good!

"Me and [Ireland boss] Martin O'Neill both know full well that when that whistle blows and we lock horns, it doesn't matter what is said, who is a good player or who is not a good player."