Barcelona star Luis Suarez believes team-mate Lionel Messi is the best player of all time as he opened up about his decision to turn down Real Madrid.

Suarez joined Messi at Camp Nou in 2014 and they, along with Neymar, form arguably the world's best attack.

The Uruguay international has no doubt as to the world's best player, saying Messi was the greatest ever.

"Messi is the best in history," Suarez told Onda Cero.

"He is also a spectacular human being who welcomed me very well when I got to Barcelona." 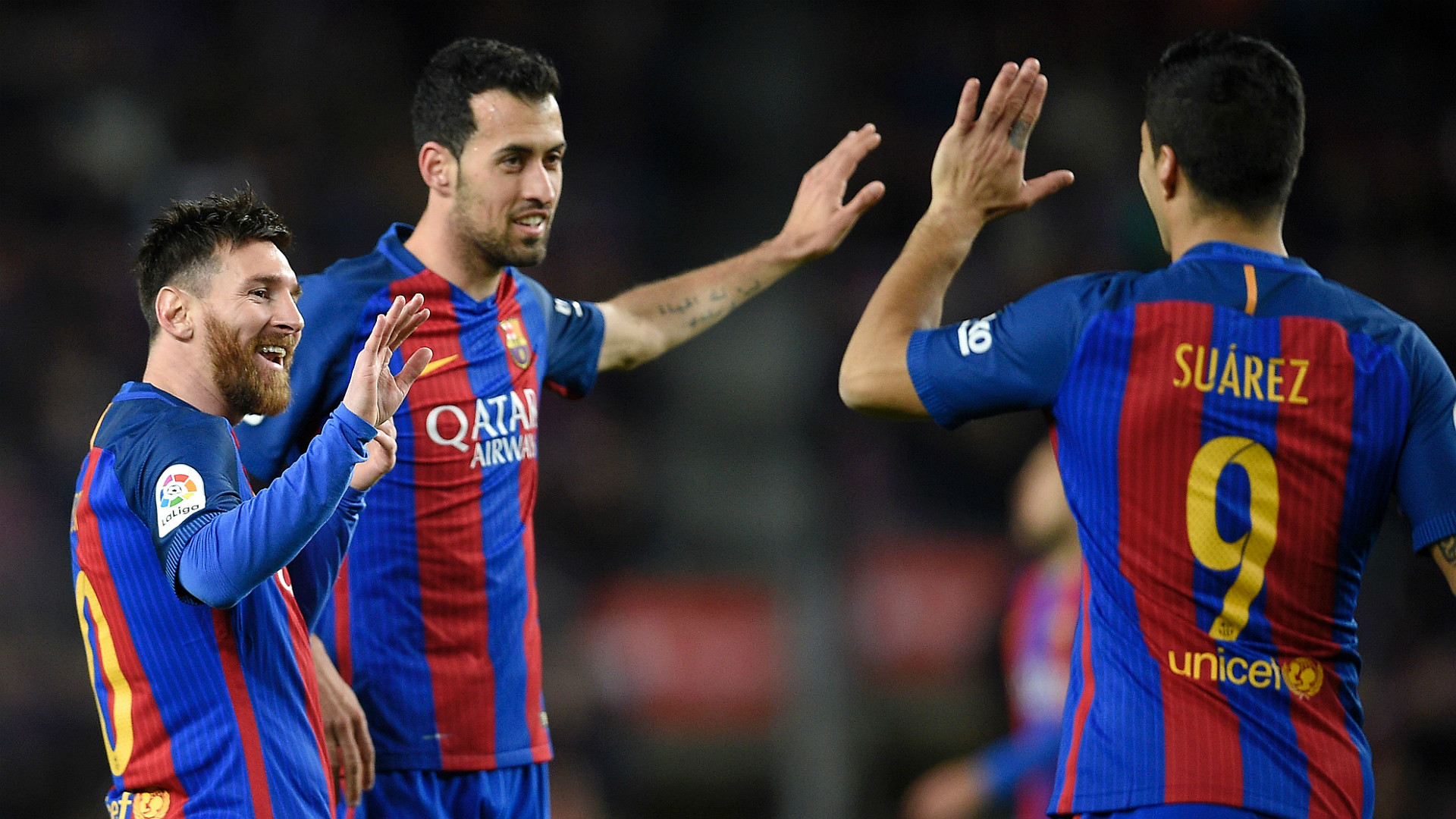 Suarez headed to Barca after impressing at Liverpool, but it could have been different.

Instead of Messi, the 30-year-old had an opportunity to be lining up alongside Cristiano Ronaldo at Santiago Bernabeu.

"There were talks with Real Madrid, but when Barcelona appeared, I didn't hesitate," Suarez said.

Messi (21 goals) and Suarez (20) are top of the LaLiga goalscoring charts and Barca sit a point clear of Madrid, who have a game in hand.