Brendan Rodgers is confident his reshuffled Liverpool squad will have the quality to deal with the threat posed by Bordeaux in the Europa League on Thursday.

Successive defeats in the Premier League have quickly ended Liverpool's impressive start to the 2015-16 campaign, and Rodgers has opted to make a raft of changes ahead of their first Group B clash.

Six first-team players - including £32.5million striker Christian Benteke - have not travelled to France, but Rodgers insists his approach is the right one to take.

"We respect them greatly," he said. "We have enough experience here as well as some young players. It's a chance to play players who need games.

"Hopefully that will get us a result.  I have every confidence whatever team we put out can win the game.

"It's about getting the performance level right.  If we do that we'll get results.

"I want to see greater control and greater creativity. This is a tournament we want to do well in." 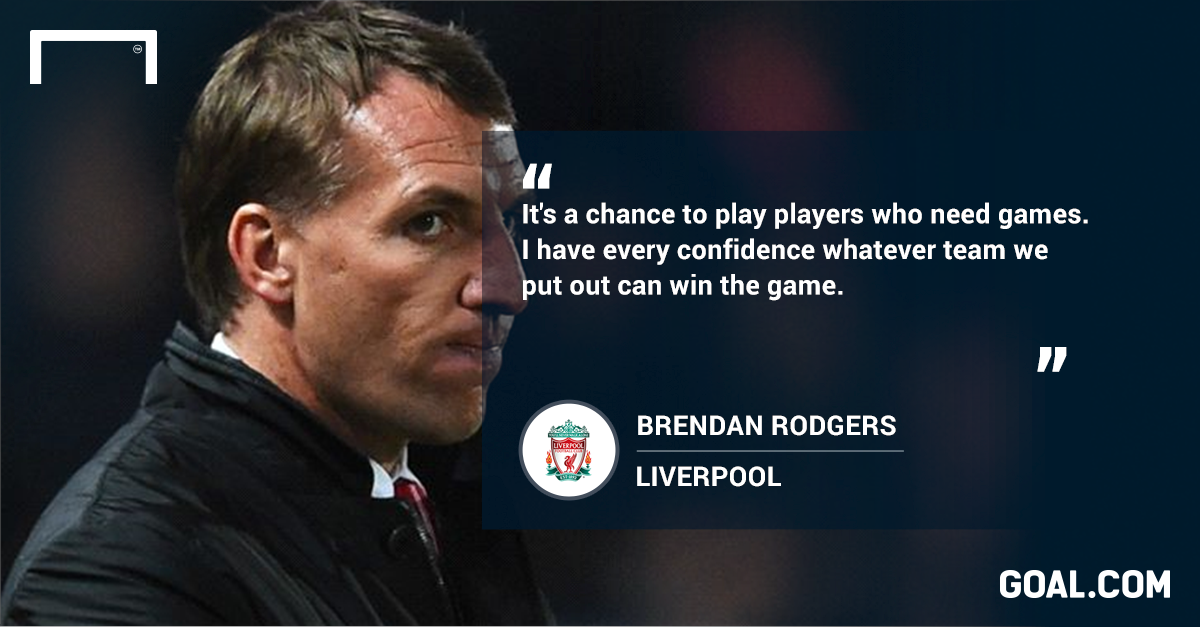 Meanwhile, Liverpool midfielder Jordan Rossiter is confident the club will get their season back on track after a poor run of form.

The Anfield club sit in 10th position, already eight points adrift of leaders Manchester City, and Rodgers' job has been thrown into doubt as a result.

However, youngster Rossiter believes Liverpool will turn their form around as soon as captain Jordan Henderson, Philippe Coutinho, Adam Lallana and Daniel Sturridge return to the fold.

"We had a good start but unfortunately the last two results have been tough to take," the 18-year-old told the Liverpool Echo the Bordeaux clash.

"All the lads were disappointed after Old Trafford but we want to get back out there and put things right. I'm sure we'll do that.

"It’s a long season. A couple of weeks ago everyone was talking about how well we had started.

"There's a lot of talent in this squad. I see it every day in training. Everyone wants to improve and come together as a team.

"Against United, we were without Philippe Coutinho, Adam Lallana, Jordan Henderson and Daniel Sturridge - that's four brilliant players to come back in.

"Any team would miss players like that. They will help the team kick on and also help me to improve as a player."
Close