By Jamie Smith
The England manager revealed the striker will miss Friday's friendly against because his wedding is to be held on Wednesday, insisting the timing is not a problem

Jamie Vardy will not be available for England's friendly against Australia on Friday as he is getting married, manager Roy Hodgson has confirmed.

Vardy hit the winner in England's 2-1 win against Turkey at the Etihad Stadium, making amends for team-mate Harry Kane, who missed a penalty with the score tied at 1-1.

The Leicester City star will not travel to Sunderland, though, and instead will leave the squad to get married.

"Jamie will now celebrate his wedding on Wednesday, so we won't see him for a few days," Hodgson said.

"His wedding was planned for last June, I called him up for friendlies and he cancelled it, so he is within his rights to get married on Wednesday. 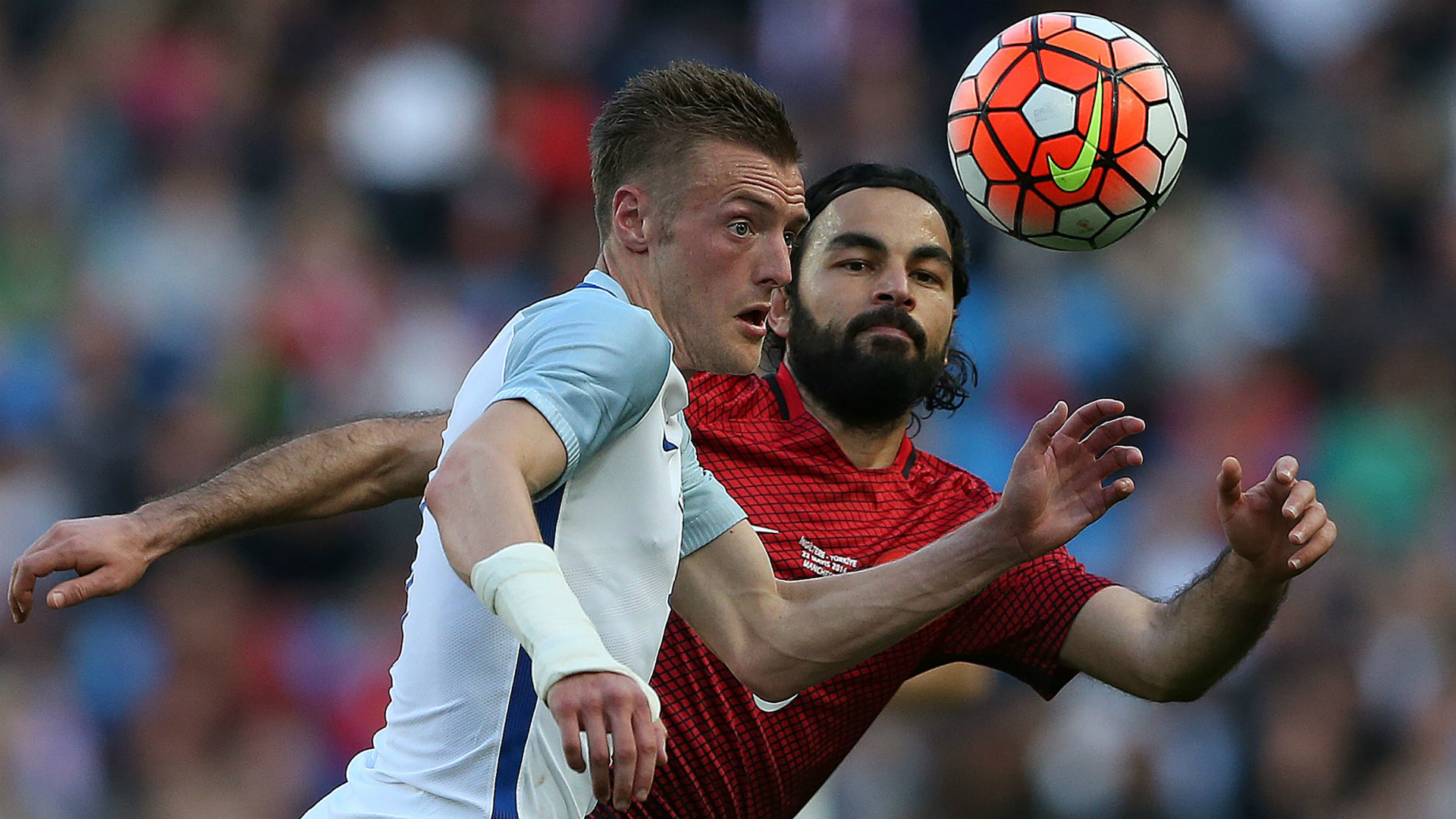 "The public might be surprised, but the major reason for it is because he had to cancel the wedding last year. It was more difficult for me to see it as an issue than maybe it would have been to complain about this date.

"Under normal circumstances, Wednesday would be when we would join up and, when he planned the wedding, he probably expected 10 days off first before coming back for international duty.

"But we know Jamie, we are satisfied with him and I don't think his place is under serious threat, so it hasn't caused me too many problems."

Although Hodgson will be without Vardy for the match at the Stadium of Light, Liverpool striker Daniel Sturridge will be available, along with captain Wayne Rooney and his Manchester United team-mate Marcus Rashford.

The teenager limped out of the FA Cup final against Crystal Palace on Saturday but Hodgson said Rashford's knee injury is "not serious" and he will be available to make his international debut against Australia.

"Kane and Vardy will face more competition when Rooney and Sturridge and Rashford turn up," Hodgson added.

"The United and Liverpool players will be involved, if fit, and as for Rashford, I believe it is not a serious injury, but we will have to wait and see when he turns up."

Hodgson was satisfied with his team's performance, with Jack Wilshere getting 65 minutes under his belt as he returns from injury.

"There were some positive aspects, large swathes of the game we played reasonably well," the England manager said.

"When you play against a team of Turkey's quality it shows these next three weeks are going to be vital in trying to make certain that we can stay compact at all times and make life easier defensively."