The Man Utd midfielder has only just returned to action after a long lay-off but is already back on the treatment table, with an MRI scan set to reveal the extent of the problem
Manchester United midfielder Bastian Schweinsteiger has picked up yet another injury while on international duty with the Germany national team, missing Wednesday's training session.

The former Bayern Munich man has had an injury-blighted first season in the Premier League, only recently returning to full fitness, but missed out on the latest training session after picking up a knock to his knee on Tuesday.

The German Football Association have confirmed that the midfielder has travelled to Munich to undergo an MRI scan to reveal the full extent of the injury, throwing his involvement in friendlies against England and Italy into doubt. 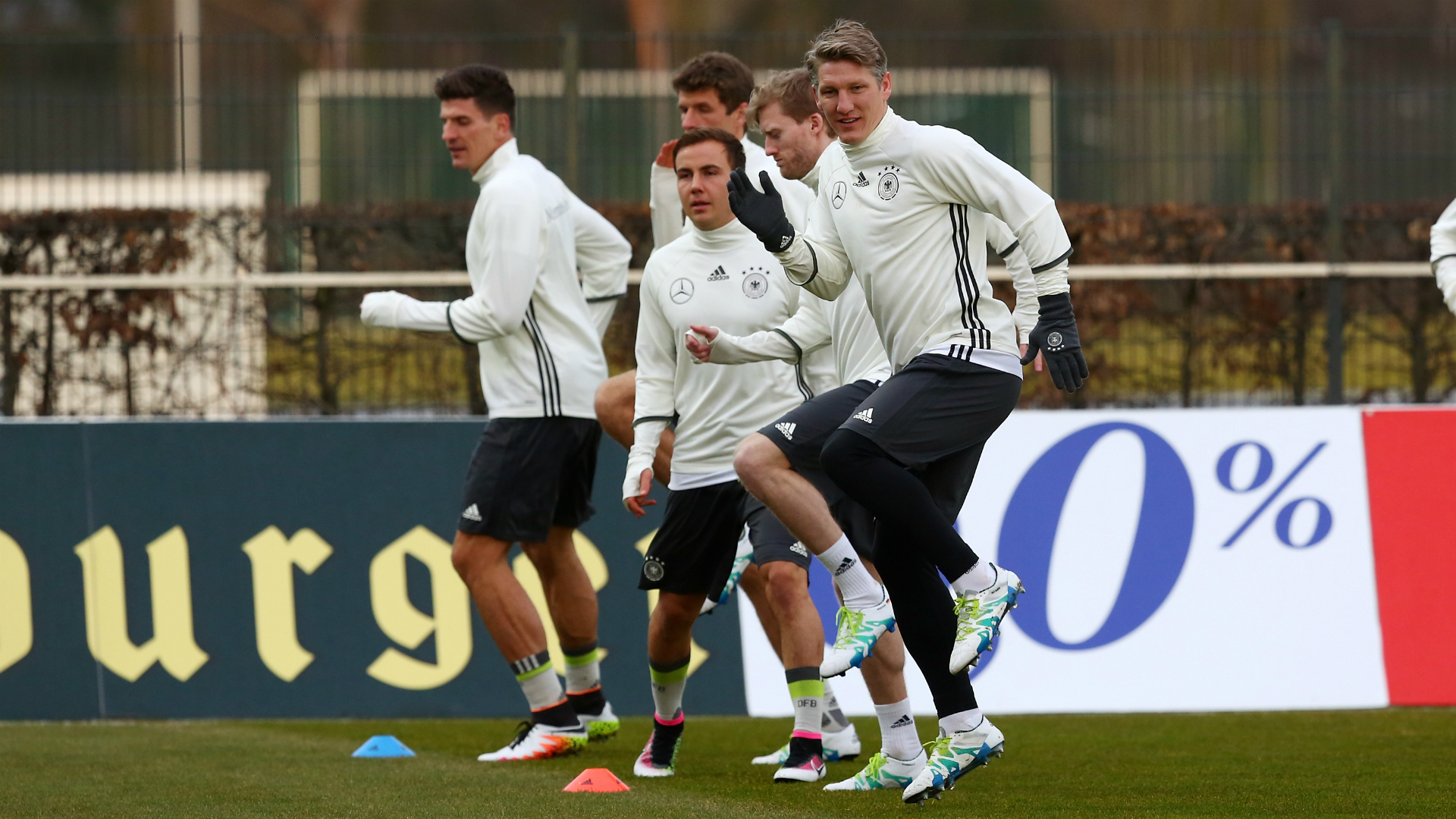 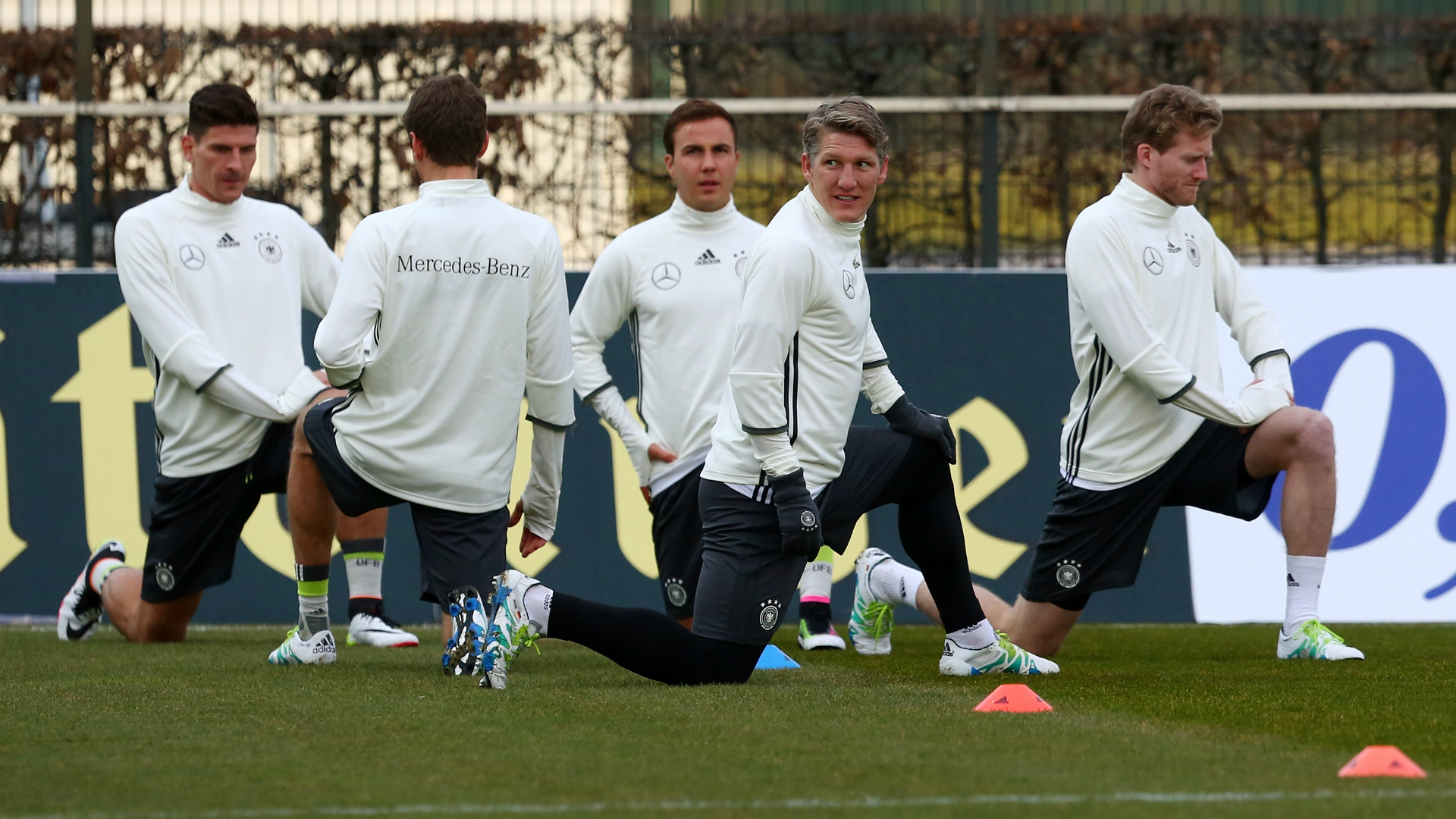 Arsenal playmaker Mesut Ozil was also absent from training on Wednesday, though his problem is not thought to be serious, while Bayer Leverkusen winger Karim Bellarabi is also carrying a knock.

A statement from the DFB explains: "The training of the national team this morning in Berlin, the penultimate before the internationals against England on Saturday in Berlin and Italy on Tuesday in Munich, was missing Bastian Schweinsteiger of Manchester United, Mesut Ozil from Arsenal and Karim Bellarabi of Bayer Leverkusen.

"World Champion Schweinsteiger was injured at the end of the session on Tuesday afternoon on his right knee. For further investigation, the captain will now undergo an MRI examination with national team physician Dr. Hans-Wilhelm Muller-Wohlfahrt in Munich.

"Ozil and Bellarabi will stay for treatment at the team hotel. World Champion Ozil had suffered a blow to his left ankle in the Premier League match on Saturday at Everton. Bellarabi picked up a bruise to his right foot in the Bundesliga match on Sunday against VfB Stuttgart."

Schweinsteiger came off the bench in Sunday's Manchester derby victory, his first appearance since January, but has been limited to just 13 Premier League starts since leaving Bayern in the summer.