By Eliot Rothwell
The Liverpool striker has selected a team without a goalkeeper as he clearly favours attack to defence in his bid for 5-a-side success
Daniel Sturridge has played with some of the world's best during his spells at Manchester City, Chelsea and Liverpool but the England international has managed to pick his ultimate 5-a-side team out of those he has shared the field with - and there are some surprises.

First up, he makes the slightly bold decision to go without a goalkeeper, clearly believing his side have enough firepower to account for shipping a few goals.

Without a goalkeeper, former Chelsea team-mate Ashley Cole is the only defender, playing behind Liverpool legend Steven Gerrard in the engine room, with Eden Hazard and Philippe Coutinho providing the creativity and Sturridge picking himself up-front, ahead of the likes of Didier Drogba and Fernando Torres.

Revealing his thought process, Sturridge said, in a video released by SUBWAY: "I'll have to go with no goalkeeper. I'll go straight-up outfield players.

"Steven Gerrard. I'll need a defender in there so I'd quite like to put Ashley Cole, you know, because he can attack, and he's good technically.

"Hazard, probably Coutinho, as well. Coutinho will squeeze in there. I've got to play. I'm not going to be on the bench. So, I'll have to pick myself." 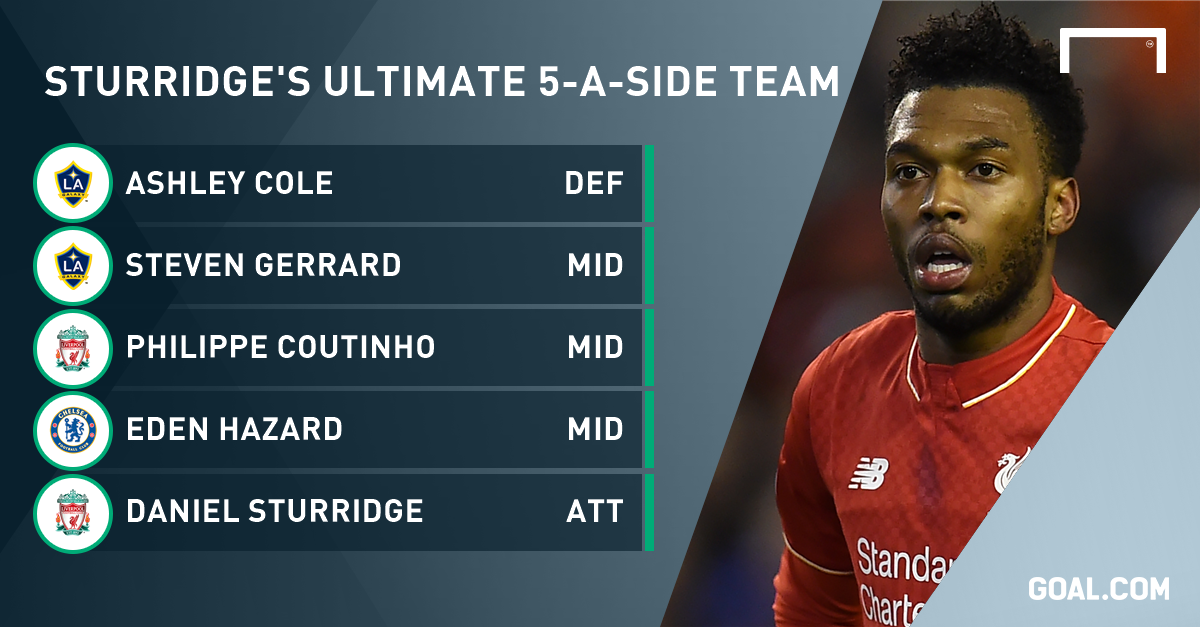