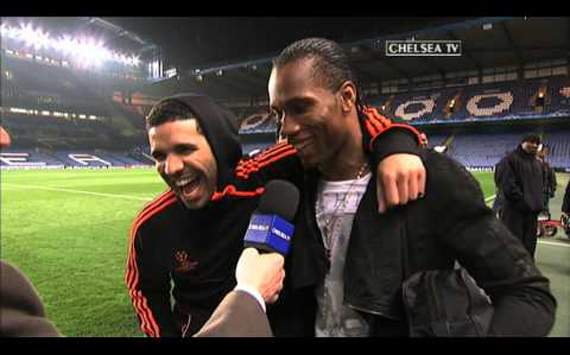 Drake, an avid football fan, thanked Didier Drogba for sending his entourage tickets to the game on Wednesday night.

He told Chelsea TV: "It's one of the greatest nights of my life ... what a legendary place to be - Stamford Bridge.

"Even though I'm across the water, I'm a big football fan and to be out here with these guys is absolutely incredible."

On Drogba, he added: "He's my favourite player in the world and I got to meet him.

"Today I got to come out here, kick around at Stamford Bridge, I can't ask for anything else, this guy made it happen for me." Drake is currently touring the UK and was spotted with Italian striker Mario Balotelli earlier this week in an Indian restaurant following a performance in Manchester.

The rapper paid tribute to the striker during his gig, claiming that he was a "new family member".

I'd imagine it helped that Balotelli allowed Drake to use the executive boxes at the Eithad Stadium ... 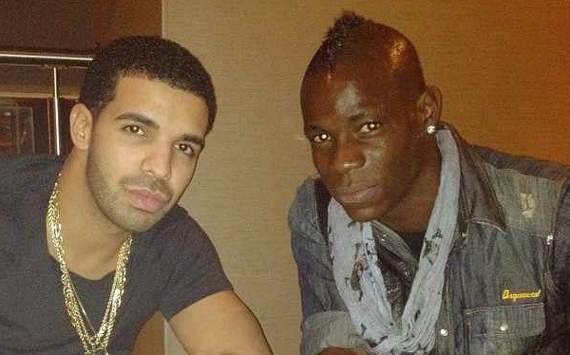 Drake enjoying a curry with his 'new family member'
Close