The Dutch striker would be able to exploit Article 17 ahead of his current deal running out in 2013, while Spurs are working hard to sign Brazil international Leandro Damiao 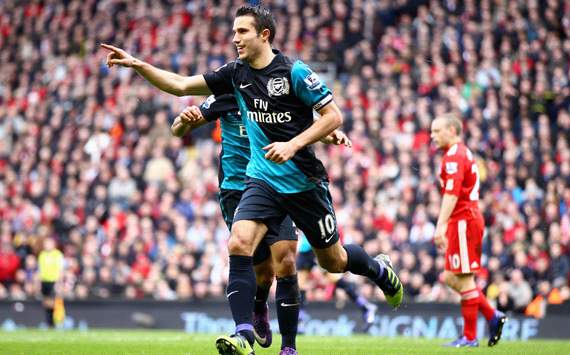 Robin van Persie can terminate his contract this summer under Fifa transfer regulations that would deny Arsenal a transfer fee for their prize asset, The Sweeper can reveal.

Van Persie is entitled to exploit the little-used Webster ruling within 15 days of the end of the current season, which would then signal the start of a potentially 18-month legal battle with Fifa and the courts to determine a compensation figure payable to Arsenal.

Sports lawyer Juan de Dios Crespo Perez, who represented former Hearts player Andy Webster in the landmark 2006 case and is the world’s leading authority on the subject, told The Sweeper that Van Persie “is entitled and can do it easily” but players and buying clubs are reluctant to use the ruling because of uncertainty over how much it will cost them.

Article 17 of Fifa’s Regulations for the Status and Transfer of Players, which has become known as the ‘Webster ruling’, states that a player who signed a deal before the age of 28 can walk away from his contract three years after the deal was signed.

Van Persie would be eligible because he signed his four-year contract aged 25 in July 2009, an agreement which ties him to Arsenal until 2013. The ‘protected period’, as Fifa describes it in its rules, runs out in June.

Perez, who represents the Spain-based law firm Ruiz-Huerta & Crespo, told The Sweeper: “He must notify his club [Arsenal] within 15 days after the last official match of the season [on May 13]. Then the former club shall go to a national court or Fifa to claim for breach of contract.

“Van Persie is entitled to use Article 17 and he can do it easily but the indemnity is not sure at all. I do see him using Article 17 but really it is a negotiating tool.”

Since Webster, there have been only two Article 17 cases that have been decided by the Court of Arbitration for Sport – the Brazilian midfielder Matuzalem was instructed in 2009 to pay Shakhtar Donetsk €11.8m (£9.8m) for breach of contract and Italian goalkeeper Morgan De Sanctis had to pay his former club Sevilla €2.25m (£1.9m) when a judgement was made in March 2011.

Nevertheless, there have been other players who have used the ‘Webster’ ruling to negotiate a move before settling their cases amicably – including Jonas Gutierrez, Valon Behrami, Stephan Lichtsteiner and Paulo Assuncao.

When Webster won his case, the calculation payable was the remainder of the contract, which in Van Persie’s case would be one year’s salary - around £4m.

Perez explains: “The remaining of the contract issue is not used anymore. Now there are a lot of objective criteria like the remunerations in the former and new club, the remaining years, amortisation of transfer fee, replacement costs etc.

“If Van Persie uses Article 17 there is no transfer fee involved. It would be a compensation that Fifa and then CAS (or a national court if it’s possible in the country) had to calculate and that him and the new club would have to pay at the end of the procedure.”

Perez does not expect a stampede of Article 17 cases in the future because of the variables involved.

“It is an effective rule but it is like a divorce – not everybody is using it,” he said. “It is not used more as we cannot predict the outcome of the compensation to pay and acquiring clubs are not willing to take the chance. They think it is too risky as the indemnity cannot be known.

“It is definitely a tool to be used within the negotiation for a move or, even better, for a new and bigger contract.” 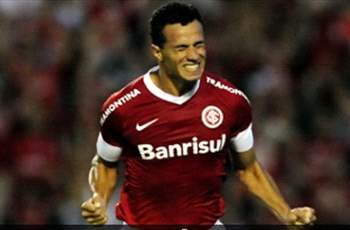 Tottenham chairman Daniel Levy is known for his scornful attitude towards agents - but a leading player representative is playing a key role in the club’s attempts to nail down the Brazilian market.

Leon Angel of Base Soccer Agency has been working to try and bring £20m-rated striker Leandro Damiao from Internacional to White Hart Lane, having brokered Sandro’s move in the same direction in 2010.

Angel, one of the most powerful agents in the UK, set up the Brazilian arm of his agency in 2002 and is now using his influence to offer players to the north London club.

Spurs are pursuing a policy of targeting the hottest talents in Brazil with a view to bringing them over to England and nurturing them into superstars. Sao Paulo defender Bruno Uvini is currently on trial with the Londoners and the club have also held preliminary talks over a potential move for Santos playmaker Ganso.

Which former Premier League star playing on the continent put his foot in it with his club colleagues by claiming that he would be a better player if he played for Barcelona?
The individual in question has already left some of his team-mates bemoaning his healthy pay packet given some of his less-than-impressive performances this season, and was brought to task by club officials for recent comments made to the media.