Goal.com also reveals how Wales' World Cup plans could be affected, why Younes Kaboul is a regular visitor to the dentist's chair and why AC Milan have been flirting with Drogba 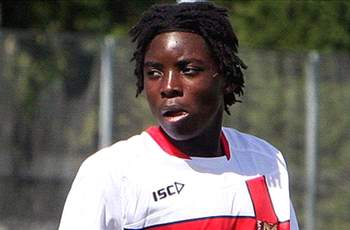 There was widespread surprise on Thursday when MK Dons revealed that 14-year-old prodigy Seyi Ojo had completed a move to Liverpool and not Chelsea.

It had been widely reported last month that Chelsea had agreed a £1.5 million down payment plus £500,000 of add-ons for the striker, who has already won two England Under-16 caps and played for the Dons’ Under-18s team when he was just 13.

However, The Sweeper understands that Liverpool snapped up the teenager for considerably less than the £2m fee that has been suggested after taking advantage of Chelsea’s surprising reluctance to push through the deal.

The Merseysiders are also believed to have benefitted from a strong relationship with the League One club. Manager Karl Robinson, at 31 the youngest of the 92 bosses in the English professional game, spent eight years coaching at Liverpool’s Academy before taking the step up to the senior game and has maintained close links with the club who allowed him to balance a non-league playing career alongside his coaching development.

The first hint in youth-team circles that Chelsea had not closed the deal came with Ojo’s appearance for the Under-18s against Tottenham two weeks ago, a match in which he played 73 minutes.

One source close to the situation said “Chelsea dropped the ball”, that Liverpool assumed pole position in the race for the youngster’s signature and negotiated a fee with MK Dons that is “a lot lower than has been suggested”.

Robinson, who is close friends with Liverpool's long-serving defender Jamie Carragher, has gone public in the last week about his dissatisfaction with “vultures” circling the outstanding crop of youngsters produced by the League One club. However, there is no suggestion that Ojo was one of the players approached illegally by an agent. Wales have made rapid progress in the last 12 months but increasing disquiet behind the scenes could impede their World Cup qualification plans.

The Sweeper understands there is concern among staff about the Football Association of Wales’ (FAW) willingness to provide the backing to reinforce the team’s position as genuine contenders for a berth at Brazil in 2014.

FAW chief executive Jonathan Ford has taken a lot of credit for the appointment of Gary Speed and his Dutch No2 Raymond Verheijen, who have overseen a dramatic transformation in results, performances and professionalism, but he has antagonised some of his employees with what one insider described as a “big ego”.

Wales have won four or their last five matches and would have qualified for next summer’s European Championships had they beaten England at Wembley in September rather than suffered an unlucky 1-0 defeat.

Although Speed is contracted until 2014 and has no plans to walk away from the position he took up 11 months ago, his reputation has soared as a result of Wales’ improvement and twitchy Premier League chairmen might be noting his name in the new year should they find their teams hovering in or around the relegation zone.

Younes Kaboul has established himself as a regular starter in his favourite centre-half position during Tottenham’s remarkable run of seven wins in eight Premier League games.

But it has not come without some personal cost to the Frenchman, who has found himself a regular visitor to the dentist’s chair as a result of his willingness to put his body on the line.

Kaboul lost a front tooth after being hit in the face during Spurs’ win at Blackburn last month and then suffered exactly the same fate when his team defeated Fulham a fortnight ago.

After visiting a private dentist in Chigwell on Wednesday for some more remedial work, Kaboul is hoping that he doesn’t suffer another kick in the teeth either literally or metaphorically as fit-again William Gallas eyes a return to the starting line-up.


DROGBA NOT A REALISTIC OPTION FOR AC MILAN 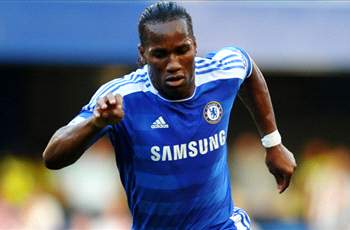 Speculation has been rife that AC Milan could sign Didier Drogba on loan in January, which vice president Adriano Galliani did little to quell with his comment that he had “dreamed of signing Drogba ever since he played for Marseille”.

However, The Sweeper understands that Drogba is not a realistic option for a club trying to dramatically reduce the wage bill.

Coincidence or not, many of the early stories about interest in the Chelsea striker were generated by channels on Silvio Berlusconi-owned TV broadcaster Mediaset at a time when the former Italy prime minister was losing his grip on power and trying to win public approval.