By Sam Lee
Goal's Stat Pack series breaks down the performances of world football's most talked about players - this time it's Neymar, who was the main man in Brazil's narrow victory
Neymar was expected to be the star performer for Brazil heading into the Copa America and if his display against Peru on Sunday is anything to go by then it is going to be one hell of a ride.

The Barcelona man was at the centre of everything for his side on Sunday night, scoring the equaliser and setting up a last-gasp winner - he even missed a great chance to win it himself just beforehand. Not surprisingly he had 93 touches, more than anybody on the pitch.

He nearly made it 2-1 shortly after he had levelled in the fifth minute, only to be denied by a fine block on the line, and then set about taking the fight to Peru for the rest of the match. Nine minutes into the second half he rattled the crossbar with a superb strike - just one of six shots on the night.

There were five dribbles, too, as many as all of his team-mates managed combined, but Neymar was also a creator, setting up four attempts for his colleagues, and registering that vital assist in the 92nd minute when he picked out Douglas Costa with an inch-perfect pass from one side of the box to the other.

And here are his numbers in full, courtesy of Opta: 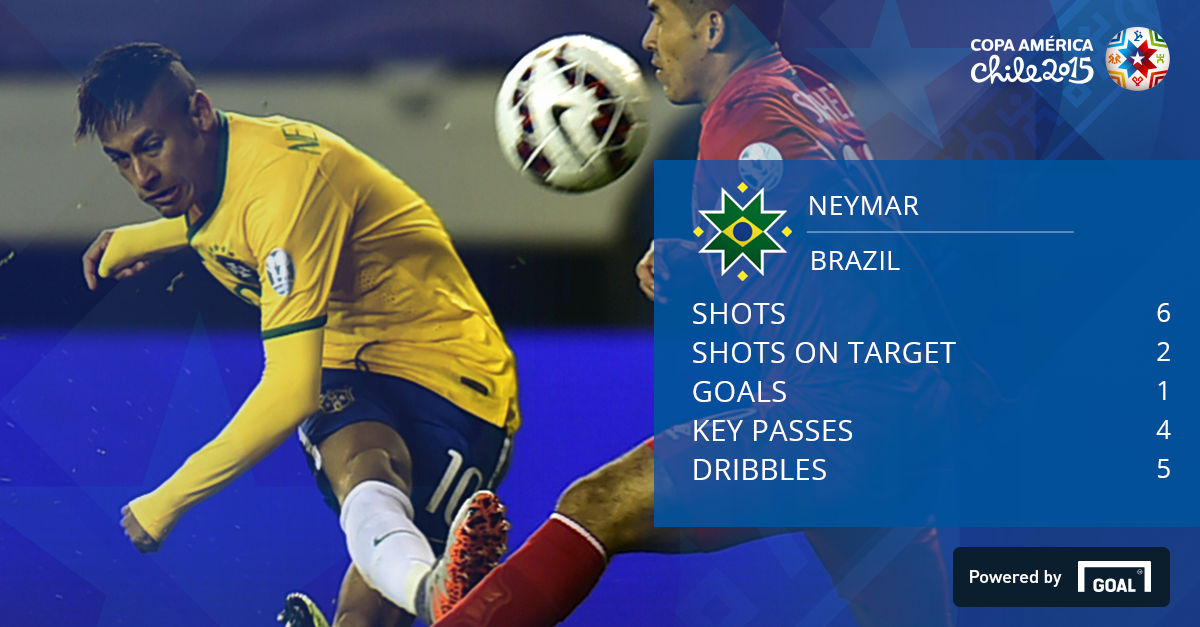 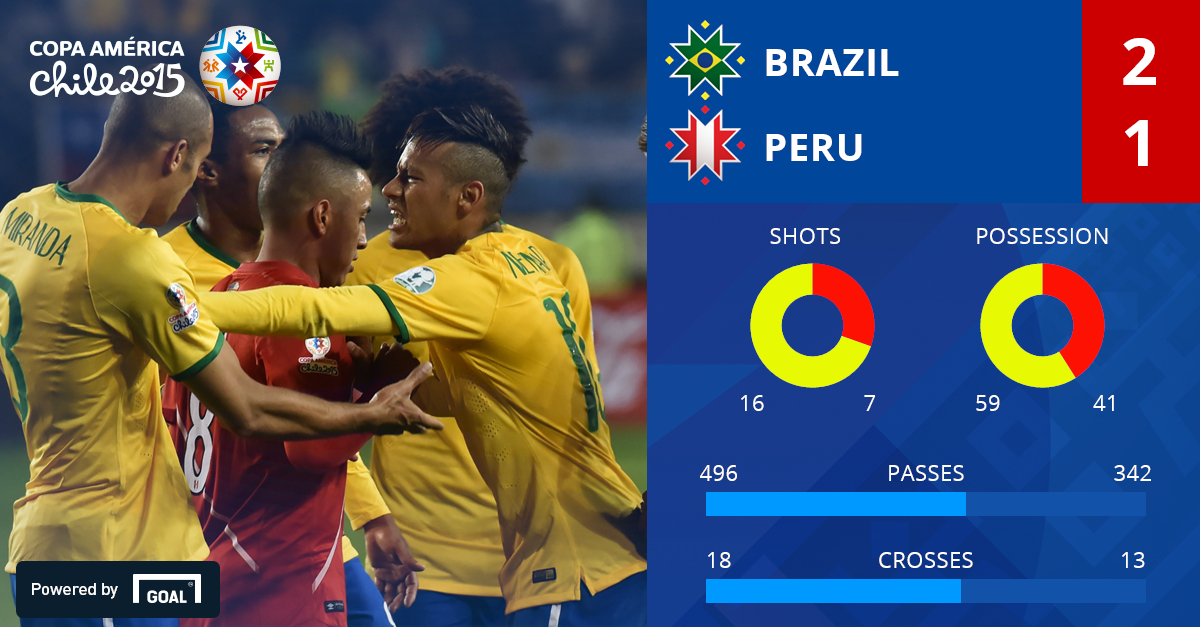 RATINGS   Click here to find out how Neymar & Co. fared in Goal's Player Ratings
Brazil face Colombia on Wednesday night and Neymar will no doubt be central again against Jose Pekerman's side, who lost their Group C opener to Venezuela on Sunday.

And if the former Santos star can keep up this form, Brazil are sure to go far in the Copa America.