Ben Hayward
The champions went ahead through Luis Suarez, but were punished for failure to close out the game and the six-point difference stays the same as Real remain unbeaten

Sergio Ramos has done it again. Real Madrid's man for the big occasion conjured up another heroic late leveller on Saturday to add Barcelona to Lisbon and Trondheim on his list of epic equalisers. Just incredible.

It was a fantastic finish to a match that looked to have slipped from Madrid's grasp. And, in truth, it should have. Barcelona were second best in the first 45 minutes as a ubiquitous Luka Modric ran the show in midfield, but once Luis Suarez had headed the Catalans in front from a free-kick and Andres Iniesta was introduced following his return from injury, Luis Enrique's side had chances to put this Clasico to bed.

Neymar curled one effort over the bar when he really should have buried it, while Lionel Messi missed a chance he would also put away more often than not. Somehow, Madrid were still in the game and ended up on the attack. And Los Blancos levelled from a set-piece of their own, Ramos heading home Modric's free-kick.

It was perhaps deserved on the overall balance of play, but nevertheless it was a cruel blow for Barca. Trailing their fierce rivals by six points ahead of the match, this was a fixture the Blaugrana really needed to win - and conceding in the final minute will mean it felt more like a loss in the end. 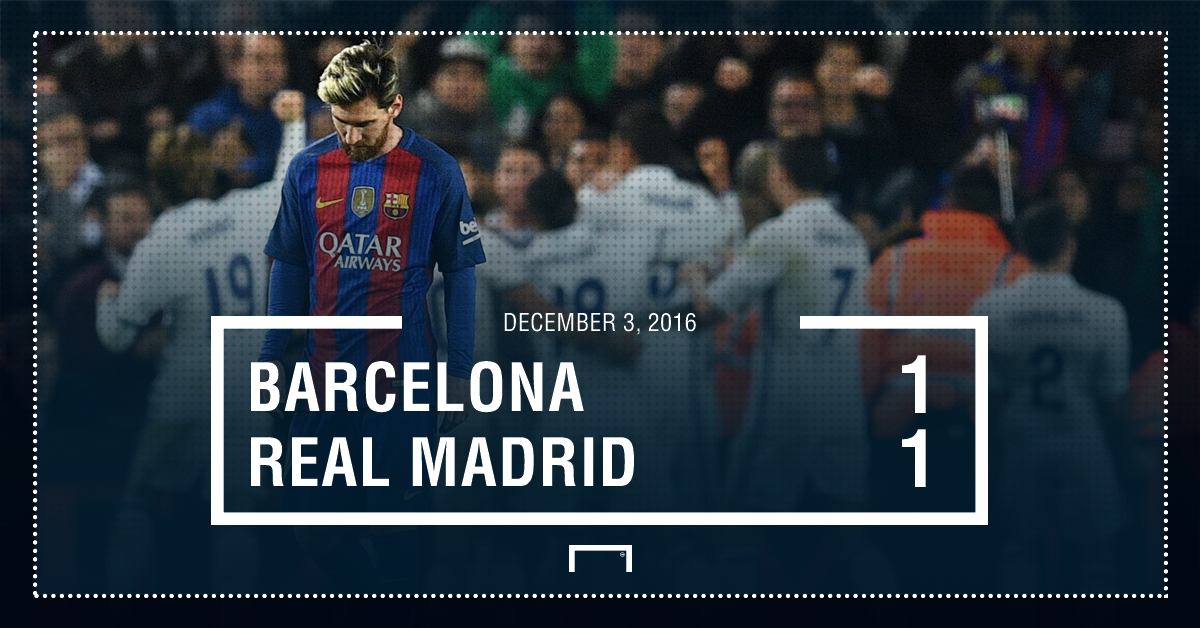 Without Iniesta, Barca's midfield appeared ordinary once again and, on the evidence of the first half, Madrid look like the superior side at the moment. But, once the Spain star was on, Luis Enrique's men improved immediately. They were also a goal up by then and were playing with more confidence.

But one goal is seldom sufficient against Real Madrid - and especially this version. Unbeaten since losing at Wolfsburg in early April, Zinedine Zidane's side came into this match without losing any of their last 32 matches. And, even though that run looked like it would end as the seconds ticked away, there was always a chance of another epic comeback.

That is exactly what happened in the end. It was not Madrid's finest display either, with Gareth Bale missed in attack, only a couple of half-chances for Cristiano Ronaldo and Karim Benzema somewhat frustrating - particularly in one action when he got the ball stuck under his feet and a scoring chance was lost. 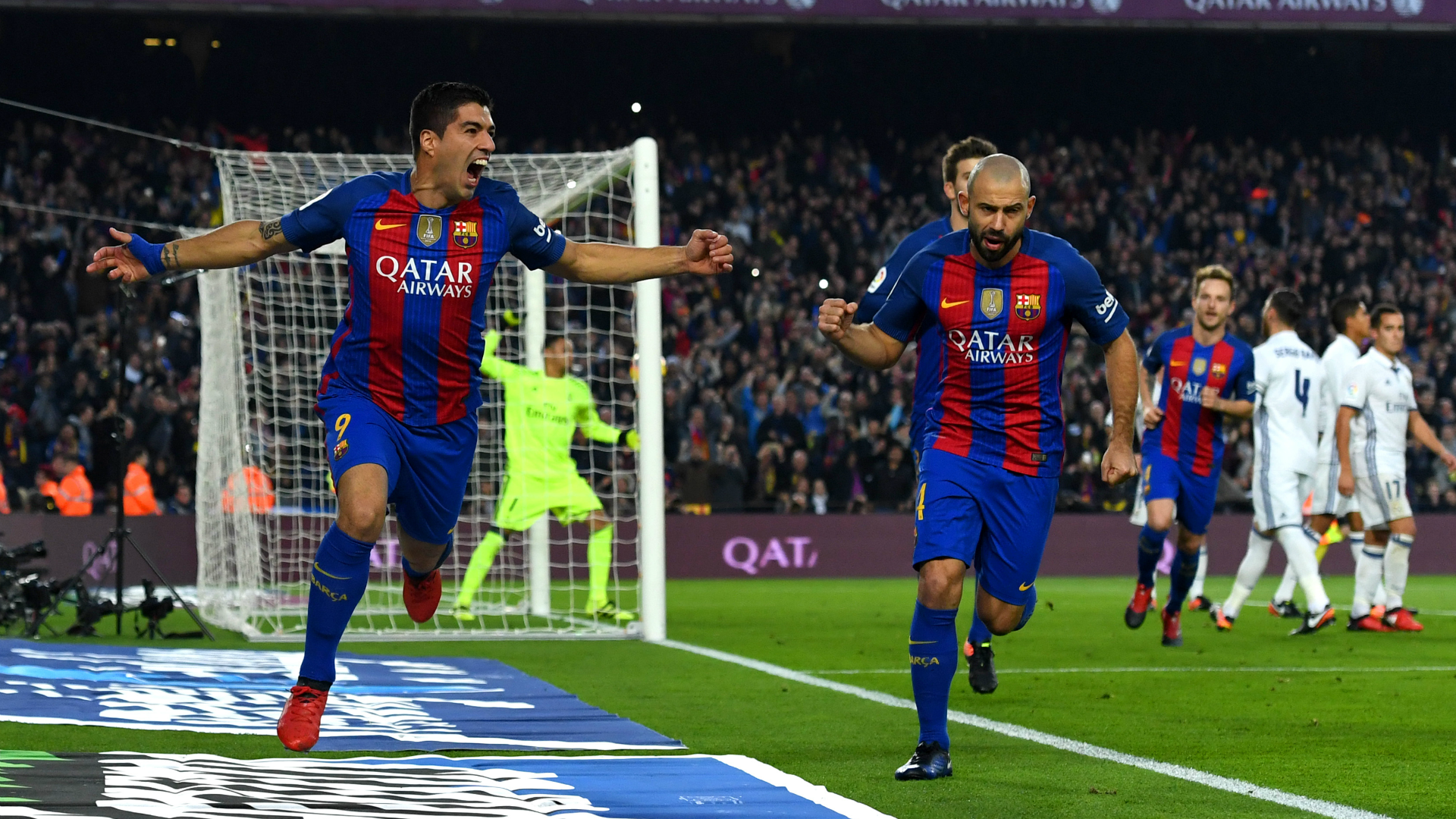 But this team are made of stern stuff and the unbeaten run continues. Zidane's side rode their luck, but Barcelona can have few complaints - the Catalans failed to put the match to bed and, in the end, few can say Real did not deserve their point.

Luis Enrique's side are at least still in the race. A loss in this one would have been disastrous, with a nine-point gap extremely difficult to make up - even at this early stage of the season.

La Liga is not at its halfway stage yet and there is plenty of time for the Blaugrana to make up the six points. However, with Madrid now so difficult to beat and the Camp Nou Clasico out of the way, their task became that much more difficult on Saturday.

Ramos was the hero again as Madrid march on unbeaten, but this was a huge chance missed by Barcelona - and they may regret it come the end of the season.