The Switzerland international, who has interested the Anfield outfit, will move to the Italian giants after an agreement was reached on a four-year contract
By Fabrizio Romano

Liverpool target Xherdan Shaqiri is set to join Inter after the Italian giants reached an agreement with Bayern Munich on Thursday.

Shaqiri, who was given permission to skip training with Bayern on Thursday, has given his blessing to a four-year contract with the 2010 European champions on a salary of £2.15m a season. 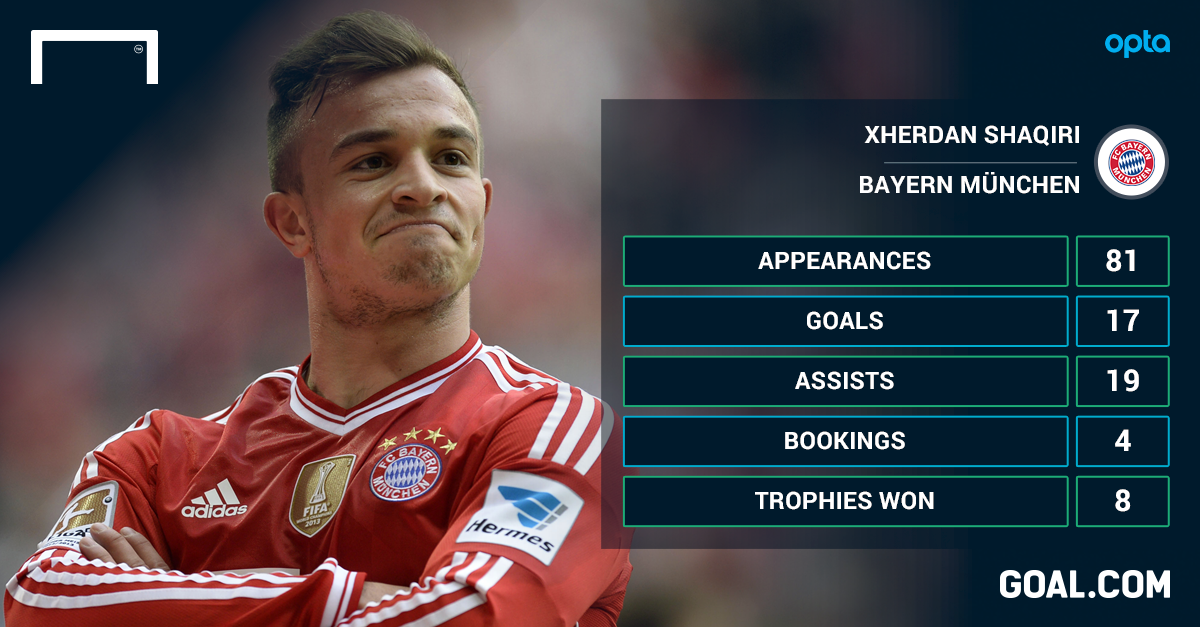 The two clubs have been negotiating a transfer over recent days, and Nerazzurri directors Marco Fassone, Piero Ausilio and Michael Bolingbroke flew to Munich to finalise the deal with Bayern counterparts Matthias Sammer and Karl-Heinz Rummenigge.

Goal revealed in June that Liverpool were to open talks with the Bundesliga champions regarding the former Basel star, with the player himself then admitting in September that the Reds failed with a bid thought to be close to £15m.

Stoke City have also registed an interest in his signature while he had originally been the top January transfer target of Juventus, only for the Italian championsto pull out of the deal in order to focus their efforts on Galatasaray's Wesley Sneijder.

The 23-year-old joined Bayern from FC Basel in 2012 and has scored 17 goals in 81 games for the Bavarians - winning two Bundesliga titles and the Champions League among a host of honours.

However, he has found regular playing time hard to come by due to the presence of Arjen Robben and Franck Ribery.
Close