The two attackers from the youth side put on a spectacle in Liechtenstein, echoing impressive displays for their respective clubs as the pair attract increasing attention
Ciro Ferrara’s Italy Under 21s showcased a goalfest against their Liechtenstein counterparts yesterday, once again highlighting two of the most promising youngsters on the Italian football scene: Manolo Gabbiadini and Lorenzo Insigne. The two, about whom a great deal has already been said since last season, have made the most of the stage offered to them by the U-21 team, earning the attention of all footballing experts. 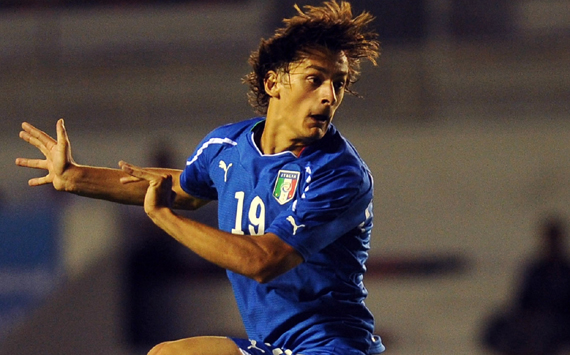 HISTORY: Being born 15 km from Bergamo and being able to wear the shirt of Diego Maradona is one of those dreams that a boy has from being in the cradle and kicking the ball for the first time. Manolo Gabbiadini has truly grown in the Atalanta youth system, managing to debut in Serie A just as he turned 18, in a 1-0 loss at Parma’s Stadio Ennio Tardini, coming on for Simone Tiribocchi 10 minutes before the end of the match. That season would end with relegation to Serie B for the squad and Gabbiadini would end up at Cittadella on co-ownership, where, despite feeling a bit homesick, he would manage to score five goals. Atalanta decided to redeem him and not play him in Serie B, despite his numerous requests; his destiny was to play in Serie A.

BOOM: The boom arrived in the blue jersey of the U-21 team. Despite having played a part in four of the five league games that had occurred thus far, Gabbiadini had not yet scored - something that he managed easily when wearing the jersey of the Italy U-21 side. He scored nine goals for the national team, and is approaching the position of top scorer of all time for the youth side. He stands just one goal behind Cristiano Lucarelli and two from Gianluca Vialli, Christian Vieri, Massimo Maccarone, and Roberto Acquafresca, all of whom occupy the third spot behind Alberto Gilardino and Andrea Pirlo.


CHARACTERISTICS: Manolo Gabbiadini, simply put, is a complete attacker. The bomber from Calcinate, who turns 20 next month, knows how to play like a good old-fashioned striker; he is good with his head, but also equipped with a potent and precise left foot. Although he is not terribly short, he is quite adept at slipping through the cracks of his opponents with speed and precise dribbling.

INTERESTING FACT: Gabbiadini’s older sister Melania is a very famous footballer; in her career she has won four league championships for women’s football with the Venetian squad from Bardolino and is part of Italy’s senior women’s side. 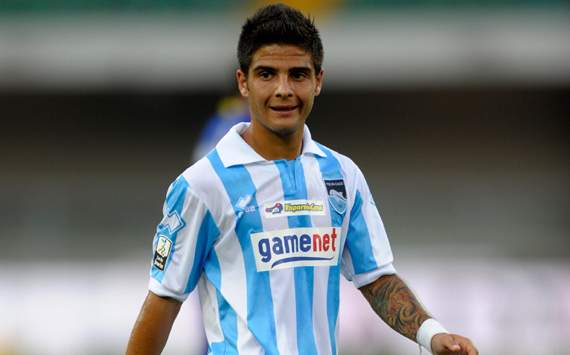 HISTORY: There are more than a few boys born in Naples who have dreams to wear the blue number 10 shirt that once belonged to the “King of calcio,” Diego Armando Maradona. Lorenzo Insigne, born in Frattamaggiore - 15 kilometres from Napoli - is one such boy. Raised right in the youth squad of Napoli, he played in his first official game with the side, replacing German Denis a few seconds before the final whistle in a loss against Livorno at the Ardenza Stadium. Despite the great excitement and the opportunity to get noticed in Serie A, his adventure to Cavese did not make a mark. Zdenek Zeman and the “Foggia of encore miracles” would be needed to provide the young man's true arrival.

BOOM: The boom for Lorenzo Insigne arrived just last year, when Zeman’s Foggia decided to believe in him. Scoring 19 goals in 34 games, the 20-year-old trequartista, adapted from his technical role on the right of the attack, has attracted the attention of all the clubs in Serie A and B. Yet Napoli have decided to trust again in the hands of Zeman, putting him on loan at Pescara where the coach currently works.

CHARACTERISTICS: Insigne is the classic trequartista of modern times; quick, technically impeccable, with the ball glued to his foot and with a strong ability to hit it from any position. He is reminiscent of Lionel Messi or a very tall Sebastian Giovinco- although at 163 centimetres, he is certainly no giant.

INTERESTING FACT: Lorenzo Insigne has a brother named Roberto, born in 1994 and also enrolled in Napoli’s youth sector. Like his brother, then, he is beginning to take his first steps into the club; perhaps as early as next year, he too will be given the chance to get noticed on loan in the lower leagues. It has been stated that Roberto, his very young age notwithstanding, has no reason to envy his brother; in a few years we will see…