By Mohammed Ali
Lyon narrowly beat Evian 2-1 at Stade Gerland to move to third. On a day which saw six red cards in seven games in Ligue 1, OM's comeback victory over Lorient remains a highlight 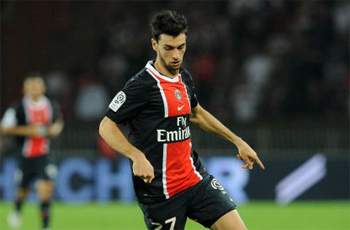 The stand-out clash of the weekend sees champions Lille visit PSG in a game of much importance to the hosts, who are second on goal difference from Montpellier. A defeat here for Antoine Koumbouare, coupled with the heartbreak of Europa League elimination could prove to be the final nail in the coffin for the embattled les Parisiens trainer.

Kick-off at the Parc des Princes is at 20.00GMT