Jan Simunek was sent off after being adjudged to have brought down Robben, with Thomas Muller missing the subsequent penalty as Pep Guardiola's side nevertheless cruised to victory.

Verbeek claims Simunek played the ball and admitted the red card made the task of overcoming the German champions in the DFB-Pokal tie an impossible one. 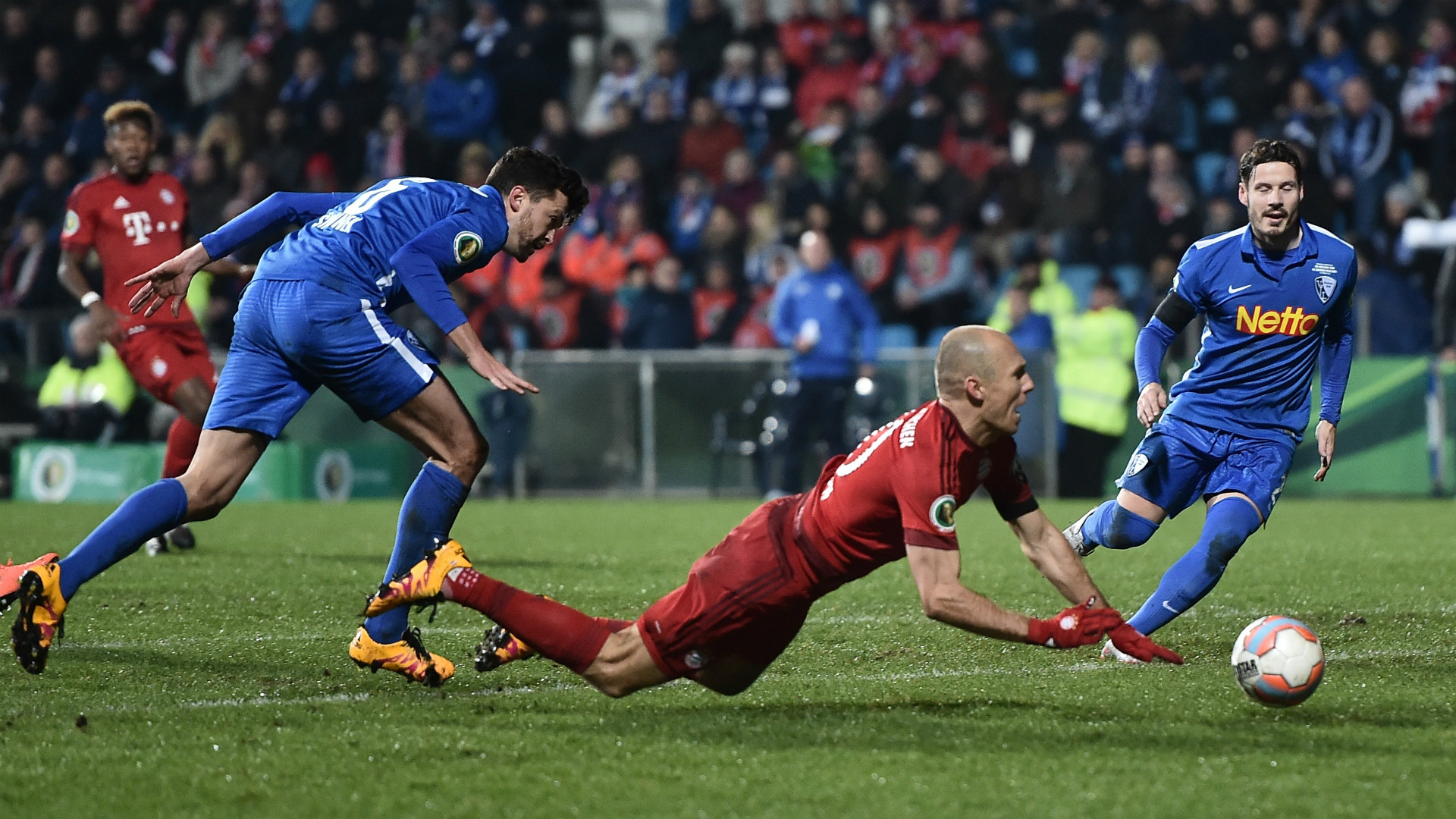 "For me that was a dive," he told reporters. "The ball was played, he was looking for his leg. I'm Dutch and I'm ashamed. But we know Robben is like this from the national team.

"There was contact, but it was no foul and it was no red card. And with 10 players you can't win against Bayern."

Robben, however, argued that there was no debate to be had over the penalty decision.

"He was the last man, it was a clear foul," the winger said. "These are the rules and afterwards the match was decided."
Close