By Patrick Reilly
Les Bleus are in disarray so can the South Americans take advantage?
Match Odds: France 2.10, Draw 3.30, Uruguay 3.65

Put your feet up tonight and enjoy the latest episode in the Raymond Domenech show. The French coach provides plenty of headlines and with France in disarray an upset is on the cards.

Pardon my French but Les Bleus' preparations have been more merde than magnifique. Put simply they are a shambles, with the manager switching formations, falling out with players, losing to China and admitting the atmosphere in the camp isn't "calm." Say that again.

However, despite all the problems France have an abundance of talent if they can get their act together. Yoann Gourcuff can deliver a ball from set pieces as good as anybody in the tournament while Franck Ribery can destroy any team. It all depends on which French team shows up.

Uruguay can smell an upset and have the firepower in Luis Suarez and Diego Forlan to punish France. Between them the pair notched up close to 80 goals this season. Uruguay have only played one friendly, beating Israel 4-1 at the end of May, and coach Oscar Tabarez has already named his starting XI. For history buffs the last two games between these sides finished scoreless. 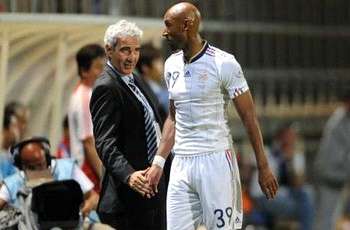 Eye-to-eye | Can Domenech guide his players?

Best bet
Under 2, 2.5 goals at 1.76. This will be a tight game and recent games between the pair haven't provided any goals. If you're asking me to absolutely pick a winner I'll stick my neck out and back Uruguay at the generous 3.65, reckoning they will emulate Argentina who upset France in the opening game of the Rugby World Cup in 2007. 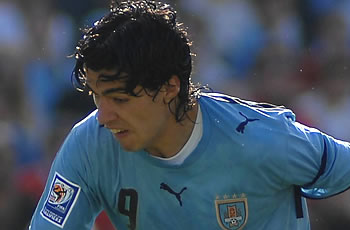 Local insight
Alexandre Walraevens, Chief Editor Goal.com France
"I think France will play the toughest match of his first round against a team who is very capable to defend all the match and score a goal on the  counter attack with its two big strikers Forlan and Suarez. Uruguay have prepared for this game for a long time and I don't think they will play for the victory. They will play the draw in a defensive 3-5-2.

"For France it is simple. Domenech needs to put the best team on the pitch (with Diaby and Henry/Gignac/Cisse in front). If France plays their best football they will win. But the recent form from the friendlies is not great despite a good tactical organization (4-3-3). This is not the first time we will play Uruguay and we usually  draw with them. So my bet is on a draw (0-0) but my heart is on little win for France by Ribery scoring."

Place a bet now on the World Cup with Goal.com's official betting partner Titan Bet who are offering an exclusive bet €25 get €25 offer for Goal.com readers

Odds correct at time of publication. Goal.com encourages all readers who bet to do so sensibly.