By Jim Knight
Goal.com revealed that Arsene Wenger's next transfer target could be the 24-year-old Atletico Madrid frontman and Paddy Power offer 7/2 that he makes the move to north London
Following Goal.com exclusively revealing that Arsenal's main target in the January transfer would be Adrian Lopez of Atletico Madrid, Paddy Power have rated the move as a 7/2 (4.5) chance to happen before the end of the next transfer window.

The 24-year-old, who scored his first senior international goal for Spain in their friendly against Serbia in May this year is thought to have a £14.6 million release clause which would mean Atletico Madrid are obliged to allow him to discuss terms with the Gunners. 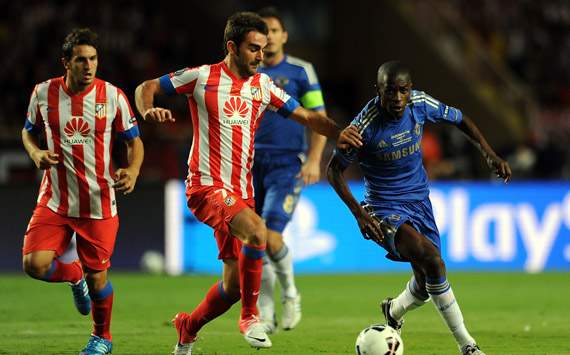 Adrian had an impressive season for Atletico in 2011-12 as he helped them to claim the Europa League title and his goalscoring exploits for Spain's Under-21 side at the 2011 European Championship underline his quality.

Despite that, his first-team opportunities could be limited this term, not least because of Radamel Falcao's eye-catching form. Adrian has made just two starts for Atletico this season.

According to Goal.com's exclusive, a failure to agree a new contract at Vicente Calderon will only encourage Arsene Wenger that he could acquire Adrian's services in January.

Wenger made moves to replace the loss of Robin van Persie to Manchester United this summer, bringing in Lukas Podolski and Olivier Giroud to boost his options in the final third but it would appear that Adrian is still very much in the thoughts of the French boss.

At 7/2 (4.5) with Paddy Power, an exclusive price unavailable anywhere else, eagle-eyed punters could also profit from a potential move during the next transfer window.

Anyone without a Paddy Power account can back the Gunners to secure Adrian's services risk free thanks to the free bets on offer.

Simply open a new account, place your first bet and receive a bet of the same value absolutely free, up to £50. So if you're staking £20 on the weekend's football, why not back Adrian to make the move to Emirates Stadium with your free bet?

This offer is valid on the first five bets, so customers can claim up to £250 in free bets. There's something for everyone, no matter what your stakes.

Jim Knight is Betting Editor at Goal.com and has been tipping football games since he was old enough to place a bet. He is a Leicester City fan, writer and member of the We Are Going Up Podcast