Jurgen Klopp was delighted with his "brilliant" Liverpool side after they booked their place in the Europa League final with a 3-0 win over Villarreal at Anfield on Thursday.

Trailing by one goal on aggregate, an early own goal from Villarreal's Bruno levelled the tie before second-half strikes from Daniel Sturridge and Adam Lallana proved decisive, thrilling Klopp.

"Wonderful night - a brilliant game from my side," he told BT Sport.

"What power, what a performance, what attitude with the readiness, motivation, emotion in the game - everything. 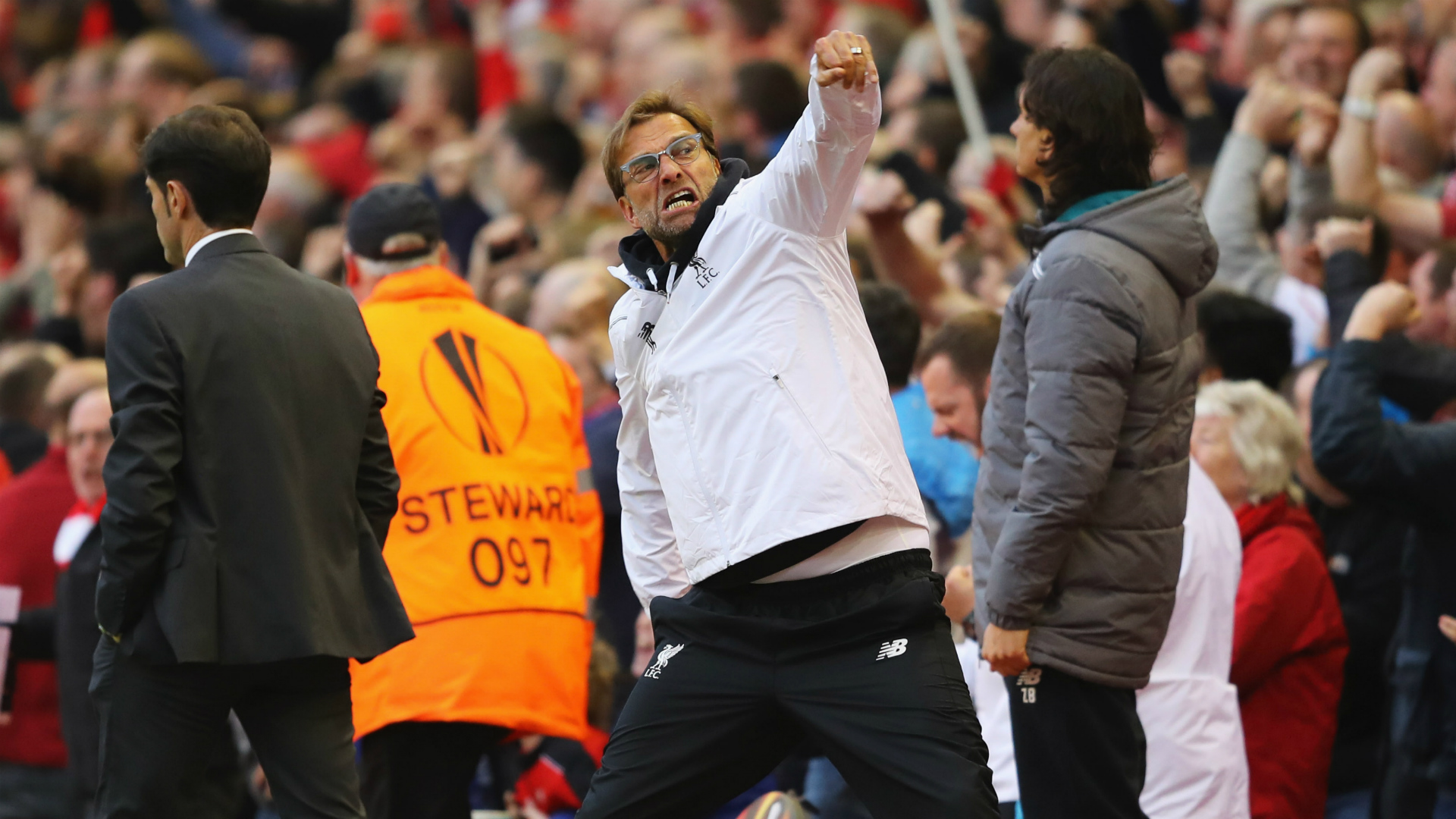 "It is a nice city by the way, close to my home! Let's go there, create an atmosphere and do our best again. It is well deserved and I am really, really pleased for all the boys.

"Everyone spoke a lot about this team before I came here. When I arrived here it was all about quality and not good transfers but I only came here because I thought they had a nice squad!

"We had injuries and situations that were not too easy, but now we are in the final - Basel - a longer season which I did not think I would be pleased about, but it is great!"

Klopp found it hard to fault Liverpool's performance other than a brief period at the end of the first half and was impressed by the solidity shown by his side.

"The only thing we said at half time was that the first half an hour was a big emotion," he said.

"It was great but then the last 15 minutes of the first half we lost patience. We didn't move them over the pitch as much and tried to go down the middle, but there was no space so we lost balls. We defended well though so nothing happened.

"The second half plan was to keep going with the emotional football plus using your brain little a bit more and in the end it was brilliant - wonderful goals. The whole night was unbelievable.

"We have to create atmospheres like this in each Premier League game too."