When he takes to the field against Roma, the Barcelona star will become the youngest player to play 100 games in the competition and his record makes for impressive reading
Barcelona's trip to Roma for the first game of their Champions League group carries a special significance for Lionel Messi as the legendary forward makes his 100th appearance in the competition.

The Argentina international has plenty of which to be proud as he looks back at the 99 games that have come before, even as Barca look further toward the future with designs on a fifth collection of the trophy in the Messi era.

When the 28-year-old boasts a results rate of 58 wins, 27 draws and 14 defeats from those 99 matches, it is easy to understand why the Catalan giants have won so often. He has also never struggled to find the net, with an eye-popping 77 goals and counting.

Messi averages a goal every 104.86 minutes in the most competitive club tournament in the world and follows it up by having made 22 assists, a figure only beaten by Ronaldo (23) and Manchester United hero Ryan Giggs (30).

Perhaps what's most impressive is that there is so much more to come. Messi has done all of this by the age of 28 and has made the most appearances by that age of anyone in the Champions League's history. 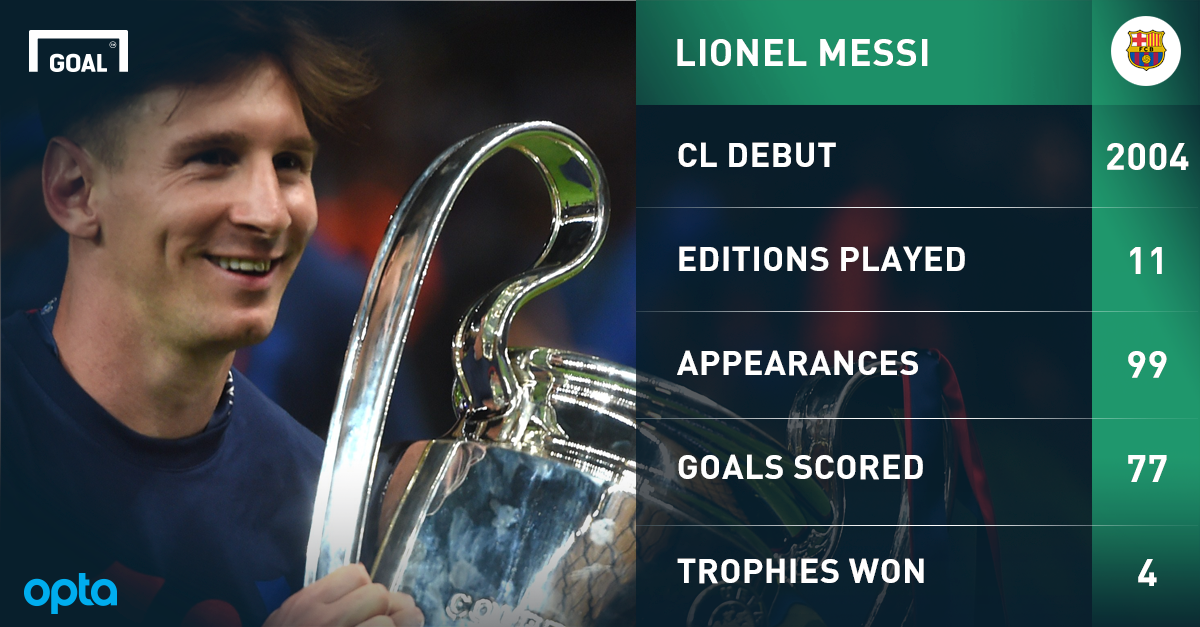