By Paul Macdonald
A look at the Spanish champions' inability to win on the road
Since sweeping into the dugout at the Camp Nou in the summer of 2008, Pep Guardiola, in keeping with his immaculate performances as a player, has barely put a foot out of place. Trophies have arrived, and records have been broken.

But statistics tell us, and indeed Arsenal on Wednesday night confirmed as such, that away trips in the Champions League knockout rounds remain his, and his team's, Achilles heel. In two and a half seasons, the Blaugrana have failed to win a single tie on the road beyond the group stages, with the 2-1 defeat at the Emirates extending the run to seven matches in total. 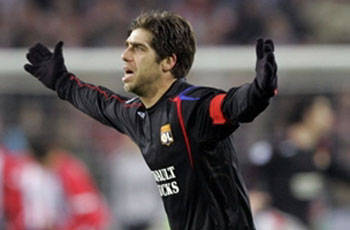 Barca were drawn away from home to the stylish French champions in this round of 16 clash, but were forced to rely on a second half Thierry Henry header to salvage a draw after Juninho’s peerless free-kick had completely deceived Victor Valdes to give OL the advantage. The return match at the Camp Nou was an altogether more comfortable affair, with Henry scoring two more in a 5-2 victory. 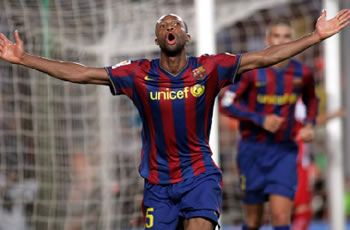 Guardiola’s side played at half pace in this quarter-final encounter, knowing that the tie was all but over courtesy of their 4-0 obliteration of the Germans in Catalunya the previous week. Bayern needed five to progress, but could only muster a single effort from Franck Ribery just after the interval. Seyou Keita’s 73rd minute strike ensured Barca avoided defeat. 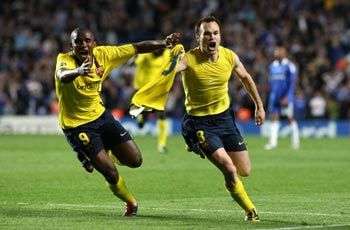 In one of the defining moments that the tournament has produced in recent seasons, Andres Iniesta struck an injury-time goal to clinch progression on away goals in the most dramatic of circumstances. Michael Essien’s sublime volley had given the Blues the advantage after a stalemate in Spain, but Iniesta’s rocket from the edge of the area stunned the Londoners, who vehemently voiced their displeasure at being denied a series of penalty decisions throughout the match. 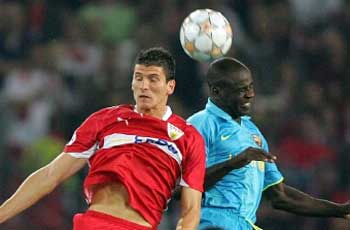 The Bundesliga outfit missed a glorious opportunity to take a lead into the second leg, as they pummelled the holders for 45 minutes, and had it not been for the instincts of Victor Valdes, Barca would have unquestionably been staring at defeat. As it was, Zlatan Ibrahimovic’s strike after Jens Lehmann had parried his initial effort marked the all-important away goal, and Lionel Messi scored twice in a comfortable 4-0 win in the return. For an hour of this first leg contest, Guardiola’s side produced a performance among their most dominant under his reign. Despite being unable to find the net in a first half that witnessed numerous gilt-edged openings squandered, two clinical Ibrahimovic goals after the interval looked to have killed the tie. The introduction of Theo Walcott and complacency creeping in allowed the Gunners to scrape a draw. 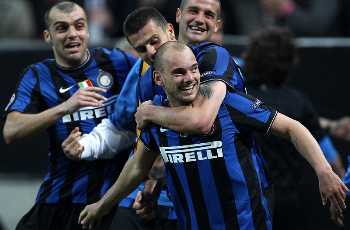 At the semi-final stage, Barca were considered strong favourites to become the first team to defend their Champions League crown, but Guardiola was tactically outmanoeuvred and his team outplayed by Jose Mourinho’s vibrant Nerazzurri. Despite falling behind to a well-worked goal from Pedro, Inter proved to be quicker, stronger and more purposeful in the final third. 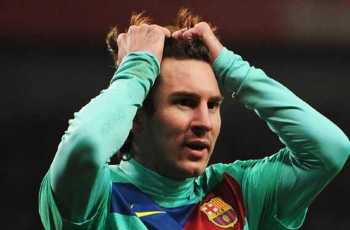 In a match featuring intriguing parallels to the 2-2 draw from 11 months previously, Barcelona were wasteful in front of goal, with an uncharacteristic display from Messi, who twice missed one-on-one with the keeper, but still managed to snatch the advantage through David Villa. Arsenal had learned their lesson, however, and were stronger in the second half, Robin van Persie capitalising on hesitant defending to lash home the equaliser, before a flowing move allowed Andrey Arshavin to side-foot the winning goal.