Cesc Fabregas is "proud" of his personal contribution after setting a new Premier League record in Chelsea's 3-0 home win over Middlesbrough.

Chelsea moved a step closer to title glory thanks to goals from Diego Costa, Marcos Alonso and Nemanja Matic at Stamford Bridge on Monday.

And when Fabregas set up the Serb for the third goal in a comfortable victory, he became the first player to record at least 10 assists in six different Premier League seasons.

The Spain international began the campaign out of the Chelsea first team and Fabregas acknowledged it was hard to get used to not being an integral part of Antonio Conte's plans.

"It's been a different year for me, I'm used to playing every year at every club I've been at but I've matured a lot," Fabregas told Sky Sports. "It's not easy and people told me I'm not the type of player for Antonio and that I should leave, but I like challenges. 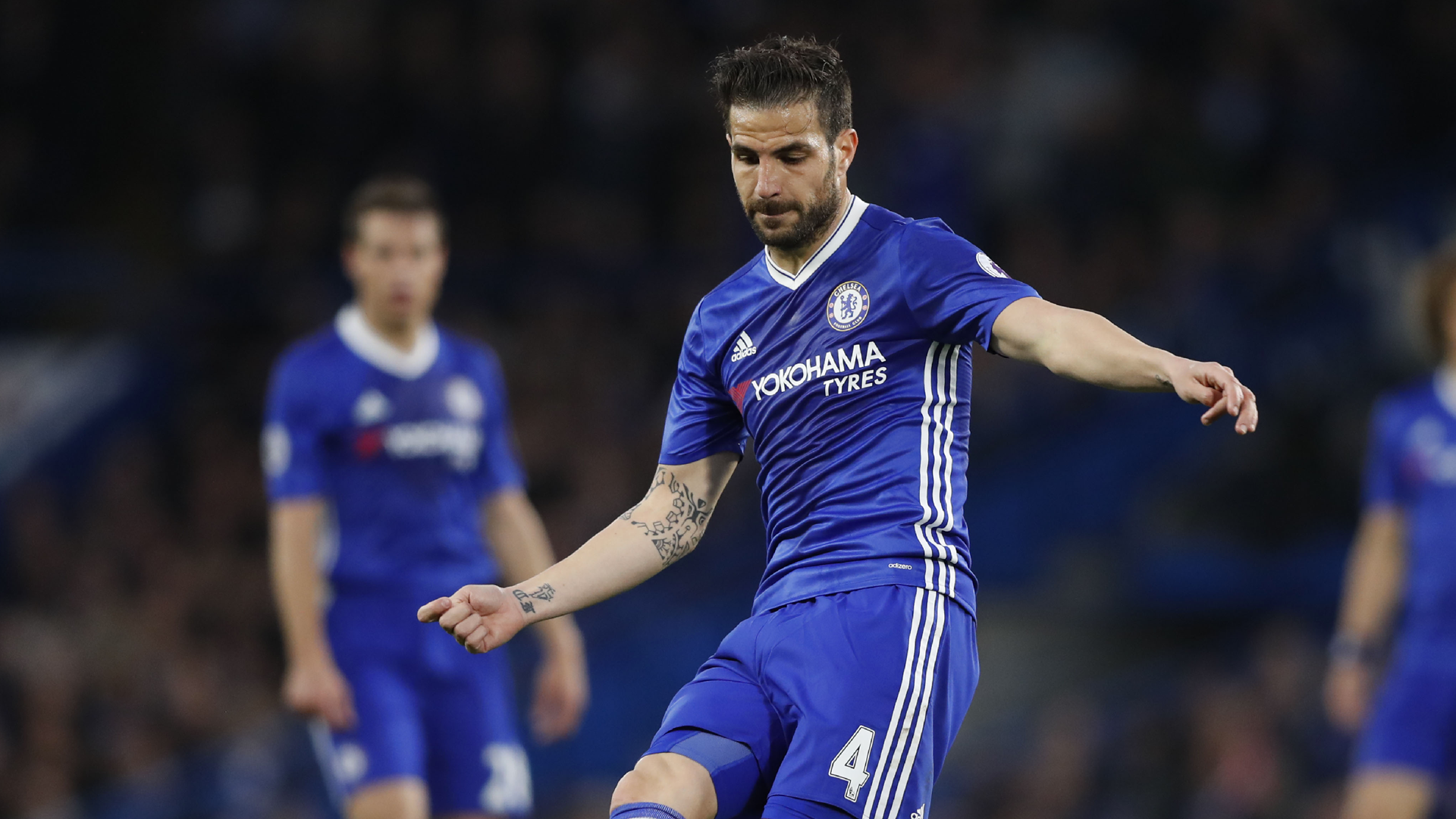 "Obviously I haven't played every game but I've played in the last 20 matches. I feel the quality of my minutes has been fantastic, my contribution is perhaps bigger than a full season where I play every game.

"I've had to have patience and play for the team and hopefully we can win another title and win another [FA Cup] final. I'm proud of what I've done and proud of the team."

Defeat at Stamford Bridge relegated Middlesbrough back to the Championship and Fabregas felt Chelsea asserted their dominance against Steve Agnew's side.

"We knew what we had to do, it was a tough game with the pressure - positive pressure - but winning a title is not easy," Fabregas added.

"It was a big step forward to win against a side fighting for their lives. We played a very good game and knew exactly what we had to do and in the end it was a comfortable win.

"I think when you are used to winning with players who have won a lot, after last season with our bad form you lose confidence at important moments. This season we bounced back quickly.

"[Middlesbrough] are a tough side and it wasn't easy but well played to everyone and we deserved it.

"I think consistency is key in this league and obviously we had that amazing 13-game winning run that gave us a lot of confidence. It's not done yet - one more push - but we've been the best team and the most consistent.

"We've been working very hard, a lot of running and tactics, but we have to be realistic. We didn't play in the Champions League so we had a lot of weeks where we could prepare physically in a fantastic way, where you cannot in a normal season due to all the travelling."