The Reds hit a century under their German coach during a 4-1 Premier League victory over Stoke, with that landmark return coming in just 48 games

The German took in his 48th Premier League fixture as Reds boss on Tuesday as Stoke City paid a visit to Anfield.

His side recorded a comprehensive 4-1 victory, coming from behind to ease their way back into second place in the Premier League table.

Daniel Sturridge wrapped up the scoring on the night, and his effort was the 100th league goal of Klopp’s tenure.

No Liverpool side throughout the club’s illustrious history have reached a century in fewer games than the current crop have managed. 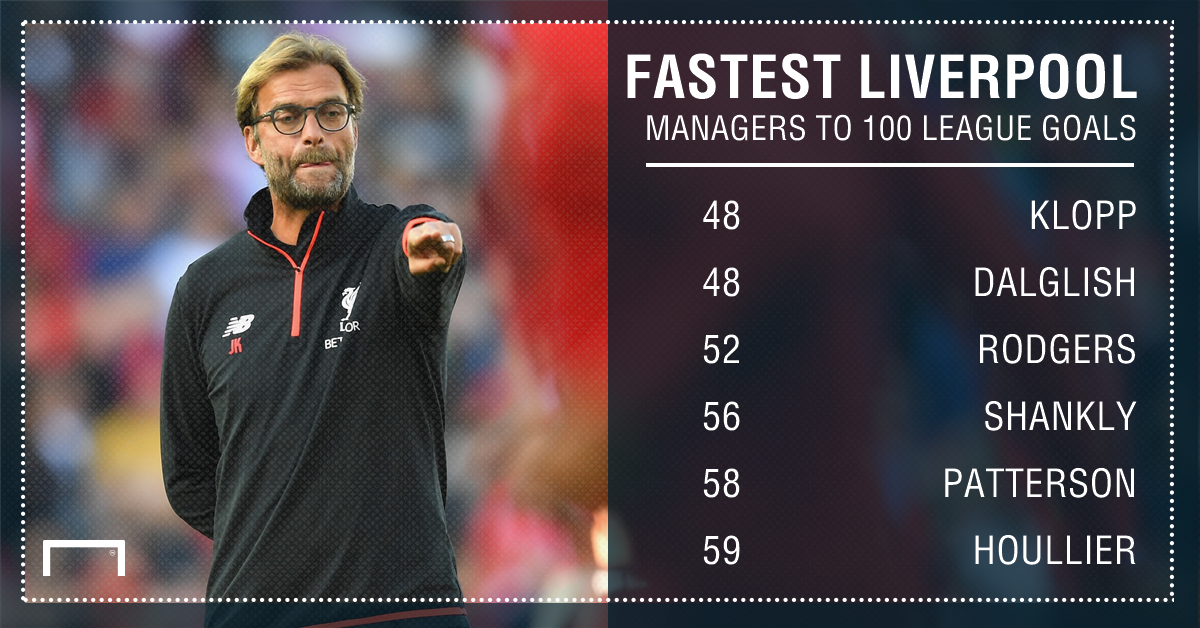 The Reds have also now recorded 86 goals in the calendar year, with that representing their best return since 1985 – when they hit 87.

They will get one more opportunity to add to their tally as well, with a crunch meeting with fellow title hopefuls Manchester City next up on New Year’s Eve.