Psychology is one aspect of sporting life which can be underestimated. It rarely gets media attention due to its confidential and secretive nature. Many Premier League clubs have explored the workings of sports psychology and Arsenal boss Arsene Wenger is no stranger to taking an interest in the mental side of the game. He has done so for many years.

Dr Tim O’Brien is Visiting Fellow in Psychology and Human Development at the world-leading UCL Institute of Education. He spent almost a decade behind-the scenes at Arsenal and began working with the club in the days of Dennis Bergkamp, Thierry Henry and Robert Pires. A highly respected award-winning psychologist with internationally acknowledged expertise, O’Brien spoke to Goal about the relevance of psychology in football in what is his first ever interview with a journalist.

O’Brien focuses on “the complex interaction between thinking, feeling and behaviour” - all of which relate to the area of performance. He has helped many in the game get the most out of their potential, having also been a psychologist for two other Premier League clubs. O’Brien has never talked about any of the players he has worked with. 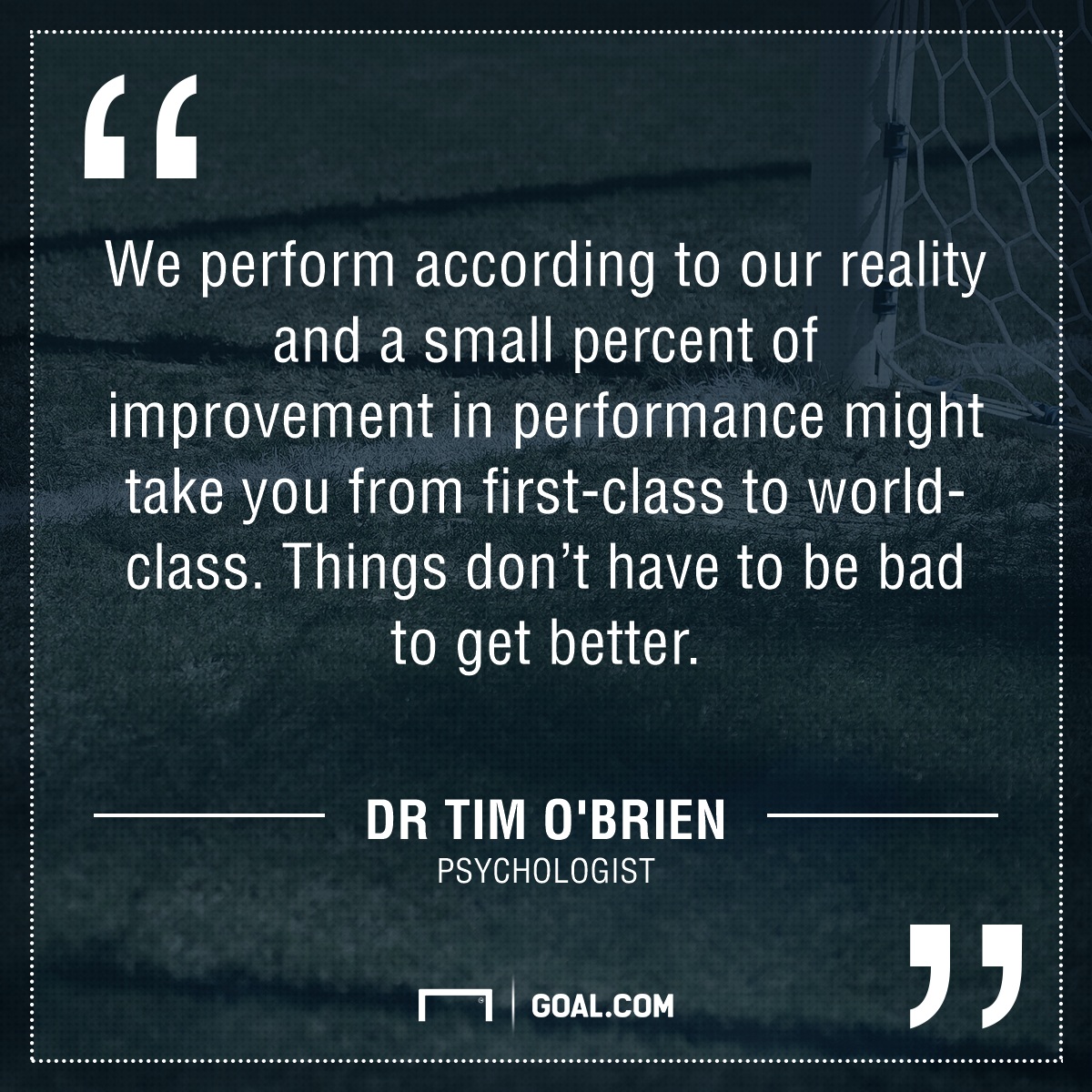 The trend of appointing sports psychologists to work in a sporting environment has become more common over the past decade, but O’Brien believes a broader psychological background is of benefit too.

“I’m a psychologist who works in sport but I am not a sports psychologist. We are talking about people here and the key is to help them to understanding their mind - the inner story we all have in our mind that drives everything that we think, feel and do. Everyone’s inner story is different and we all need to understand what it is and how it can limit or transform who we are. Although society sees footballers as performers, they are people first."

“A footballer can play for 90 plus minutes. It’s a tactical, physical and technical game, but it is also a psychological game. The game is altering psychologically all of the time. Just think of the pace that Premier League football is played at and the decisions players have to make - they are constantly making unconscious decisions at rapid speed and often doing so in a creative manner.”

“They also have to respond to what is happening at a team level too: shifting momentum and attention, challenges to confidence and belief. If you’ve got psychological strategies to help you deal with this then you’re in a better place than those who don’t have them. Watch a football game and imagine being inside someone’s head for 90 minutes, believe me, what’s going on in there is complex.”

That complexity is one reason why many clubs decide to employ a full-time working psychologist who is able to cater to the needs of players and staff when required. Arsenal recently brought on board Dr Ceri Evans, the sports psychiatrist credited with transforming New Zealand into Rugby World Cup winners, while former Saracens Head Of Psychology and Personal Development David Priestley is another figurehead who has developed personal development programmes for the players at London Colney.

“Football squads are a small community of people who need each other - and this applies to the staff as well”, says O’Brien.

“You must have people whose psychological orientation is about the team and they have to be willing to serve the team. To do that you must put other people’s needs before your own when the team requires you to do so.”

“You also need distributed leadership throughout a team. You need people to know their own task, how it relates to the task of others and to be able to take responsibility for leading the team. Leadership is also an expression of your inner story.”

“It cannot be left to a captain to lead on his or her own. Some supporters will see the captain as needing to be loud on the pitch but the captain has to be someone that gains the respect of their colleagues by living the values of the team both on and off the pitch. This is why a team needs clarity about values. Although everyone is in the team it is dangerous to assume that everyone knows what the team is." 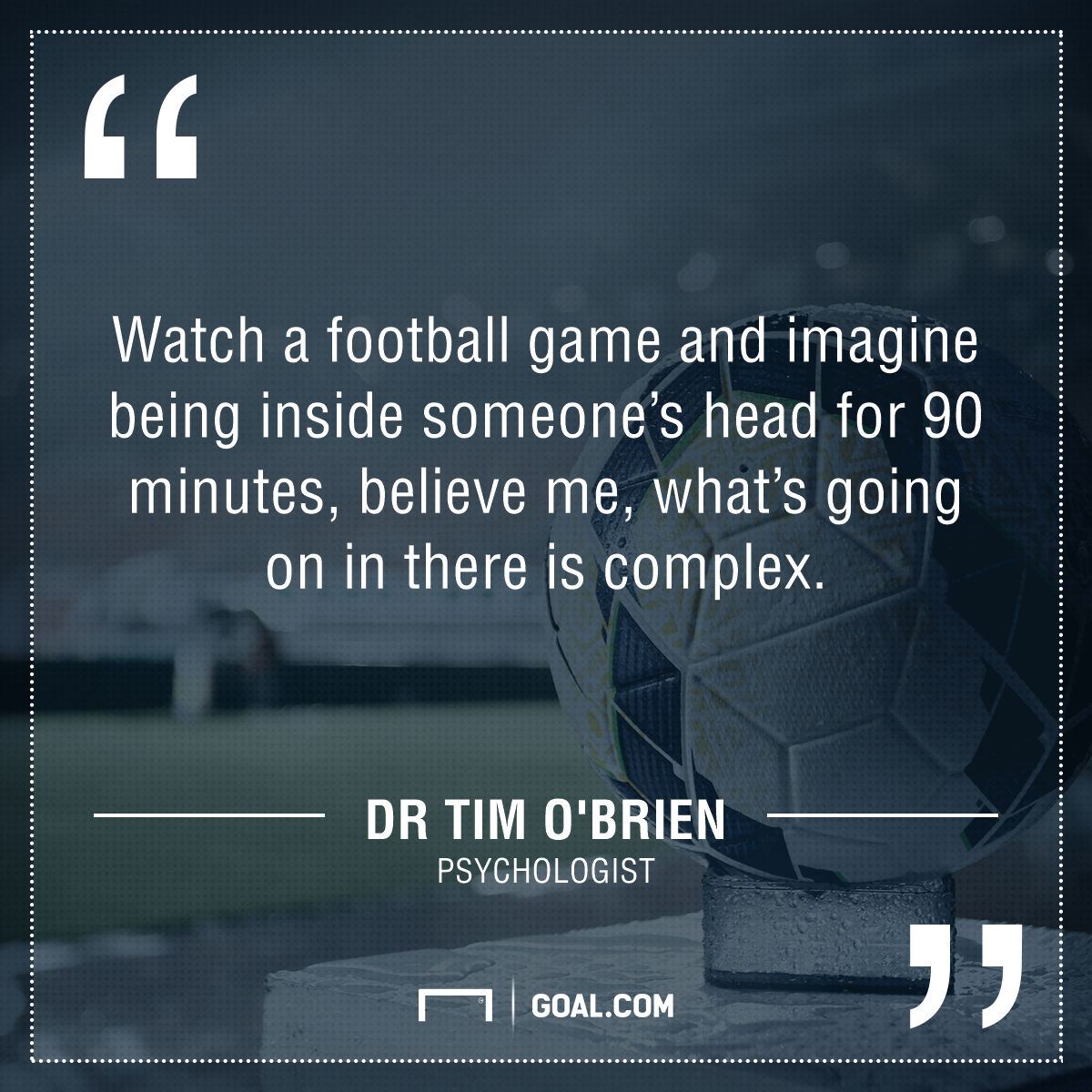 But what exactly is a team? Eleven players on the pitch fighting for one another is what football supporters want to believe is happening. O’Brien suggests that resilience and togetherness - two traits Wenger places great importance on - are key to making this happen and getting the best out of a squad.

“When it comes to resilience, I do not see resilience as a personality trait – something that a person has or does not have. That is a pessimistic view of people and their capabilities. If you think about it generally, there are people who can really surprise us when they show just how resilient they are, especially in times of adversity. You had no idea they were so resilient, yet they dug deep and responded in a way that you did not expect. I see resilience as an unfolding process in your mind that can be nurtured.”

“In a team, being resilient depends upon many psychological factors and one of them is feeling a sense of belonging. A team that works on its togetherness is providing the psychological climate for increasing resilience amongst the team too.” 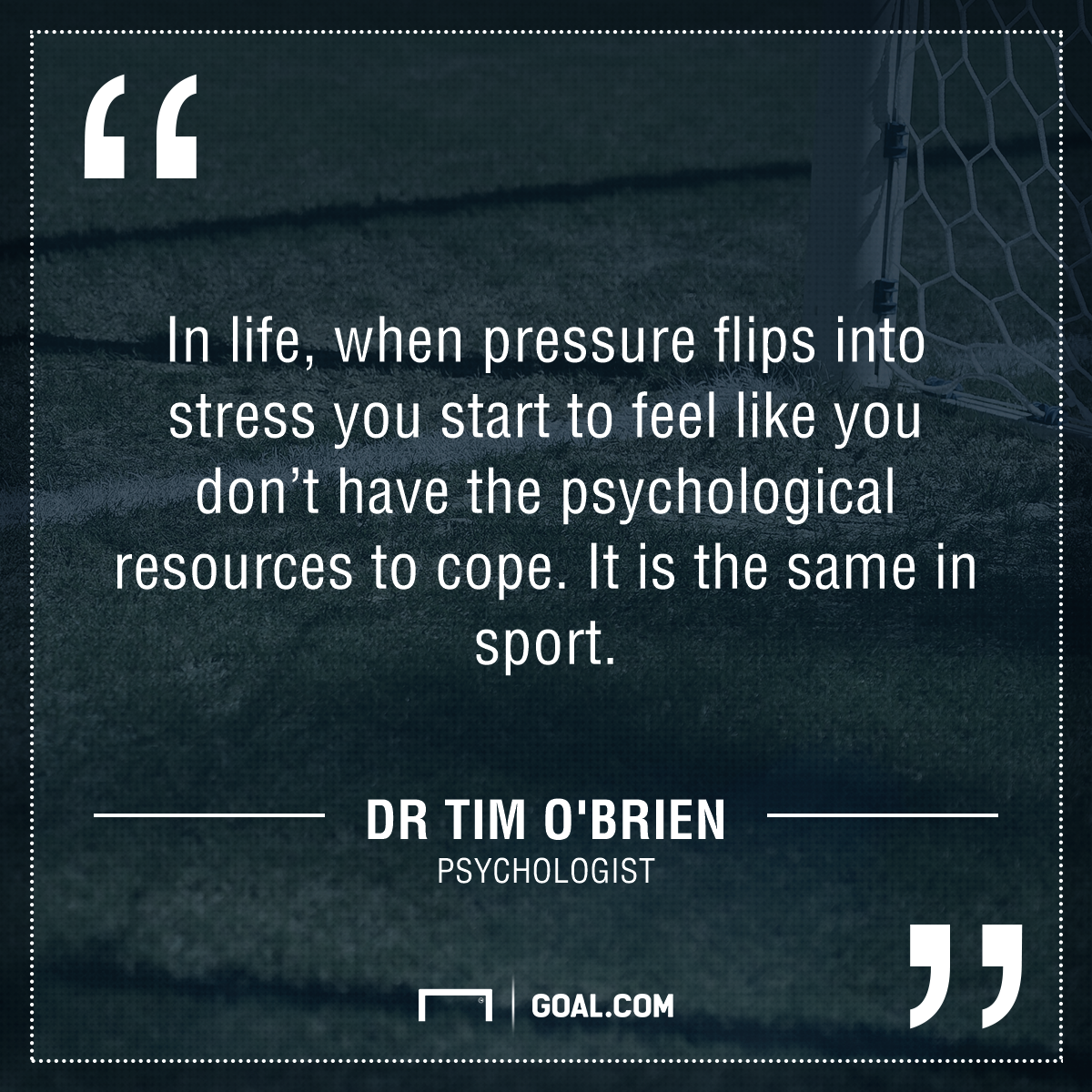 The pressure on professional footballers nowadays is considerable and comes at all angles through 24/7 commentary on social media. O’Brien talks about the external perception of footballers from those who don’t see the players up close every day, and insists they have their own everyday challenges in life regardless of the vast riches and luxury afforded to them.

“We mustn’t forget that we’re talking about human experience. For example, personal relationships might sometimes become difficult for some players. They may struggle to settle in a new country or to feel included in a new team. They can encounter the piercing pain of bereavement. Yet, the expectation upon them is to somehow put all of that type of thing aside and go out and perform on the pitch.”

“Having a psychologist available can help players work some of those things through - it’s not counselling or therapy - it’s a way of helping someone to understand their mind so they can focus and pay full attention to the right things that will enable them to perform at their best.”

Wenger: We needed something special

“I have heard it said that some footballers are arrogant but when you get to know them on a daily basis most are very respectful people. Often those who appear to be arrogant are projecting an unshakable confidence. There is a performance arrogance that they have - and some will be thinking ‘how dare you even think you can compete against me.”

When asked whether there is a stigma attached to seeking help from a psychologist, O’Brien is adamant that top professionals will always look to improve themselves whatever the means.

“If a top performer thinks there’s something that could even make a few per cent difference to their game they might try it - whether it’s psychology, chiropractic, yoga - whatever works for them. If their reality is that they need to develop aspects of performance then why wouldn’t they work with a psychologist? We perform according to our reality and a small percent of improvement in performance might take you from first-class to world-class. Things don’t have to be bad to get better.”

“When I first started working in football there was a notion in the game that people are either mentally weak or mentally strong. I often challenged this. It is problematic in so many ways and one is that the idea of ‘mental weakness’ or ‘mental strength’ is under-researched and we don’t know what the terms really mean. Therefore, at that time, a player who was working with a psychologist may have been considered as being mentally weak. This is a misunderstanding. People are more informed now and if a psychologist can help you, for example, become more resilient, there’s no real stigma around that at all.” 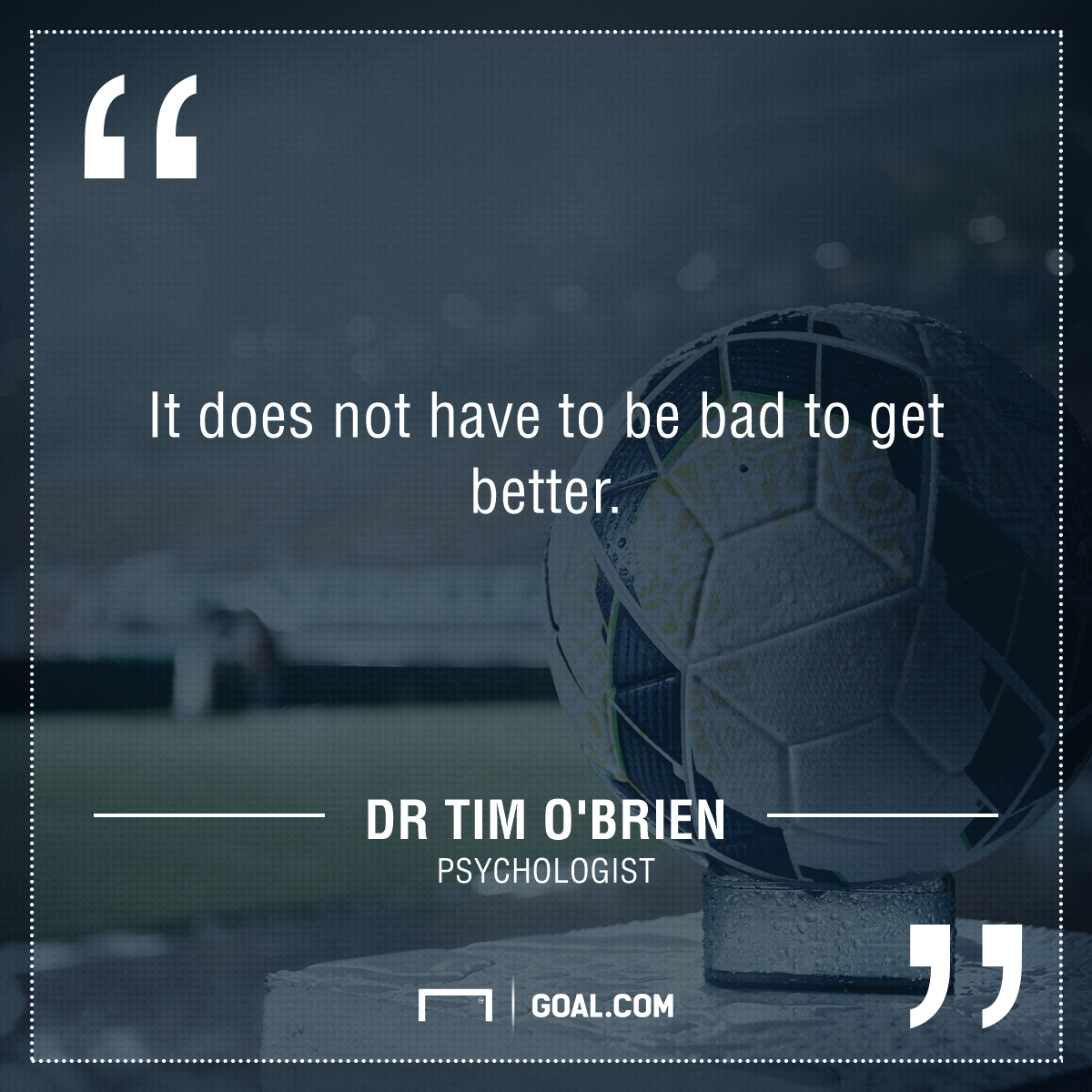 A recent FIFPro study found that 38 percent of 607 current players, as well as 35 percent of 219 former players, suffered from depression and/or anxiety symptoms. The prevalence of mental health issues in the game has been a difficult subject to breach and O’Brien says depression, like happiness, is linked to a person’s sense of purpose.

“Your feelings are dependent upon how your mind interprets your world. If you are valued in what you do then it makes you feel happier”, says O’Brien.

“No matter what job you do your sense of meaning and purpose is really important. You could be a Premier League footballer earning huge amounts of money but if things happen in your life that make your sense of meaning become fragile or your sense of self become vulnerable then you can become anxious or depressed, just like anyone else. It is so important to encourage and enable men to talk openly about their feelings and not just manage them in spiralling silence.”

“Most of your happiness is based upon how you perceive your world and so, strange as it seems, it is possible that a Premier League footballer can become depressed while on the other side of the world a street child can become happier”.

“There is a differentiation between pressure and stress. Some people perform well under pressure in the big games. They love pressure because they believe they have, or can develop, the psychological resources to perform when demands on them are at the highest.”

“In life, when pressure flips into stress you start to feel like you don’t have the psychological resources to cope. It is the same in sport. If you’re stressed you cannot perform well. It is possible to be psychologically energised and relaxed at exactly the same time and this helps you to perform under pressure.”

Long-serving manager Wenger, who recently marked 20 years in charge of the Gunners, is considered by many to be a closed book when it comes to talking about himself and perhaps that is the reason why he has managed to get so much out of his players over the years. In 'Wenger Legend’ Jasper Rees wrote, “Wenger has the teacher's classical psychological profile. He thrives on a close personal rapport with pupils - or in his case players - that is entirely one-way. It allows him to get to know those in his charge intimately - to ask about their home life, to do all but tuck them up in bed - without having to give anything away about himself.” 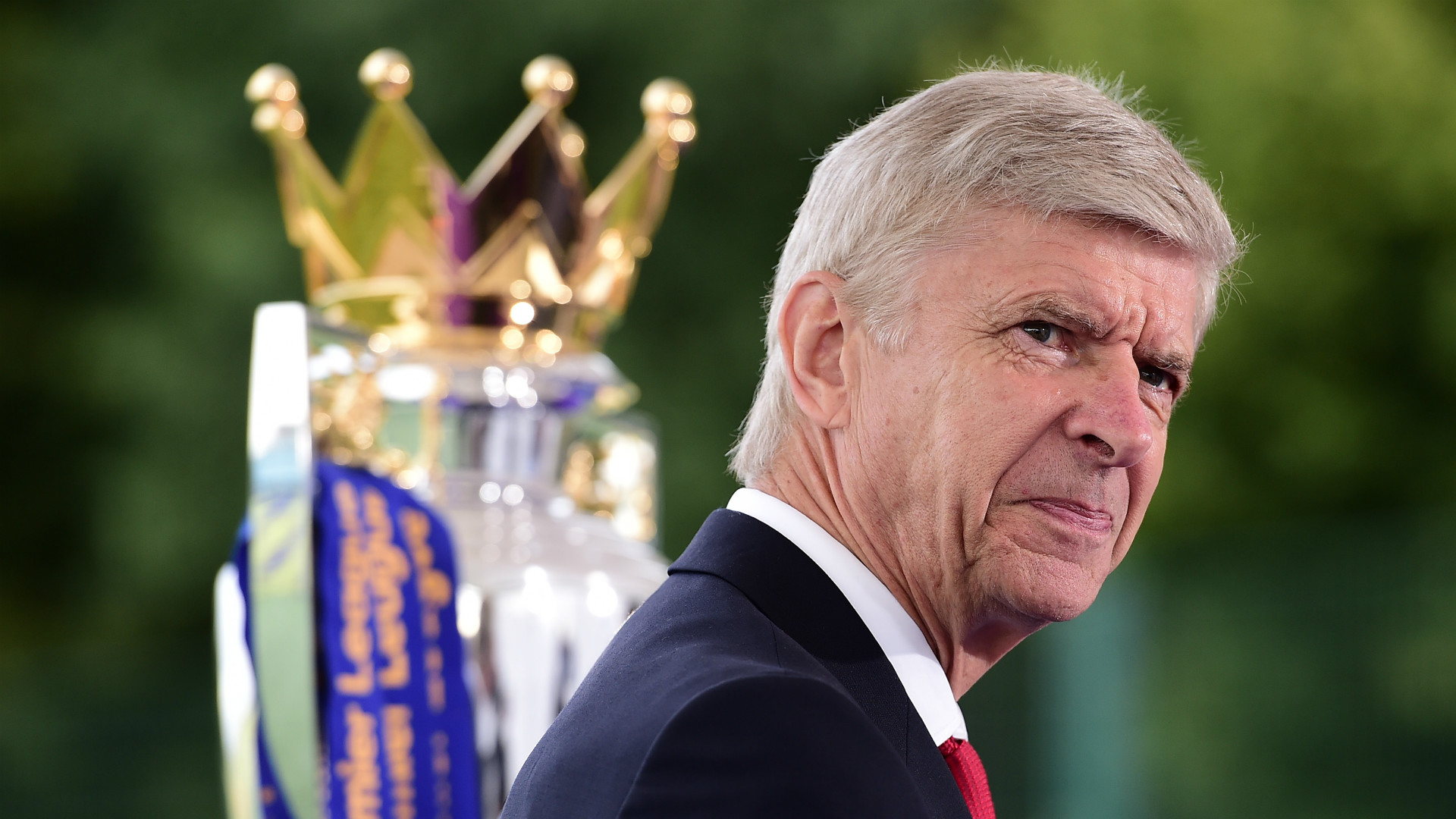 Wenger has previously said that he can only survive if he has the desire to win and while O’Brien knows more than most about the Frenchman’s personality and impact off the pitch, he reveals one aspect of the 67-year-old that not many people are aware of.

“One thing I’d say about Arsene that people don’t know is that he’s got a great sense of humour.

“He’s also a living football encyclopaedia and a cultural architect.”

You can purchase Dr Tim O'Brien's book 'Inner Story: Understand your mind. Change your world’ on Amazon . It is endorsed by Arsene Wenger.