Arsenal's impressive 14-game unbeaten run in the Premier League came to an end on Tuesday when Everton beat Arsene Wenger's side at Goodison Park.

The Gunners hadn't lost a league game since the opening day of the season against Liverpool but were killed off by the Toffees in a steely 2-1 victory for Ronald Koeman's men.

How could Man Utd line up?

Sunday's mammoth league clash against Manchester City represents another tough domestic encounter in which Wenger faces a managerial opponent whom he has an indifferent record against.

Wenger will want his side to get back on track with a win at the Etihad Stadium, although he faces a difficult test even though City are missing their top scorer Sergio Aguero through suspension.

Shkodran Mustafi has been ruled out for the rest of the year with a hamstring injury, joining fellow defender Mathieu Debuchy on the sidelines.

German defender Mustafi has been unbeaten in defence since joining the club and his absence could cost the Gunners over a key Christmas period, as their defeat to Everton showed.

Aaron Ramsey and Danny Welbeck are still a week away from returning to full training.

Arsenal have no suspended players for this game.

Alex Oxlade-Chamberlain faces the possiblity of being dropped after an underwhelming performance against Everton in midweek, while Gabriel will continue at centre-back due to Mustafi's injury. 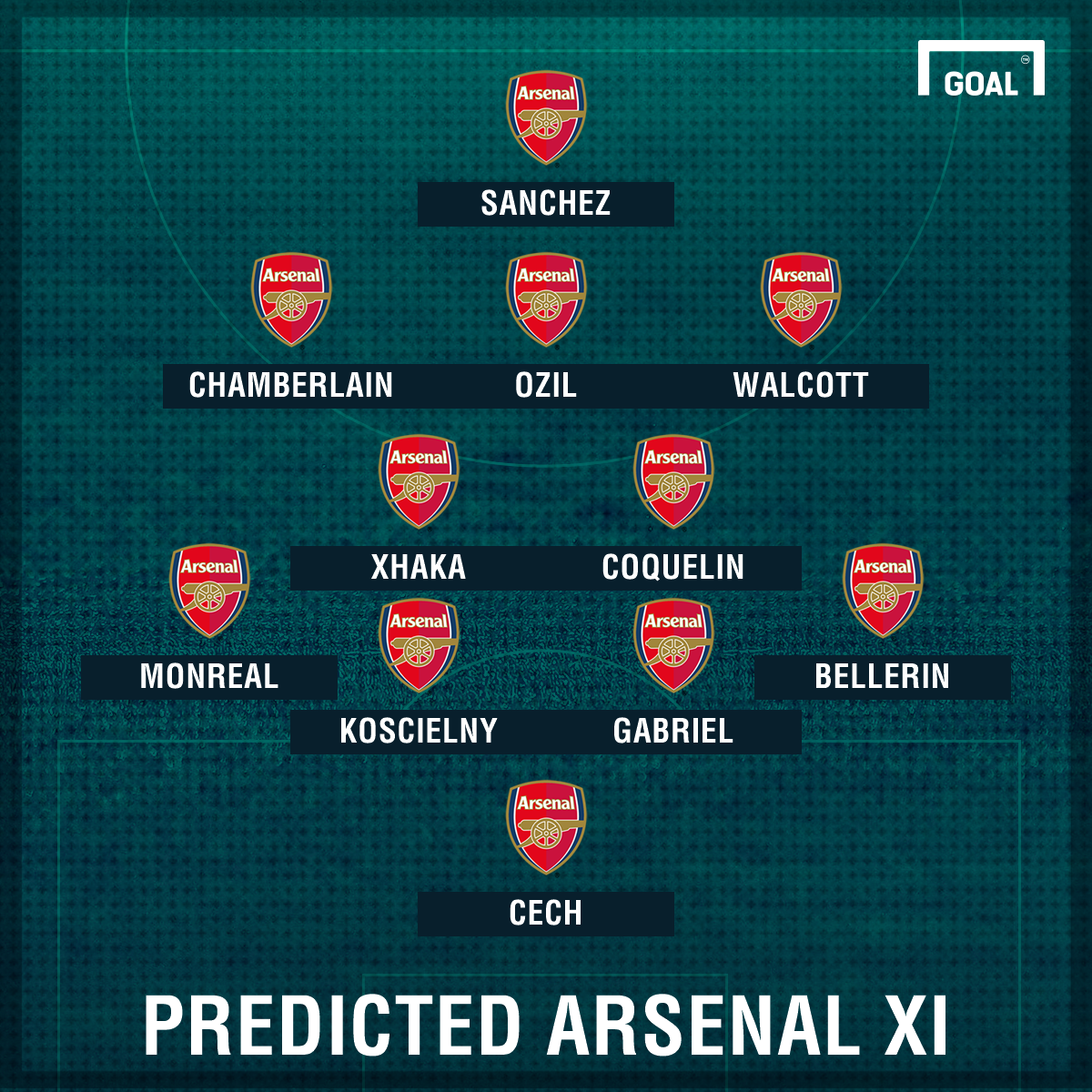 Manchester City have lost two of their previous five games but Wednesday's win against Watford will have given them a timely confidence boost ahead of the game with Arsenal.

Guardiola's men have been given eight red cards in the Premier League against Arsenal; more than they have against any other opponent and he'll be desperate of seeing no repeat scenes of the recent game with Chelsea which saw City incur a £35,000 fine.

Sergio Aguero is their top goalscorer with 10 goals in the league, but is suspended for the game.