Ben Spratt
The Swansea boss expects his Icelandic playmaker to be a target for many clubs in the winter window, but is hoping to keep him in South Wales

Bob Bradley is expecting interest in Gylfi Sigurdsson in the January transfer window, but remains confident Swansea City can keep the midfielder.

Despite the Swans' poor start to the Premier League season, Sigurdsson has been in inspired form this term, scoring six goals in 16 appearances in all competitions.

Although manager Bradley concedes Sigurdsson's hot streak is likely to have other clubs circling, the 27-year-old features heavily in Swansea's plans.

"Gylfi has been terrific for us," he told a pre-match news conference ahead of Wednesday's clash with West Brom. "I am sure that there are many clubs that are taking notice of what he's doing.

"But, from our standpoint, we consider him important as we move forward and we're confident he is going to still be a part of our team as we get into the second half of the season and beyond. 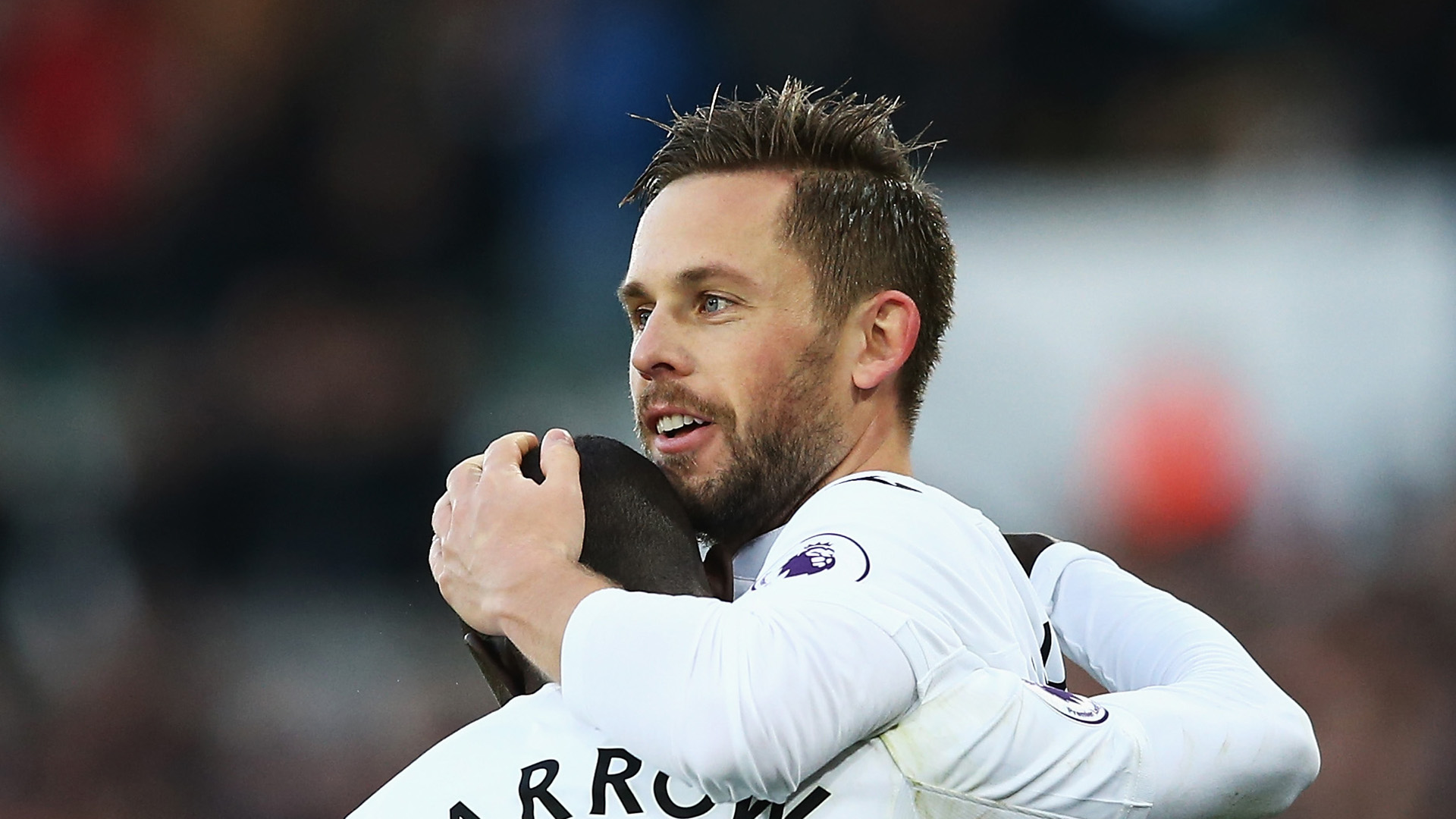 "For us to not only improve week to week, but have a little bit of a longer term vision of how we can improve and move ourselves forward, a player like Gylfi is a vital part of that vision."

And Bradley insists only "crazy" circumstances would take Sigurdsson away from the Liberty Stadium, the Iceland international having signed a new four-year contract in pre-season.

"People talk about 'big offers', but how big is 'big'? Look, I believe that he is going to be with us," he continued.

"All you have to do is look around football, and sometimes crazy things happen, but there is no sense getting too deep into that conversation because, on the inside of our football club, we are confident he is going to be part of our team moving forward.

"He is taking more of a leadership role. We all feel very good about what he is doing for us on the field."