Chris Myson
The Belgian has suggested the race for glory in England is already a three-horse race, notably omitting the Stamford Bridge outfit's greatest rivals

Chelsea beware! We're about to see the real Man City

In a snub to the likes of Arsenal, Tottenham and Manchester United, the Belgium international only named two teams as threats to his side's chances of top-flight glory.

Chelsea are top of the table after 13 matches and face a huge trip to play Manchester City on Saturday.

And Hazard is clear in his view that they and Liverpool are the teams who must be beaten if Antonio Conte is to lift silverware in his first season at Stamford Bridge.

"Man City and Liverpool," Hazard told reporters when asked who his team's title rivals are.

"They are both good. If we want to be there at the end, then we have to finish above them. 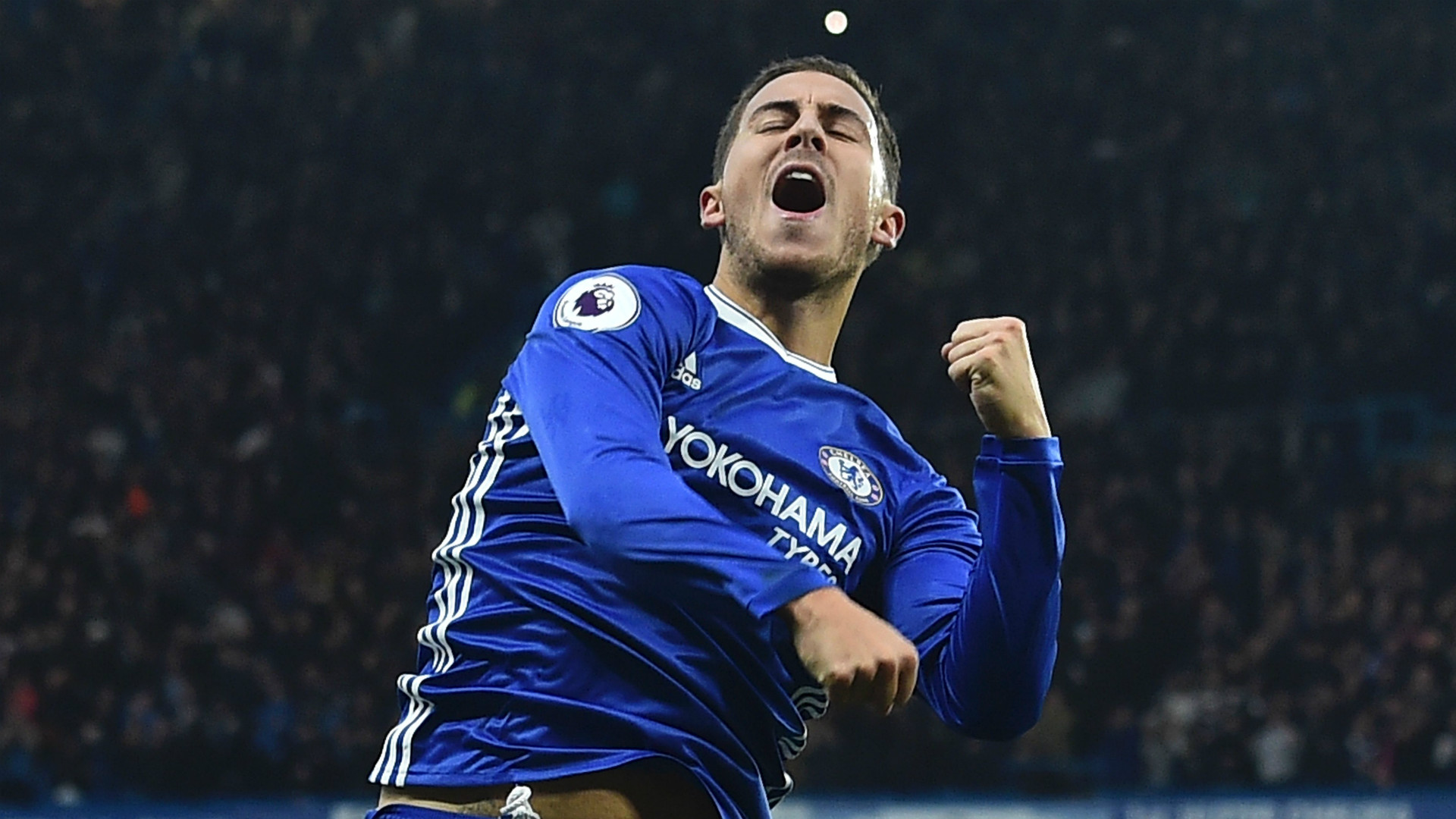 "Next week we go to Man City – a very good opponent. We want to keep going like this. We are full of confidence and want to win every game."

Hazard's words come despite Arsenal being the last team to beat Conte's side in the league, winning 3-0 at the Emirates Stadium in September.

Chelsea have won seven straight matches since and sit one point clear of Pep Guardiola's City, as well as Liverpool.

"We know it's always difficult to win there," added Hazard ahead of the City trip.

"They won at Burnley and they have a lot of good players – Sergio Aguero and Kevin De Bruyne. I hope it will be a good game and if we can win there it will be good.

"Two months ago we went to Arsenal and weren't ready, but now we know what we have to do. We will give everything and be ready for the game."

The match will see Hazard do battle with Belgium team-mate De Bruyne, a player the 25-year-old is a big fan of.

"I know him well from Belgium and he's a top player," continued the winger.

"He didn't get his chance here at Chelsea, but did very well in Germany and since he went to City he's been on fire.

"Sometimes you don't get the chance to play or the system the manager uses isn't right for you, but now he's full of confidence.

"I hope next week he'll have less confidence! It's good for Belgium that two players are fighting for the title in England, but I hope when we go to the national team we don't fight! We're good friends."