The Senegal international was beaten only by Mario Gomez in the Bundesliga's top-scorer chart last season, but can he transfer his form into the Premier League?
ANALYSIS
By Chris Davie & Rob Stewart

He's been brought in to compliment the prolific Demba Ba, but Newcastle United's latest recruit, Papiss Cisse, arrives with a goal record that suggests Alan Pardew now possess the fire power capable of replicating the club's title pursuit of the late 1990s.

Not since the strike partnership of Alan Shearer and Les Ferdinand in the 1996-97 campaign have Newcastle been so close to securing the Premier League crown, but the new No.9 at St James' Park could be the solution to Pardew's season-long problem of who to play alongside Ba.

Goal.com looks at how Pardew can immediately integrate his £10 million acquisition from Freiburg into his side and the ability Cisse displayed in Germany. 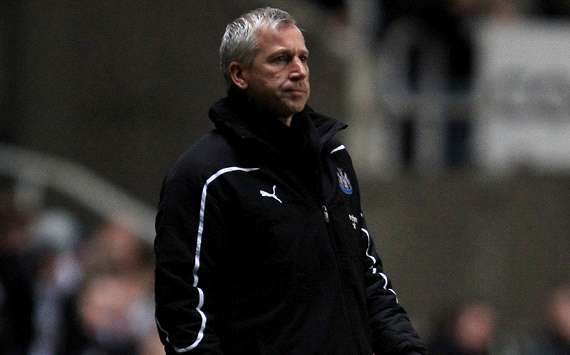 They say a week is a long time in politics and so the year that it has taken Newcastle to replace Andy Carroll must have seemed like an eternity but the arrival of Cisse should make the wait worthwhile.

Newcastle owner Mike Ashley was widely condemned for selling Carroll to Liverpool even though £35m went into the club’s coffers but the £10m acquisition of Cisse from Freiburg will not only allow fans to forgive and forget, but it also shows how quickly the club have evolved under manager Alan Pardew.

European football is now looming for Pardew who has only been in charge of Newcastle since December 2010, and in persuading Cisse to join Senegalese compatriot Ba to lead Newcastle’s strikeforce it completes the transformation of the side he inherited from Chris Hughton.

When Pardew arrived, Newcastle were ticking along nicely under Hughton but the modus operandi was one-dimensional and revolved around the aerial prowess of Carroll that earned the club-record move to Anfield.

Last summer the cultural revolution began in earnest as Kevin Nolan and Joey Barton followed Carroll out of the exit as Pardew brought in Ba and Yohan Cabaye, as he turned Newcastle into the high-energy side that has surprised many pundits by spending most of this season in the upper reaches of the Premier League.

Newcastle could have probably got by this season without Cisse but Ashley cannot resist a good deal, and having wavered over Cisse last summer, this time around it was a bit of business that made eminent sense for the sports retail tycoon who likes to buy up-and-coming talent with a view to flogging them off at a vast profit

Not only does it mean that Newcastle will have two of the best strikers in the Premier League on their books but their vibrancy means that Pardew’s high-octane tactics will become even more pronounced and Newcastle more dangerous than ever.

Ashley keeps his cards close to his chest but he has acute business sense and the fact he has sanctioned such substantial outlay must indicate that he feels European football is within the club’s reach this season.

Cisse’s arrival is, of course, bad news for Leon Best and Shola Ameobi but Pardew will be keen to hold on to them as squad players so it seems more likely that fringe figures such as Peter Lovenkrands will move on.

There is lots of uncertainty over Ba’s future thanks to the revelation that he has a get-out clause in his contract but that is an issue for next summer when Newcastle will surely re-negotiate his current deal.

Cisse will have a lot to live up to at Newcastle when he finally dons the club’s famous No.9 shirt as he follows in the footsteps of the likes of Andy Carroll, Alan Shearer, Les Ferdinand, Malcolm Macdonald and Jackie Milburn, but the way the Premier League club has evolved over the last year means he has every chance of writing his own name in Geordie folklore. 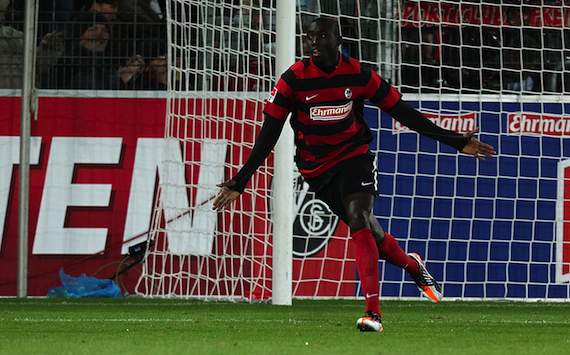 Cool in front of the goal, good positioning, solid work ethic - he is your typical goalscorer, without a single exceptional skill but with an all-around above-average package.

Cisse is a robust, powerful striker who will not hesitate to take a shot and he used his athleticism to compensate for Freiburg's lack of playmakers. He is not renowned for his finesse, mainly relying on his right foot for the bulk of his goals, but can he be a formidable opponent on the counter-attack.

Cisse came to lowly Freiburg from French club Metz as their club-record signing for £1.3m in December 2009 and finished the season with six goals in 16 matches, although two strikes came in the final two redundant games of the season.

The following season he was classed as Freiburg’s 'life insurance' after improving dramatically following his inaugural term in Germany. An impressive 22 goals in 32 appearances saw him end the campaign as the Bundesliga's second-highest goalscorer behind Bayern Munich's Mario Gomez.

Cisse's return ramped up interest from a number of clubs but Freiburg’s asking price was £12.5m in the summer. Dynamo Kiev were willing to match the Senegal international's valuation but Cisse snubbed a switch to Ukraine.

This season it became obvious Freiburg were ready to let their prized asset leave with the right offer on the table. Cisse scored his goals but the team struggled in the table. Of the nine matches in which he scored before leaving for Newcastle, only two ended in victories for Freiburg.

Freiburg tried to copy their success with Cisse's transfer by bringing another French-speaking African this summer. The new record signing was Garra Dembele from Levski Sofia for £2.1m but he is considered a transfer flop, starting only one match and scoring once in 12 appearances.