In his latest works, Goal.com cartoonist Omar Momani portrays the Tottenham manager's methods of landing a Samba talent ... or, rather, a Blackburn centre-back
With Tottenham's search for a defender well documented, it seems Harry Redknapp has met his match in the most ironic of circumstances.

Fresh from claiming he had never heard of Santos and Brazil midfielder Ganso, he seems to have redeemed himself by displaying his knowledge of at least one Samba star.

However, it is Blackburn and Congo defender Christopher Samba that has now stirred his imagination. The burly stopper has long been linked with moves away from Ewood Park after forging a hugely successful career so far in the Premier League.

But despite there being no question of his ability in bolstering the Lilywhite's rearguard, or his name, he maybe doesn't have the guile or flair of his fellow contemporaries as such... 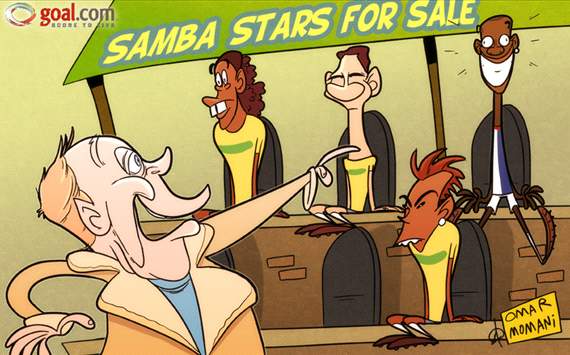