Edited by Wayne Veysey
It was one of the busiest deadline days in recent memory with moves on, off and back on again right up until the final moments - so what was going on behind the scenes? 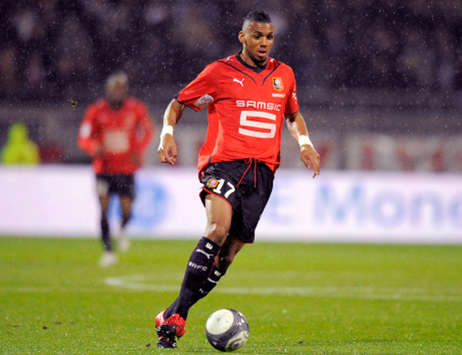 In a whirr of faxes, suited bartering and post-dusk medicals, transfer deadline day once again did not disappoint in terms of drama and unexpected last-second moves that stretched Premier League rules to the limit.

The day's capacity for the unexpected was best summed up by Raul Meireles. At 10.29pm there was barely a whisper that he would be anything other than a Liverpool midfielder when he went to bed that night. Less than 40 minutes later, he was confirmed as a Chelsea player.

The Sweeper can now reveal how some of the major deals were forced through even after they had looked dead and buried while others hit stumbling blocks for reasons as varied as poor timing, points of principle and simple cash.

Take Yann M'Vila, the aggressive Rennes midfielder identified by Arsenal as the solution to their weakness in the midfield battleground. On Tuesday night, Arsene Wenger remained confident he could sign the France international, and the club's medical team were put on alert for a third check-up in 24 hours following the medicals for Per Mertesacker and Andre Santos. 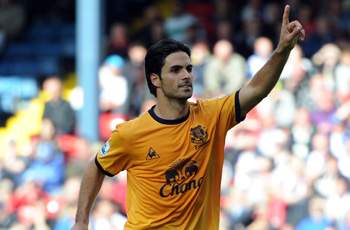 Arsenal were ready to follow up a £22 million bid with a £25m offer on Wednesday but Rennes refused to budge from their stance that their prize asset would not be sold for anything less than £30m. Even late on Wednesday afternoon, Arsenal were confident they could negotiate the price down but Rennes held firm and Wenger turned his attention to Mikel Arteta, right, a player he had publicly denied on Sunday that he had any interest in.

Arsenal are stockpiled with creative midfielders but that did not stop Wenger sanctioning a season-long loan for 31-year-old Yossi Benayoun after being put off by Fulham's £10m asking price for Clint Dempsey and rebuffed in their attempt to tempt Yoann Gourcuff on loan from Lyon.

Arsenal were also heavily involved in one of the principal transfer sagas of the summer, that of Gary Cahill. An £11m offer, including add-ons, was not enough to tempt Bolton Wanderers to sell, despite the Lancashire club's debts of £93m.

Tottenham had been tracking the centre-half all summer and, by deadline day, it had become a one-club race to sign the England international after Arsenal had turned their sights elsewhere. Spurs offered £13m for Cahill on Wednesday but Bolton continued to hold out for £15m.

Spurs had agreed to sell fourth choice centre-half Sebastien Bassong to QPR for £4m but killed the deal late on Wednesday once it became clear that Bolton would not lower their valuation of Cahill.

In what is an encouraging sign for Arsenal, Cahill did little to push through a move to White Hart Lane, as he had set his sights on a switch to a Champions League club. Come the January transfer window, when Cahill's value will have diminished to £6m assuming he does not sign a new Bolton contract, Arsenal will be favourites to sign the 25-year-old.

Compared to the money offered by an increasingly desperate Chelsea for Luka Modric during the window, the Cahill bids were small beer. From £22m in late May to £40m on August 30, Roman Abramovich pushed the boat out further and further to prise the Croatian from White Hart Lane and fill the missing piece in the Chelsea jigsaw.

All the while, Spurs chairman Daniel Levy held firm. Those who remembered the eleventh hour 2006 and 2008 sales of Michael Carrick and Dimitar Berbatov simply assumed Levy was playing a game of poker with Chelsea all summer to extract the highest possible price.

How wrong they were. Levy went as far as any chairman ever has in May to publicly outline how and why Modric would not be sold at any price. Despite the best efforts of Chelsea to unsettle Modric and the player himself to down tools and engineer a move, Levy did not blink, even while his own manager was publicly questioning the need to keep such an unhappy player.

The Sweeper can reveal that Levy, right, personally spoke to Modric three times during the summer to spell out that the midfielder would not be granted his wish of a switch to Stamford Bridge. The first occasion came during a face-to-face meeting at White Hart Lane in early July only hours after Modric had arrived in London and reluctantly returned to pre-season training.

The second came on the night of Saturday,  August 20 when Levy rang the midfielder and told him that his self-imposed exile against Hearts in the Europa League two days previously would not weaken the club's resolve to hang on to him. Then, five days later Modric and Levy held further talks at White Hart Lane when the player was told he would remain at White Hart Lane for the whole season.

Modric then knuckled down in training for two days but as late as last Sunday morning, on the day of the 5-1 defeat against Manchester City, the player was claiming he was not mentally capable of playing that afternoon.

Spurs are confident that their best and most important player will now settle down and demonstrate the professionalism of which he has been renowned until this summer. The club's stance is that he will not be sold in January under any circumstances and Modric's future will not be reassessed at any point until the end of the season.

While Spurs clung on to Modric, they were happy to negotiate deals to offload five senior squad members on deadline day, Peter Crouch and Wilson Palacios to Stoke City for a combined £16m, Alan Hutton to Aston Villa for £4m and loan moves for Jermain Jenas fo Villa and David Bentley to West Ham.

Crouch's switch to Stoke was not confirmed until the early hours of Thursday morning following a fraught day of negotiations. Redknapp was keen to keep the England international but Levy was delighted to negotiate a £10m fee for a player who turns 30 in January.

Key to the chairman's strategy on deadline day was to reduce the numbers in a bloated squad and keep it in line with the Premier League's 25-man limit. Hutton was widely reported to be heading across London via the Scotland training camp on Wednesday following a late bid from Fulham but it is understood that it had always been the defender's ambition to move to Villa once it became clear earlier this year that he was surplus to requirements at White Hart Lane.

One player Fulham were able to entice was Bryan Ruiz, the Costa Rican winger with the fine scoring record at FC Twente. After arriving in London late on Tuesday night once the two clubs had agreed a £10.6m deal, he underwent a stringent medical on Wednesday at Fulham's Motspur Park training ground only to hear of late interest from Newcastle United.

A helicopter was put on stand-by to whisk Ruiz to the north-east but Newcastle were unable to beat the salary offered by Fulham, who have made the 26-year-old the best-paid player in the club's history with a £3m-a-year deal.

No deadline day can pass without one leading player boarding a helicopter and that proved to be the case again this week as Craig Bellamy made the aerial journey from Wales' Celtic Manor training camp at 3.30pm on Wednesday to Liverpool.

Only hours earlier, Bellamy was convinced he would be remaining on the sidelines at Manchester City after making it clear he was not interested in the wage cuts on offer at Sunderland, Stoke City and Celtic.

But Liverpool got in touch again on Wednesday morning following an enquiry to City a week previously and Bellamy's advisers, ensconced at Celtic Manor, then held "tough" negotiations with City and Liverpool to facilitate a free transfer to Anfield.

Bellamy was dispatched to Merseyside for a medical just in case the various parties could reach a resolution but even then he was not convinced a deal could be agreed. It was not until minutes before the 11pm cut-off that the much-travelled Welshman was confirmed as a Liverpool player for the second time on a two-year contract. 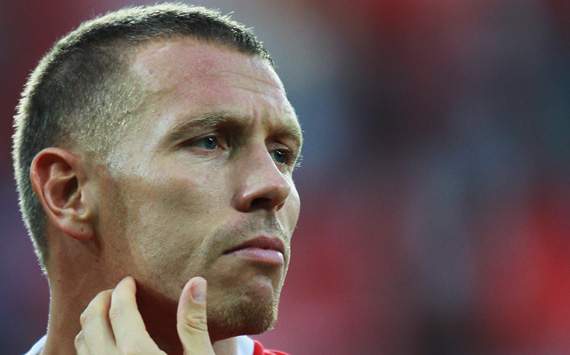 While Bellamy took to the skies, Joe Cole settled for the rails as he made the switch from Liverpool to Lille. Aston Villa made a late bid to entice Cole to remain in England but, by then, it was late Wednesday morning and Cole was already having a medical at the Ligue 1 club.
He had been sold by the opportunity to reignite his career in France and start a new life across the channel. Contrary to some reports, Cole will be living in France and not commuting from London.

There were other high-profile loans, including Nicklas Bendtner to Sunderland. He had started the day bound permanently for Stoke after an £8m fee had been agreed but the big Dane was not impressed at being asked to take a salary cut to move to Staffordshire.

Blackburn Rovers then phoned Arsenal to alert them to their interest, and talks were held with the player's advisers but nothing could be agreed. Finally, Sunderland offered to match Bendtner's £55,000-a-week wages to entice him to the north-east for the duration of 2010-11.