The 37-year-old has broken records and won a plethora of honours during a golden age for United, and remains the only player to have played in every one of Sir Alex Ferguson's title-winning sides.

And on the 20th anniversary of Giggs making his professional debut, Goal.com UK took a walk down memory lane to look at some of the highlights of a glittering career. 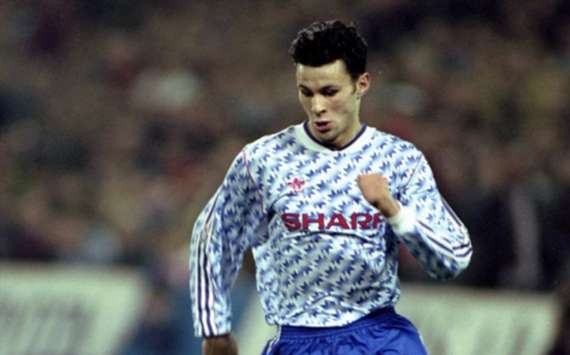 In action against Crystal Palace during his first season at United

Giggs made his debut for Manchester United on March 2, 1991, in a game against Everton at Old Trafford. He came on as a substitute after full-back Denis Irwin sustained an injury and had to be taken off. The Toffees went on to beat Sir Alex Ferguson’s charges 2-0 on that occasion. 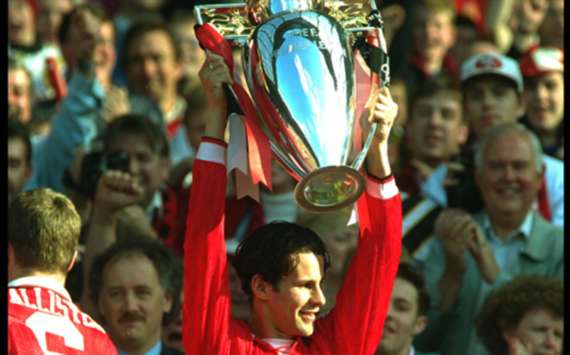 A year after first title triumph, Giggs lifts trophy in double-winning season of 1993-94

In the 1992-93 season, the left-winger helped Ferguson win the inaugural edition of the newly formed Premier League, and thus ended United’s 26-year wait to win the league title. The Welshman was also voted the PFA Young Player of the Year for a second consecutive season. This feat has only been equalled by Robbie Fowler and Wayne Rooney, but nobody has been able to better that achievement.

A year later, the young midfielder took the club to new heights as the Red Devils did the Double by winning the league and the FA Cup. 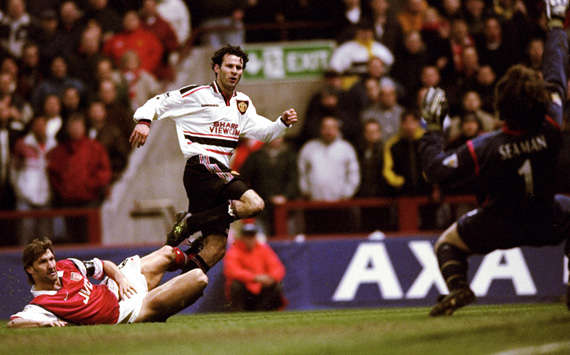 Goal against Arsenal in the FA Cup semi-final replay

Giggs had gained a reputation of scoring sensational goals after his efforts against Queens Park Rangers in 1993, Everton in 1995 and then a superb goal against Coventry in 1996. But one of the most memorable goals of not just that season, but the FA Cup itself, came in the semi-final replay in 1999.

United had dominated a significant portion of the game against rivals Arsenal, but the sending off of Roy Keane and the introduction of Marc Overmars had seen the scales weigh down in favour of the Gunners. At the time, goals from David Beckham and Dennis Bergkamp meant that a 1-1 score line sent the game into extra time. And in the second period of extra time, the Welshman scored arguably one of the most memorable goals of the competition. Then at the ripe age of 25, Patrick Vieira’s bad pass was picked up by Giggs, who went on a 60-yard run that saw him dance past the entire Arsenal back-line – which included Tony Adams, Lee Dixon and Martin Keown – before smashing the ball past goalkeeper David Seaman.

The sight of the midfielder celebrating by whipping off his shirt and circling it in the air in sheer ecstasy is unlikely to be forgotten for many, many years. 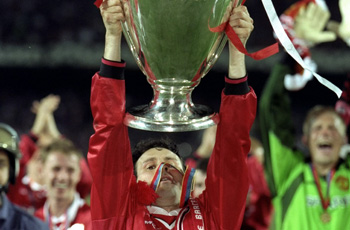 The game at the Nou Camp saw United in their traditional red jerseys, while their opponents, Bayern Munich, sported a grey and burgundy kit. And it was the German side who took an early lead through a low free-kick from Mario Basler.

But in injury time, it was Giggs who assisted Teddy Sheringham in scoring the leveller. That catalyst saw United manage to score another goal less than two minutes later, as Ole Gunnar Solskjaer helped the team win the biggest club competition on the continent. Sir Bobby Charlton had once described Giggs as his favourite young player and in 2008 the Welshman overtook the England World Cup winner as the club's record appearance holder. That was his 759th appearance for the Red Devils. 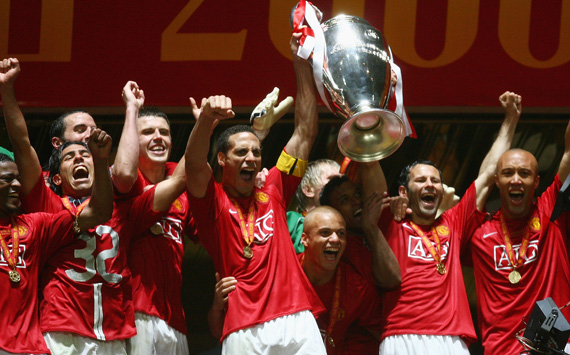 Champions League victory over Chelsea at the Luzhniki Stadium

He came on as an 87th minute substitute for Paul Scholes in the Champions League final against Chelsea. Manchester United went on to win that game 6-5 on penalties. 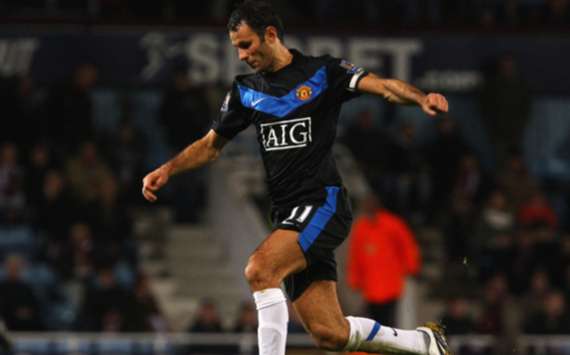 On December 5, 2009, Giggs’ appearance against West Ham saw him draw level with fellow Welshman Gary Speed for the most number of appearances made in the Premier League by an outfield player. That was league game No.535 for the midfielder, and the record was broken a week later when he featured against Aston Villa. 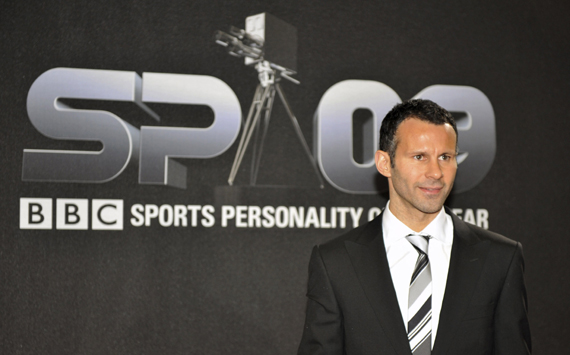 BBC Sports Personality of the Year

A day after surging ahead of Speed’s record for the most number of appearances made in the Premier League by an outfield player, Giggs won the BBC Sports Personality of the Year award.

December 2009 proved to be a very eventful month in the player’s career, as he also signed a contract extension with United to remain a Red Devil until the end of the 2011 season. 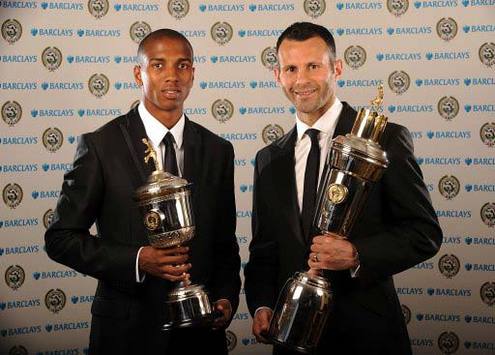 PFA Player of the Year


That same season, the winger was also acknowledged for the first time in his career as the player of the year by the Professional Footballers' Association. 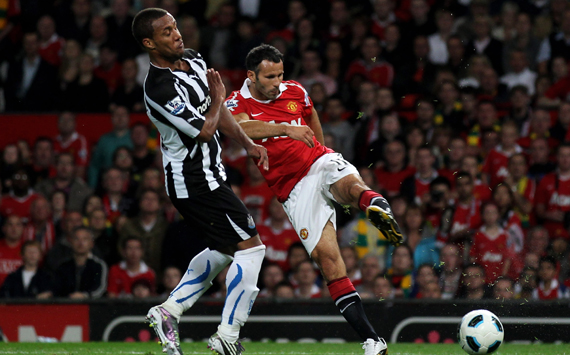 Keeps up record of scoring in every Premier League season

On August 16, 2010, Giggs hit the third goal in his side’s 3-0 victory over Newcastle United, which saw him prolong his record of scoring in every Premier League season since its inception in 1992.

Giggs also remains the only Manchester United player to have played in every team that has won the league title under the guidance of Sir Alex Ferguson.