Manchester United have opened talks over an £18 million move for Bayern Munich star Bastian Schweinsteiger after club officials flew out to Germany, Goal.com UK can reveal.

United executives held talks with Schweinsteiger's representatives in Munich on Thursday and were still in the German city on Friday as they look to beat Chelsea and Real Madrid to his signature next summer.

Schweinsteiger's contract at Bayern Munich expires in June 2012 and speculation has intensified over his future as he has so far rejected the German club's attempts to persuade him to sign a new contract.

MORE...
United have indicated that they are willing to match Bayern's offer of £140,000-a-week in wages over a five-year contract, and Goal.com UK understands Schweinsteiger has indicated he is keen to take on a new challenge away from the Bundesliga. 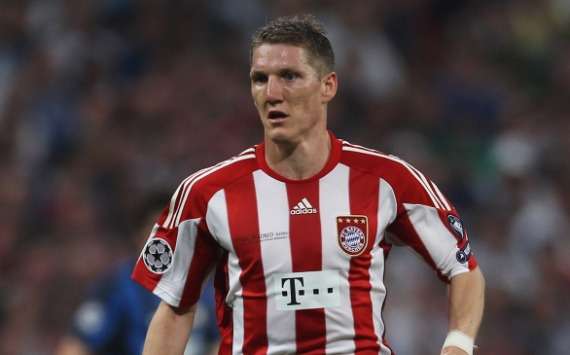 A January deal has even been mooted in some quarters but Bayern are determined to do everything they can to convince Schweinsteiger to sign a new contract and will not entertain selling him until the summer. The Bavarian club have offered him a huge increase on his current £100,000-a-week deal and are ready to make him the highest paid player at the club.

Bayern president Uli Hoeness has said it is "incredibly important" for the club to keep the central midfielder but he could now be set for Old Trafford after holding secret talks with United officials at a Munich hotel.

Sir Alex Ferguson was not present at the clandestine meetings but the United manager has made the Germany World Cup star his number one transfer target as he looks to rebuild his squad next summer with a £50m transfer kitty.

The relationship between the two clubs is already frosty from the £17m deal that took Owen Hargreaves to United from the German club in the summer of 2007.

They could be heading for another clash as United look set to poach Schweinsteiger, who has spent his whole career at Bayern and, according to some reports, was close to signing a new deal with the Bavarian giants.

United were beaten to the signing of Mesut Oezil by Real Madrid last summer but are determined to land Schweinsteiger, who would cost a cut-price £18m next summer as Bayern would want to recoup some sort of transfer fee.

Ferguson has identified Schweinsteiger – known for his creative passing and drive – as the natural successor to Paul Scholes, who is 36 and closing in on retirement.

The German midfielder recently revealed that his brother constantly asks him to consider a move to United, and he could now be ready to leave Germany, where Bayern currently lie seventh in the league.