PSG have reached an agreement with Wolfsburg for the transfer of Julian Draxler.

Draxler, 23, moved to Wolfsburg in the summer of 2015 from Schalke, signing a five-year contract.

How PSG could line up with Julian Draxler

And Goal understands that PSG, who are struggling domestically this season under new manager Unai Emery, have now agreed a deal worth a potential €45 million for the Germany international to move to Parc des Princes.

The Bundesliga side will receive an initial €35m, with the possibility of an extra €10m in bonuses. 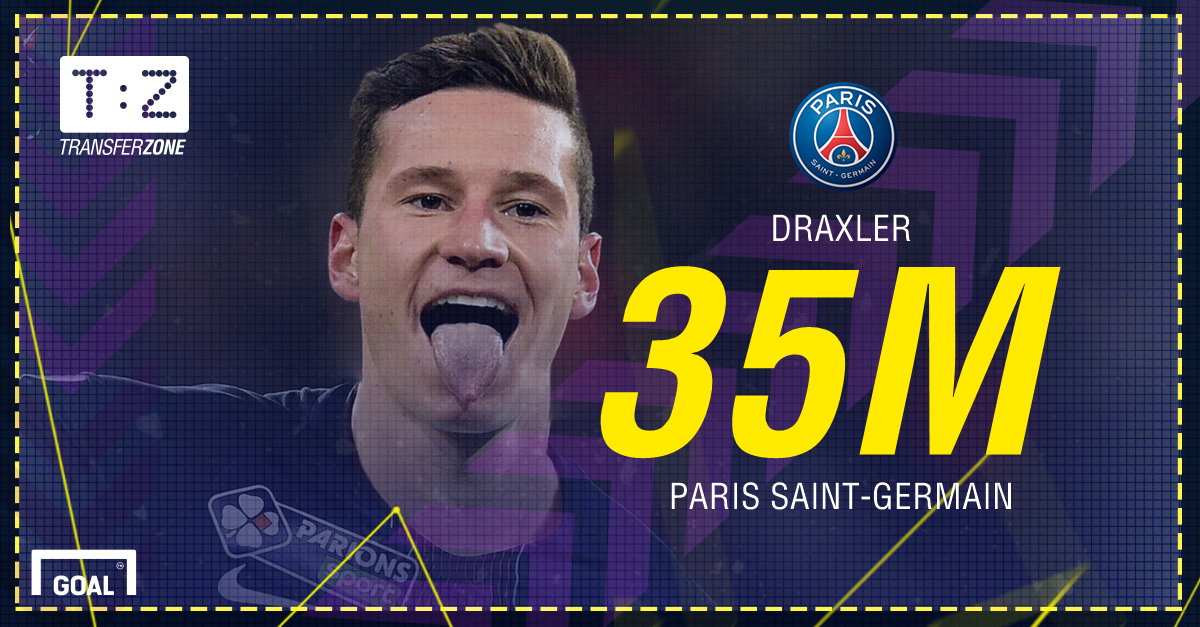 Premier League side Arsenal have been linked with Draxler but he will now move to Paris in January, where he will sign a contract for between three and four years.

PSG are also keen to try and sign Draxler's team-mate Ricardo Rodriguez, who they see as a long-term replacement for Maxwell and competition for Layvin Kurzawa.

However, any deal would see Rodriguez first loaned back to Wolfsburg for the final six months of the season.