The Benfica centre-half is said to be attracting admiring glances from Old Trafford, but what would the Red Devils be getting if a January deal is struck?

Victor Lindelof’s talent can speak for itself, but if the Sweden international was looking for a spokesperson to talk up his qualities ahead of the January transfer window, then Zlatan Ibrahimovic is a pretty useful ally to have on his side.

The Manchester United striker recently said of his fellow countryman: "I think Victor is doing great things, he is playing good for Benfica, he gets a lot of responsibility for the national team now, he is growing.

"I know he is hot on the market so let him make the right choice, what fits him good."

High praise indeed, but who is Victor Jorgen Nilsson Lindelof and why is he causing such a stir?

Well, having first caught the eye while on the books of youth sides in his hometown of Vasteras, his potential was quickly noted by Portuguese giants Benfica. 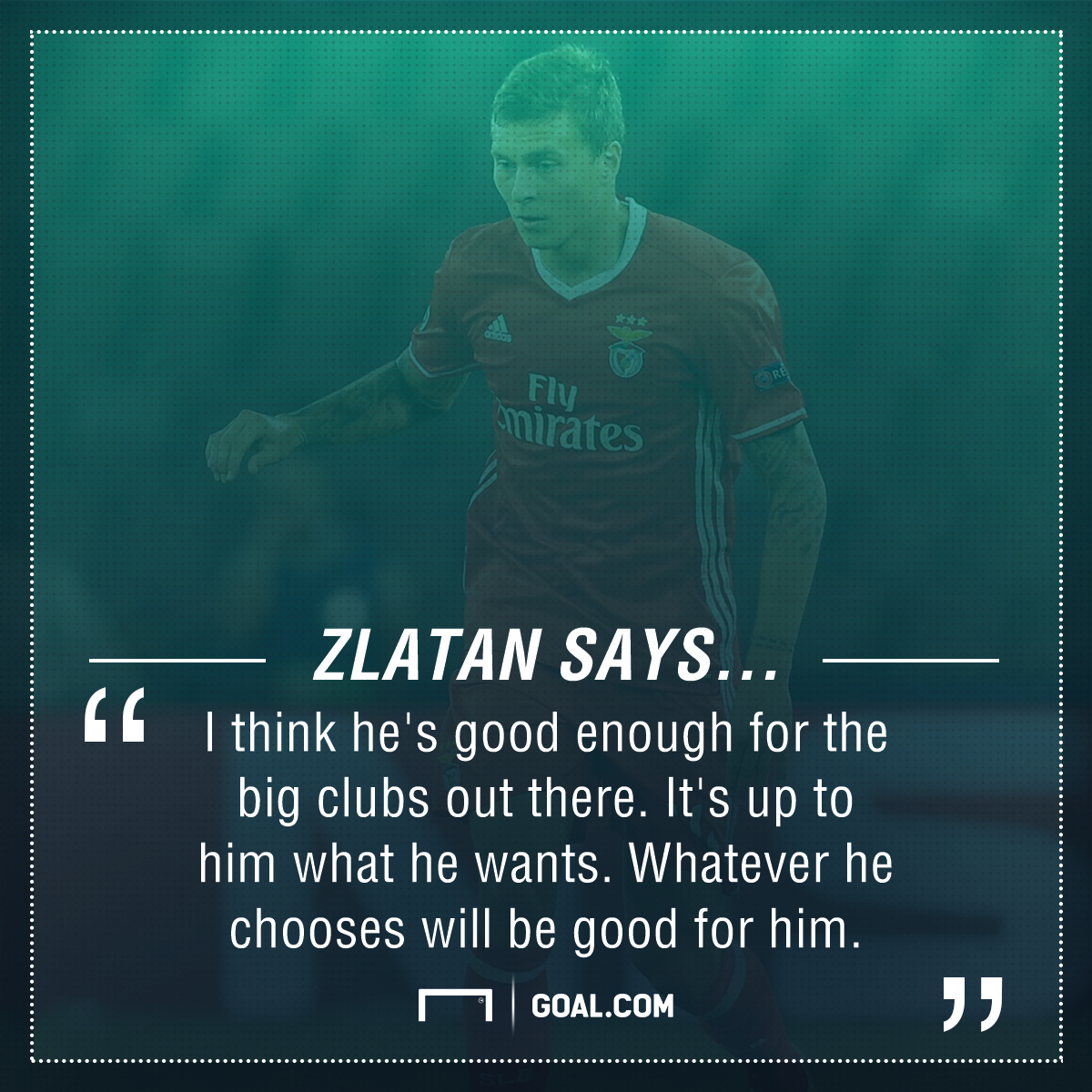 They moved to add Lindelof to their ranks in December 2011, and have subsequently stood back and admired as a rough diamond has been cut and polished into an international-calibre performer.

As with most young players in continental Europe, a promising centre-half was eased into Lisbon life within the U19 and ‘B’ team set-ups.

A senior debut was made in October 2013, and he had offered enough by the summer of 2015 to be handed fresh terms that extended his stay at the Estadio da Luz through to 2020.

That agreement, however, is looking increasingly unlikely to be honoured.

Keeping potential under wraps is never easy, and Lindelof’s breakthrough in January 2016 – shortly after talk of a potential loan move to Middlesbrough - brought him to the attention of heavyweight outfits outside of Portugal.

Not only did he slot seamlessly into a side heading for Primeira Liga title glory – winning 14 of the 15 fixtures he graced - he also proved himself on a Champions League stage against the might of Zenit St. Petersburg and Bayern Munich. 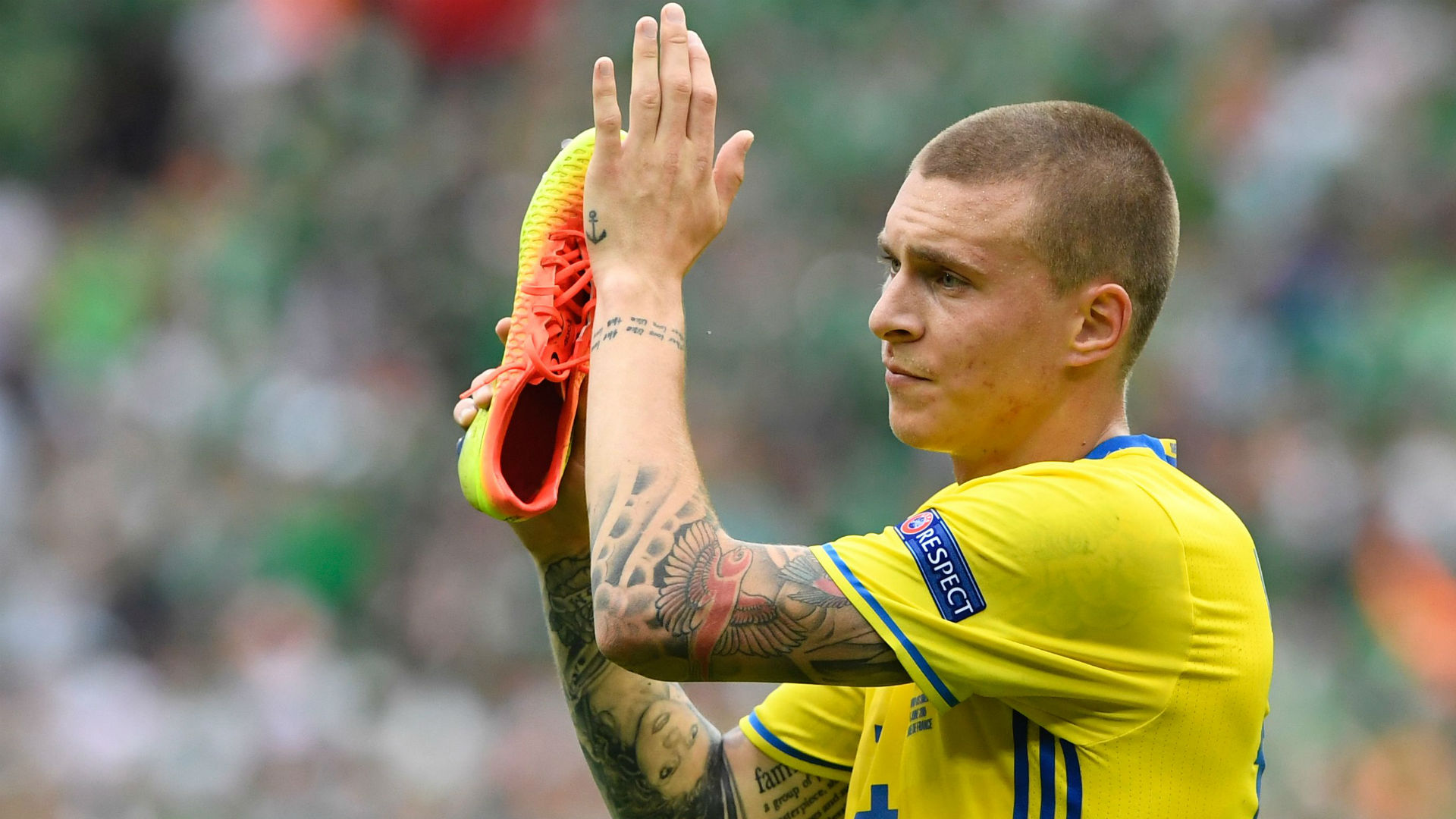 His efforts were rewarded with a senior international bow in March 2016, with a late surge into contention earning him a spot in Sweden’s squad for the European Championships in France.

‘The Iceman’, as he is fondly known, was now big news, and praise from the likes of Ibrahimovic has only served to make him ever hotter property.

Manchester United are believed to have had Lindelof watched by their scouting network on several occasions, and it is not difficult to imagine that positive reports have been fed back to Old Trafford.

Despite being just 22 years of age, and with less than 50 first-team outings to his name at Benfica, the youngster is displaying the hallmarks of a man destined for the very top of the game.

His positional sense and speed across the ground are two of his biggest assets, allowing him to shut down attacks before they become a threat and keep opponents at arm’s length. 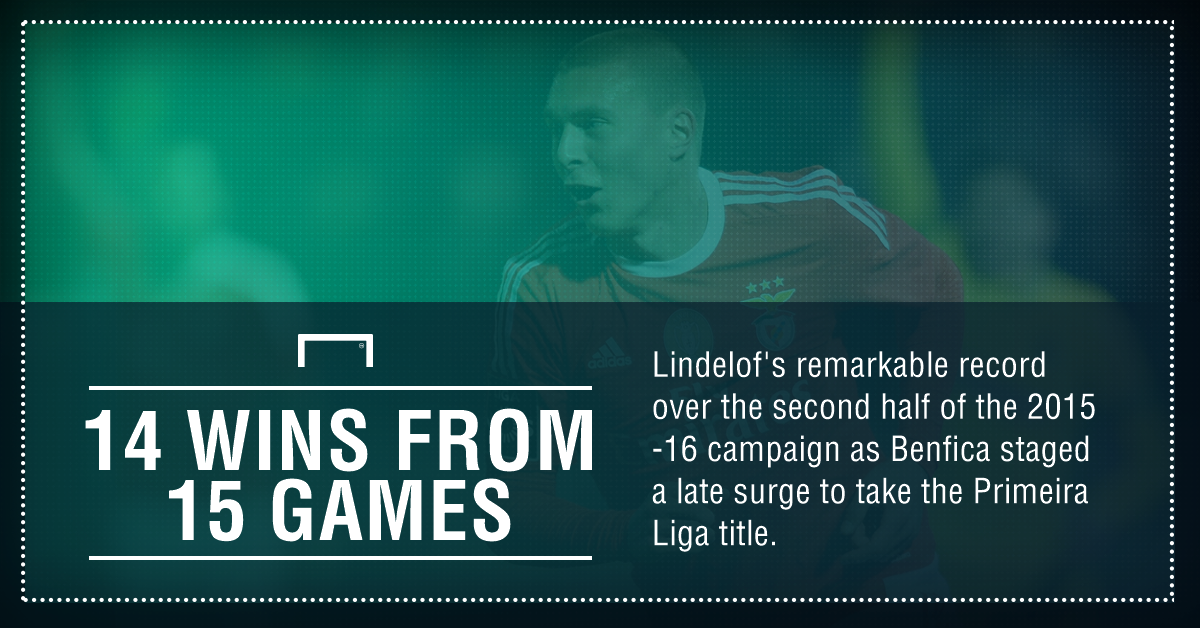 He also likes a tackle, boasting a no-nonsense style to his game that should endear him to an English audience if he ends up in the Premier League.

Lindelof is also capable of playing out from the back, with buccaneering breaks through midfield meaning that he can turn defence into attack in the blink of an eye – while possessing the strength, at 6-foot-2, to ensure that he is not knocked off the ball and left out of position.

Those bursts can be made from both the centre of a back four or from the right-hand side, with Sweden having utilised him as a centre-half and full-back during their Euro 2016 campaign.

One other interesting thing to note about Lindelof is that while he is unquestionably a commanding presence, and one who thrives on the physical aspects of the game, he has already acquired a useful knack of staying out of the referee’s notebook.

Since becoming a regular senior performer in January, 41 appearances for club and country have delivered just six yellow cards – with only one of those picked up in 19 outings this season.

With there being a release clause in his contract of only £26 million, it is easy to see why the likes of United, Chelsea and Inter have been heavily linked with an imminent approach, with Lindelof a modern day defender with an old school edge and one with enough about him to be a star in both the present and future.