Nizaar Kinsella
The winger was linked with a reunion with Jose Mourinho, but the rumours have been rebuffed by the Blues boss who has explained the absence of his key man

Antonio Conte has detailed why Willian hasn't featured in recent weeks after his absences at Chelsea had led to transfer speculation linking him with a move to Manchester United.

Willian hasn't started a match for the Blues since their 2-0 win over Hull City on October 1, with Pedro having replaced the Brazilian in the first XI.

The death of his mother meant Willian was given time out to grieve, while minor injuries have prolonged his time on the sidelines.

The 28-year-old could return to the bench for Tottenham's visit to Stamford Bridge on Saturday, however, and manager Conte provided details on his player's situation.

"He's come back and now it's important to find good form because, in this period, he was unlucky," the Italian told a press conference.

"You know why [he was initially missing]. But it is important now to be focused on work and find continuity in training. Willy is an important player for us and I count upon him a lot.” 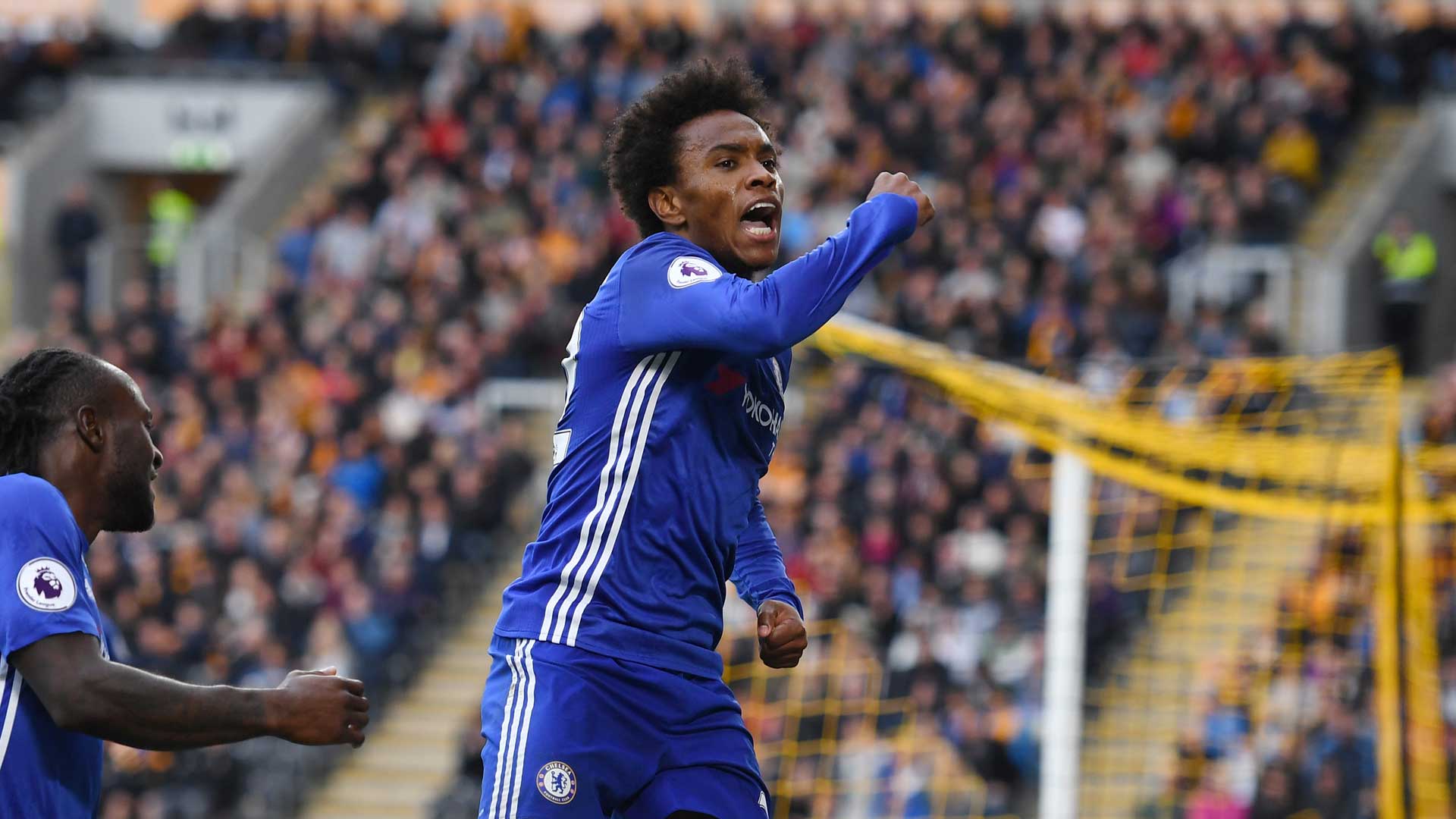 Chelsea have been in scintillating form in Willian's absence which could delay his return to the first team, as Diego Costa, Eden Hazard and Pedro's contributions have helped their side to an impressive six-game winning streak.

Conte confirmed that John Terry and John Obi Mikel will be absent for his side's upcoming London derby, but added that Cesc Fabregas and Kurt Zouma could be inching towards a first-team return after they featured in Chelsea's Under-23 match.

“I saw great attitude and great commitment in this game [Chelsea Under-23s versus Southampton]," he added. "I like this a lot. In this game, there was great intensity like in the first team. If the players ask me to play this kind of game, I'm happy.

“Kurt, now, is working with us. This is the most important thing. Before he started to train with us, then he stopped. Now he's working with great continuity and playing with the youth teams [U23s].

"Now it's the fundamental importance to find good form, to get the idea of our football, and then to come back and have the possibility to play with the first team. But I'm pleased with him. I'm seeing, day by day, great improvement in Kurt.”