By Chris Wheatley
The Gunners have been linked with the Greek international in recent days, but Goal sources claim that he is set to sign a permanent deal with the Portuguese champions

Kostas Mitroglou is on Arsenal's radar but the Greek striker expects to complete a permanent deal at Benfica, Goal understands.

The forward, who is currently on loan from Championship side Fulham, has been targeted by several major European league clubs including AC Milan after scoring 19 goals in 28 appearances for the Portuguese champions.

Mitroglou, 28, only played three times during his spell in the Premier League two years ago due to injury problems, but has proved his worth in the Primeira Liga following a series of impressive performances upfront. 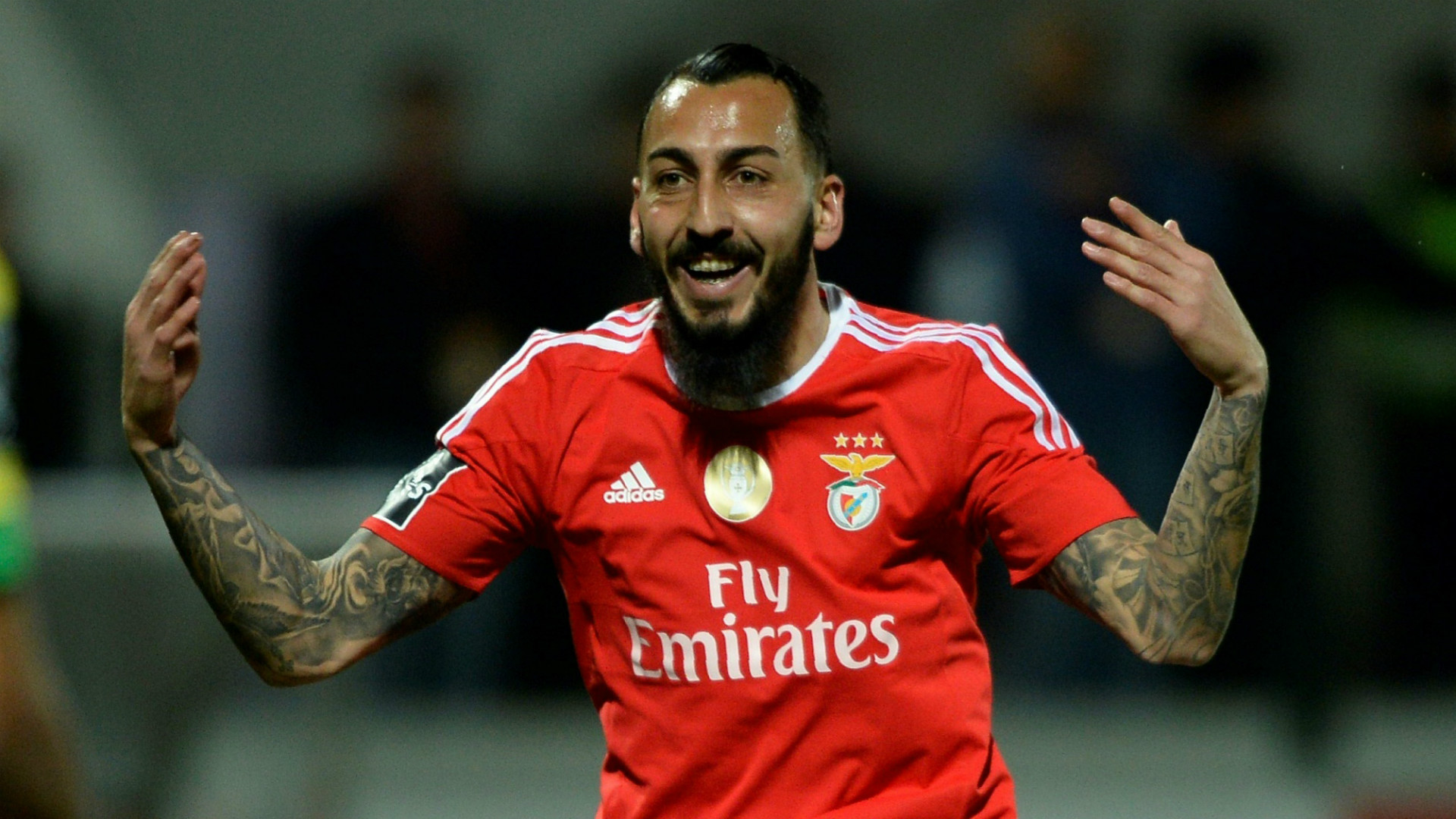 Gunners boss Arsene Wenger is open to signing a striker this summer if the club can attract a ‘world class’ player. While Mitroglou's camp claim that their man remains third or fourth on his striker shortlist for the summer, the likes of Edinson Cavani and Gonzalo Higuain have been set as the ‘benchmark’ for any potential arrival.

Wenger enquired about Mitroglou while he was playing for Olympiakos in 2013 and has previously experienced the full force of ‘El Pistolero’ after he scored when the two teams met in the Champions League group stage in 2011 and 2012 respectively.

Several major Portuguese news outlets including A Bola and Record have claimed in the past few days that a deal had been discussed between Mitroglou’s representatives, Arsenal officials and his parent club Fulham - although Goal understands that these reports are completely false.

Mitroglou is currently in talks over a permanent deal with the Portuguese champions and has verbally agreed a deal, although he will need to reduce his wage from €2.8 million per season to €1.8m, while Fulham are prepared to let the striker leave if Benfica can match his €7m buyout clause.