The former Tottenham striker is currently a free agent but reports suggest that he has been in negotiations with the Blues over a shock move, along with West Ham and Watford

Emmanuel Adebayor has held talks with Chelsea as he nears a possible return to the Premier League, according to the Daily Mirror.

The Togo international, who was released by Tottenham earlier this season, is said to be keen to remain in London as he seeks a new club, and has reportedly contacted the Blues in a bid to gauge their interest in a potential move.

Adebayor, who is still being paid £100,000-per-week by Spurs until his contract expires next summer, is also said to have opened negotiations with West Ham and Watford.

The former Arsenal striker has struggled for moves in the past and repeatedly refused to leave White Hart Lane, but he is reportedly confident in his own fitness and is seeking a return to the top-flight.

However, any interested party will have to negotiate with Tottenham chairman Daniel Levy, a notoriously hard businessman, over Adebayor's salary, according to the report. 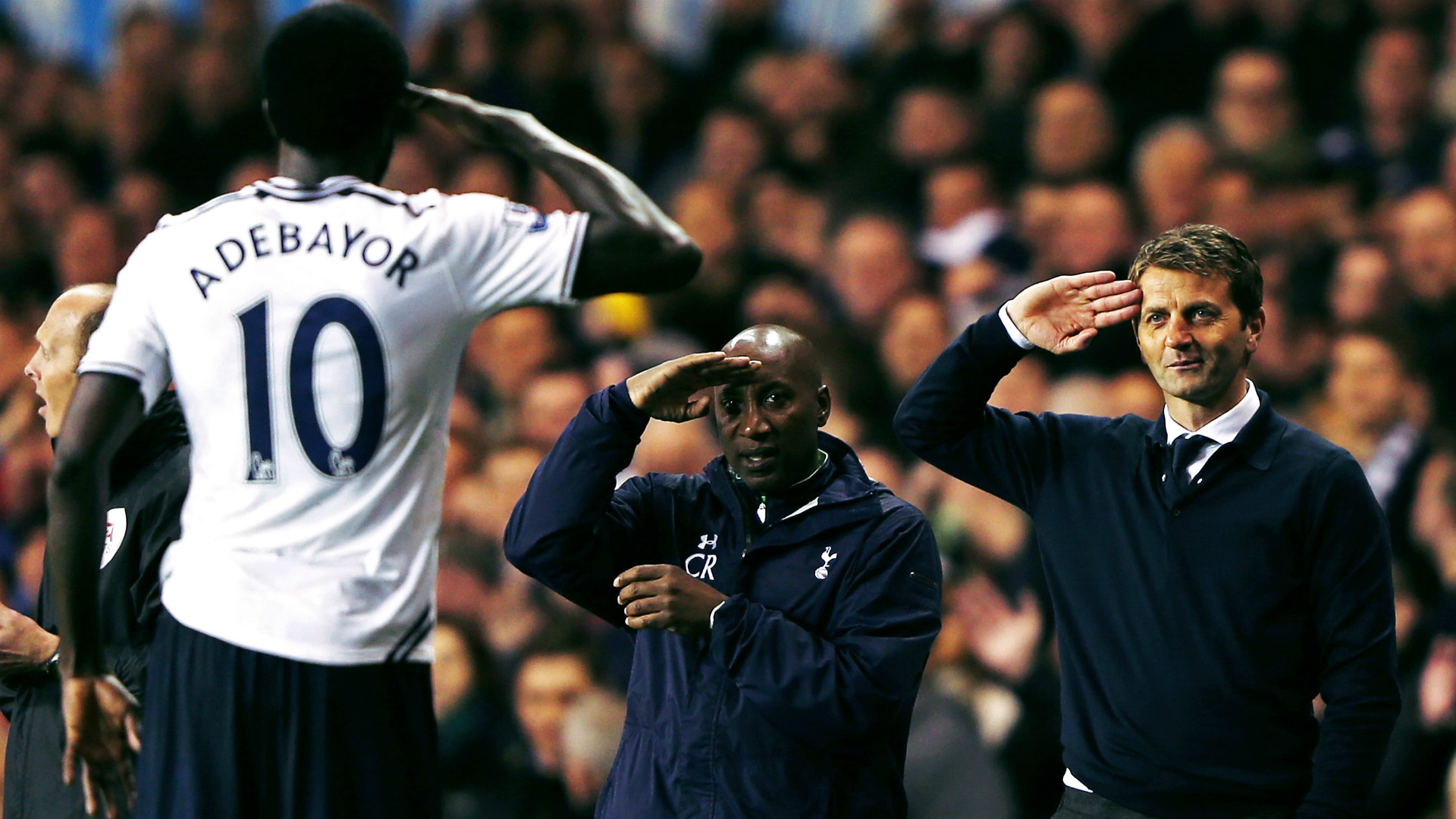