The Chelsea goalkeeper is ready to tell the club that he wants to move to the Gunners as he is keen to keep his family in London
Petr Cech will tell Chelsea that he wants to join Arsenal this summer, Goal has learned.

The Blues goalkeeper looks set to leave the club in the transfer window in search of more first-team opportunities after falling behind Thibaut Courtois in the pecking order at Stamford Bridge.

Arsenal have shown the most serious interest in Cech and believe they can strike a deal with Chelsea to sign the 33-year-old, despite initially being told that the Premier League champions would not sell to a direct rival.

Jose Mourinho has said that he would prefer Cech to move abroad but there is a growing sense that Chelsea will let him choose his next club out of respect for his 11 years of service in west London.

Paris Saint-Germain have been linked with the goalkeeper in the past while Manchester United are closely monitoring his situation should David De Gea complete his anticipated switch to Real Madrid this summer.

But Arsenal manager Arsene Wenger is ready to tempt Cech with his ambitious plans to challenge for the Premier League title next season after the Gunners successfully retained the FA Cup last weekend.

Crucially, a move to Arsenal would mean the former Rennes keeper would be able to stay in London; he is keen to avoid uprooting his family, with his two children settled at school in the capital.

The Czech Republic international has only one year remaining on his contract but Chelsea are expected to demand at least £15 million for his services. 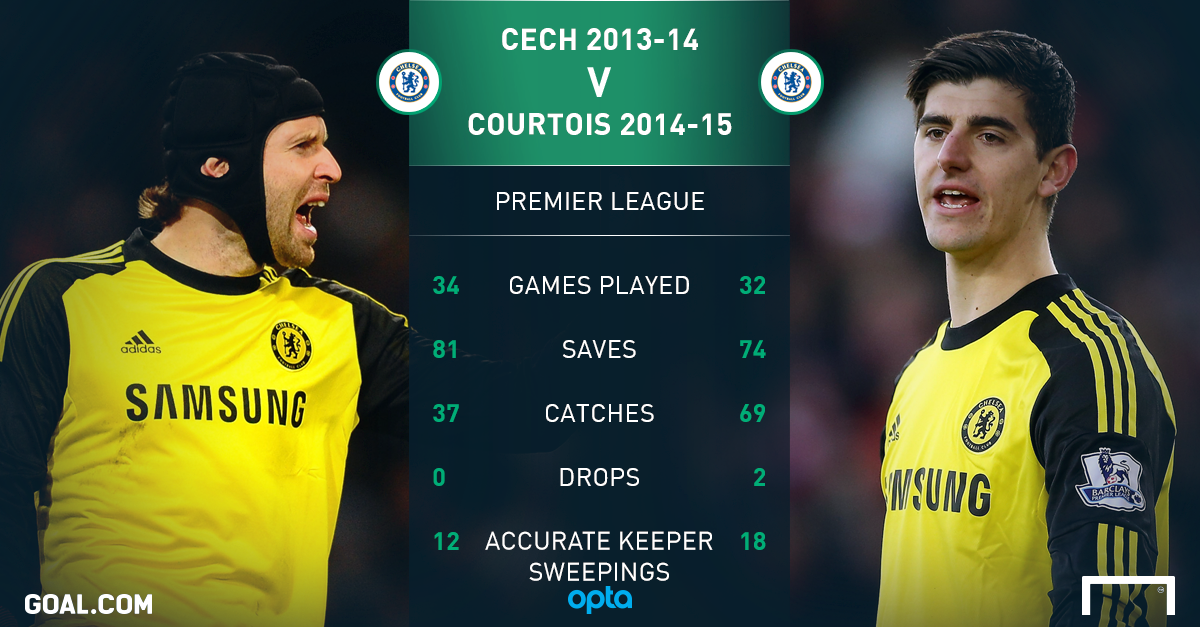 Chelsea manager Jose Mourinho suggested last month that he would urge the club to resist selling Cech, , who made 16 appearances this season but just seven in the Premier League, particularly if his departure was to facilitate the improvement of a direct rival.

But the Portuguese also admitted that the decision might be taken out of his hands by Chelsea owner Roman Abramovich and the club’s board.

“For me, decision number one, Petr will stay. After that, second point, to go but not in England. The option I don’t want is for him to go to an English club.

“But, I repeat, I am just the manager and he means so much for this club and what he did in this club, I think he deserves everything from this club. If the club decision is different to mine I will accept it.”
Close