Goal revealed earlier this week that the dismal defence of their Premier League title will prompt City to embark on a dramatic overhaul of their first-team squad in the close season, with as many as 14 players potentially set to leave the Etihad Stadium.

Laporte, a France Under-21 international, has been watched several times by City scout Rob Newman this season, while the club’s director of football Txiki Begiristain is understood to be a keen admirer.

City believe they are capable of securing the services of the talented centre-half for around £25 million, well below the £30m buyout clause which was included in the contract the 20-year-old signed last June. 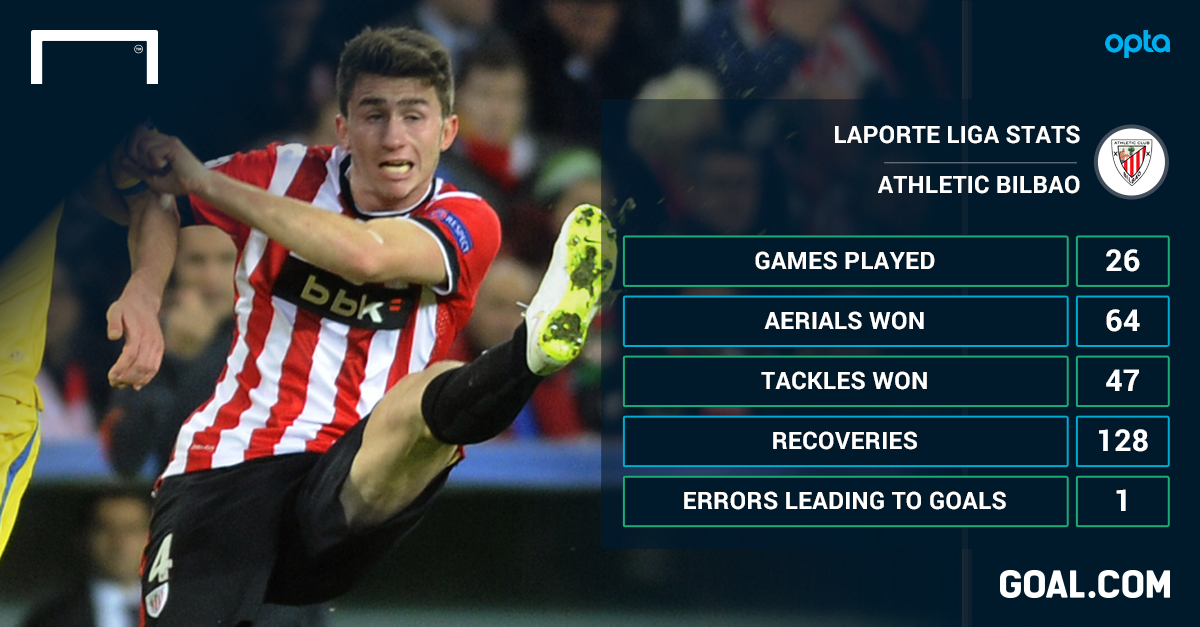 The Premier League champions' summer priority is to reinvigorate a midfield that has been short of dynamism this season and a forward line, Sergio Aguero aside, severely lacking in pace.

Paul Pogba, Ross Barkley and Kevin de Bruyne are long-term targets earmarked to replace Samir Nasri and Yaya Toure, who are available this summer, while Jack Wilshere’s situation at Arsenal is being monitored.

City do not, at this stage, plan to invest as heavily in defence after tying Martin Demichelis to a new one-year deal last month, while the club also retain complete faith in captain Vincent Kompany and Eliaquim Mangala despite their respective struggles this season.

The club also plan to give Jason Denayer, who has impressed on loan at Celtic this season, a chance to earn a first-team squad place during pre-season.

Kerim Rekik, meanwhile, will also be offered a new deal, although the Dutchman is likely to push for the opportunity to spend another season at PSV Eindhoven where his displays this term earned him a first senior international cap last month.