Manchester City defender Matija Nastasic has been offered to Arsenal and Tottenham in the January transfer window for a cut-price £5 million, Goal can reveal.

Nastasic was told to find a new club over the summer but remained at City despite interest from a host of Italian clubs.

City's desire to recoup as much as possible of the £12m that they paid for him and the 21-year-old's refusal to accept a drop in his £75,000-a-week salary blocked a move away from the Etihad Stadium.

The Premier League champions are, however, prepared to let Nastasic leave on the cheap in the January transfer window, with the Serbian now an outcast under Manuel Pellegrini. 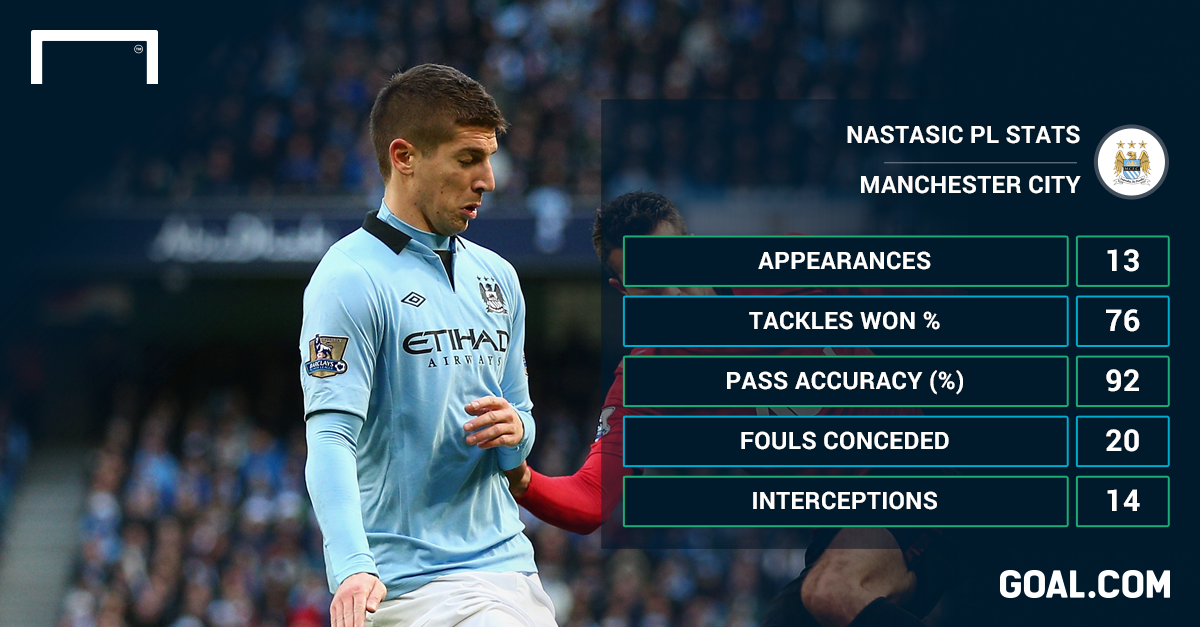 Nastasic has not even been named as a substitute in any of City's matches this season since playing in the Community Shield defeat to Arsenal in August.

The 21-year-old has found himself behind Vincent Kompany, Martin Demichelis, Eliaquim Mangala and Dedryck Boyata in the pecking order under Pellegrini and City are now actively touting him to other clubs.

North London rivals Arsenal and Spurs have both suffered defensively so far this season and have been approached over possible deals for Nastasic in the New Year.

Arsenal, though, are understood to have prioritised West Ham's Winston Reid and Celtic's Virgil van Dijk as Arsene Wenger looks to bolster his struggling back line in January.

Tottenham have also struggled badly defensively this season but would not pay Nastasic anything near his £75,000-a-week wage demands, an obstacle that blocked potential moves to Roma and AC Milan over the summer.

Nastasic joined City in a £12m transfer from Fiorentina in 2012 and was named the club's young player of the year the following summer after an impressive debut season under Roberto Mancini.

But the defender, who is contracted until 2017, made just 13 Premier League appearances last term as he struggled with injuries and form and has since fallen completely out of favour.