The 19-year-old, who can play right-back, centre-back or as a midfielder, has long been regarded as one of the top young prospects in English football and the Gunners have now won the race for his signature, agreeing a deal that will eventually rise to £16 million.

Chambers is understood to have already had a medical, ahead of signing a deal at the Emirates which will see Southampton paid an initial £10m.

Liverpool boss Brendan Rodgers wanted to take the teenager to Anfield, but Chambers has instead opted for north London and the opportunity to link up with Arsene Wenger. 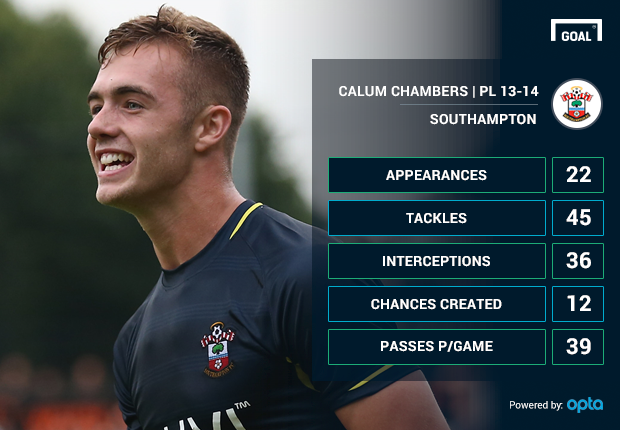 Chambers had four years left on his current deal but had his head turned once Arsenal made their move, with Southampton realising it would be difficult to shun the interest from one of the Premier League's top clubs.

New Saints boss Ronald Koeman was keen for Chambers to remain at St Mary's and challenge Nathaniel Clyne for the right-back spot, but the Dutchman has reluctantly accepted the deal is going to go through.

Chambers will be the latest Southampton star to depart the club this summer following the exits of Adam Lallana and Rickie Lambert to Liverpool, while Luke Shaw has also left for Manchester United.

Dejan Lovren, meanwhile, is set for a move to Liverpool and, as exclusively revealed by Goal, Arsenal have redoubled their efforts to sign Morgan Schneiderlin, with Tottenham also keen on a deal.
Close