The France international is set to become the Gunners' first summer signing, though the club's spending could reach £40m this week as talks for Alexis Sanchez progress
EXCLUSIVE
By Wayne Veysey | Chief Correspondent

Mathieu Debuchy has undertaken an Arsenal medical ahead of a move from Newcastle United worth a minimum of £8 million, Goal can reveal.

The France right-back will be confirmed as the Gunners' first summer signing when the formalities of the transfer are completed in the coming days.

Goal understands that Arsenal will pay an upfront fee of £8m for Debuchy that will be supplemented by appearance-related add-ons.

The 28-year-old defender revealed he was in talks to join Arsenal in the wake of France’s exit from the World Cup last Friday.

The terms of the deal were finalised over the weekend, allowing Debuchy to then complete a medical.

Barring any late hitches, the Frenchman will be confirmed as Bacary Sagna’s successor later this week, with the possibility that it could be timed to coincide with the launch of the new Puma kit deal on Thursday. 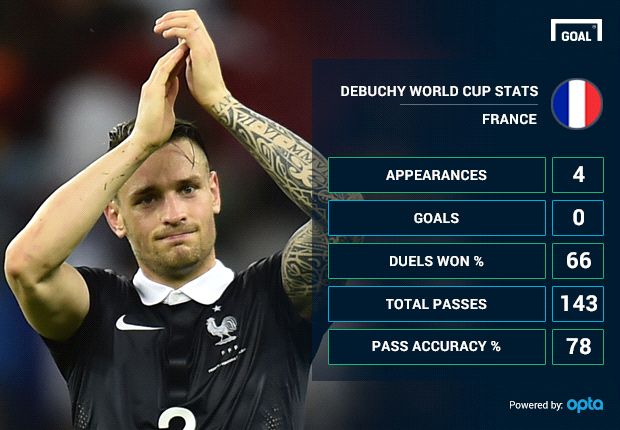 Arsenal’s spending on transfer fees could reach the £40m mark in the next week as they are also on the verge of capturing Alexis Sanchez. As revealed by Goal on Sunday, the Gunners have agreed to pay Barcelona a £32m fee for the Chile star and have also agreed in principle a financial package with him.

Wenger moved for Debuchy after deciding to buy a proven right-back rather than a more inexperienced player in the mould of the 21-year-old Toulouse defender Serge Aurier, who had been closely pursued by the Gunners after it became clear than Sagna was joining Manchester City.

Having watched Juanfran, another experienced target, sign a contract extension with Atletico Madrid, Wenger sanctioned a swoop for Debuchy.

The Frenchman has been the regular right-back at Newcastle since joining from Lille in January 2013 and started four of France’s five World Cup matches ahead of Sagna.