Marcos Vazquez
The Argentine legend owes a huge debt of gratitude to the revolutionary, whose relationship with the Napoli great means he is still around today

On Friday November 25, Fidel Castro, the leader of the Cuba Revolution, passed away. His death was reported in a televised message by his brother Raul.

“The commander in chief of the Cuban revolution died at 22:29 hours this evening [03:29 UK time, Saturday]," he said before adding his brother’s immortal words: “Hasta la Victoria siempre!” – “always towards victory”.

Cuba has declared a period of mourning until December 4, which is when the former president’s ashes will be laid to rest in Santiago.

All this may seem very distant from the world of football, but the iconic leader, who brought down the Batista regime to create a socialist state in 1959 along with the help of Che Guevara, played a key role in the life of Diego Maradona – arguably the game’s greatest player. 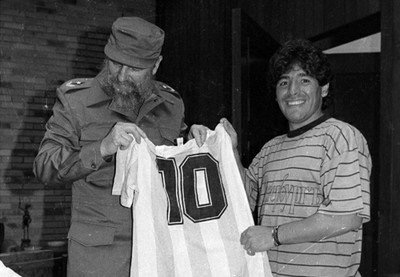 The first time the Argentine great visited Cuba was in 1986 in the aftermath of his inspirational displays that led to his nation winning their second and to date last World Cup.

Maradona met Castro and was amazed by his tales, thereafter returning several times to the Caribbean island. He would take football shirts to the president as gifts.

It was not until after Maradona retired, however, that the pair’s relationship reached its strongest point. The Argentine great was in a dreadful state due to his problems with drugs and needed hospitalisation to rehabilitate. Castro saw the opportunity for the Cuban health service – which had more qualified doctors than the whole of Africa – to step in and made ‘La Pedrera’ clinic available to for his friend's use. 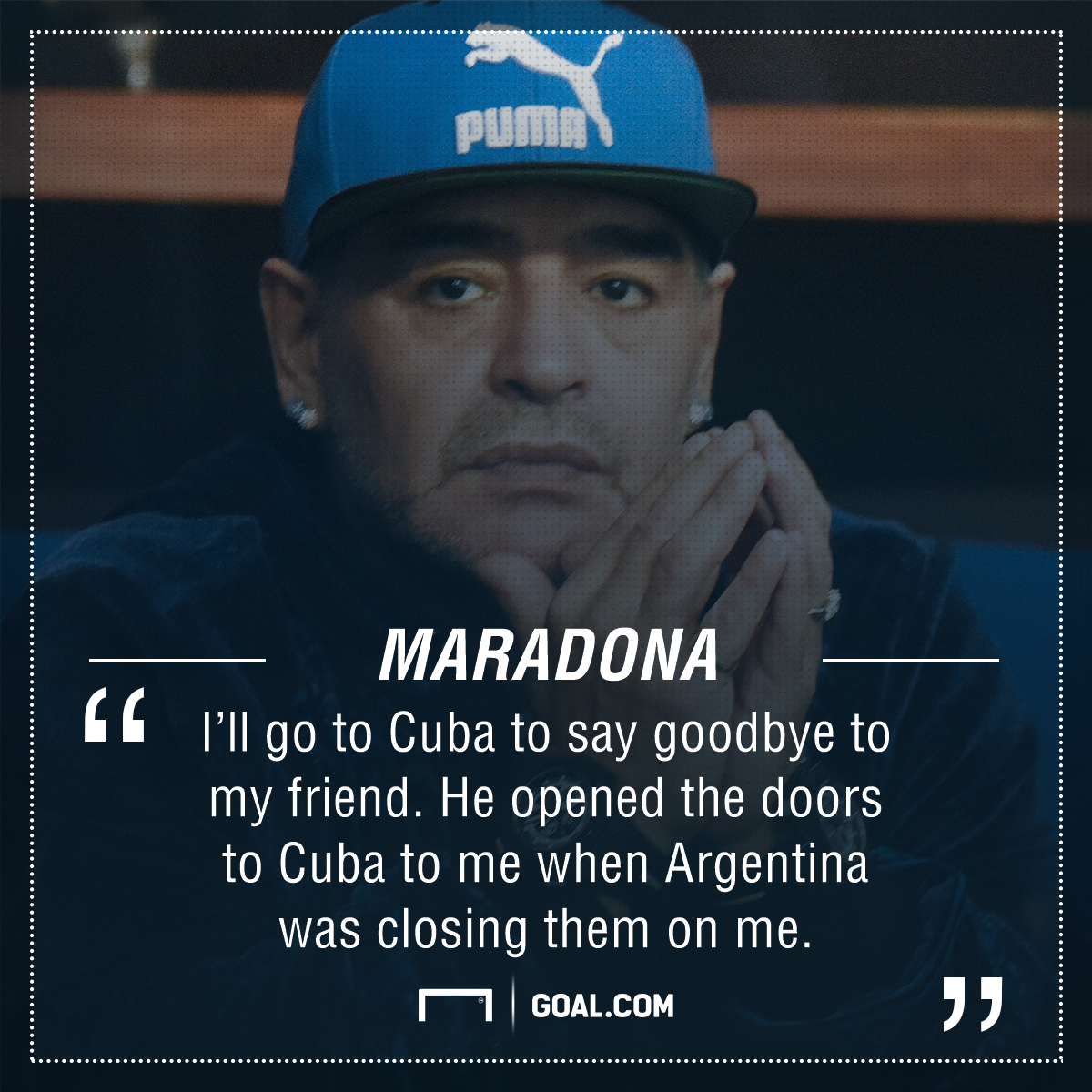 This proved to be the beginning of Maradona’s recovery, and those close to the player at that era recognise the fact that Castro’s intervention essentially saved his life.

Maradona has paid tribute to his great friend from Croatia, where he is current watching the Davis Cup final, stating to TyC Sports: “He was like a father to me. When the tennis is over, I’ll go to Cuba to say goodbye to my friend. He opened the doors to Cuba to me when Argentina was closing them on me.”

World football, therefore, must thank Castro, a devout baseball fan, for saving one of the greatest players of all time. Diego will no doubt enjoy a cigar in his honour.